Home » Clinic languishes for years with shortages of space, water 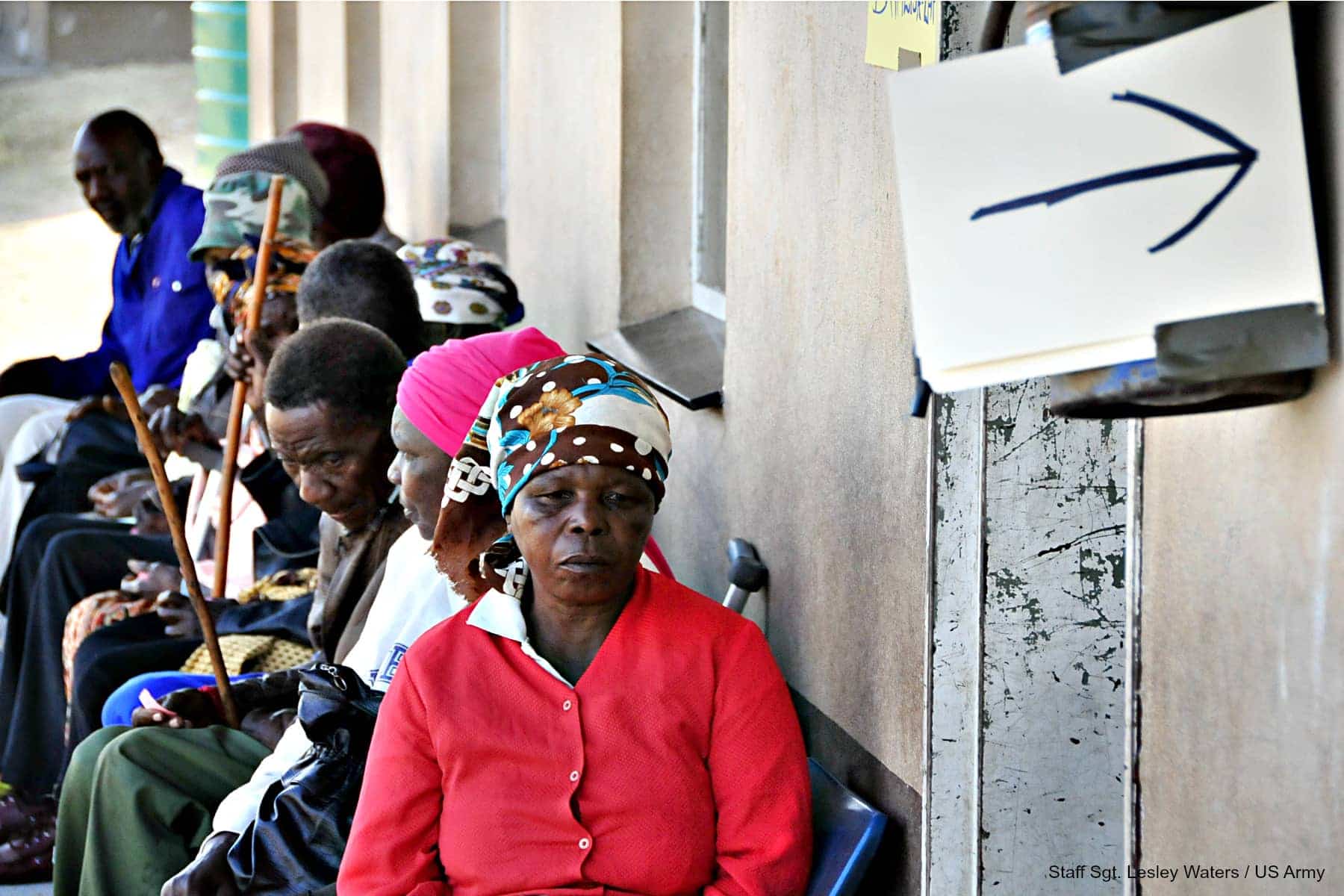 Nursing staff and patients at the Bankhara Community Clinic outside Kuruman, Northern Cape say their clinic continues to struggle with medicine and space shortages almost two years after OurHealth first reported on the clinic’s poor state.

Clinic languishes for years with shortages of space, water

OurHealth first reported on the poor conditions at Bankhara Community Clinic in June 2013 when District Manager Masego Kaotsane said the Department of Health was aware of the clinic’s challenges and hoped to resolve the problems in the next fews years. A year later, during his pre-election campaign in 2014, President Jacob Zuma visited the area and promised improvements for the struggling locals, many of whom unemployed and living in poverty

Almost two years after OurHealth first reported on the clinics, patients continue to complain of medicine and space shortages. Peer educator Thandi Keakitse adds that patients are so desperate to be one of the 100 patients seen per day that it is difficult to hold health talks.

“It is difficult for us to do Health Education in the morning because patients don’t want to stand for a long time and there are limited chairs,” Keakitse tells OurHealth. “They all want to form part of the 100 people to be seen so as not to be turned away and have to return again.”[quote float= left]”The only updates we get from the clinic committee is that (a new) Bankhara Clinic will be built after the clinic in another village, Kagung, is completed”

The clinic also suffers water shortages, which are not uncommon in the area. The clinic does have a water tank that is filled up by municipal water trucks however local residents say that community members often pilfer water from the tank.

“They jump over the fence and say they also need water to survive,” says one local, who did not want to be named.

Community members have also stolen sections of the clinic’s fence, including the gate, says Maggie Moolman, a community member. Moolman also alleges that the clinic was out of her medication when she recently arrived to collect it, and that nurses were forced to borrow medications from a neighbournig health facility.

A nurse, who requested to remain anonymous, tells OurHealth that she often had to collect medicines and other equipment from another clinic because Bankhara Clinic lacks storage space and that the clinic had suffered medicine theft.

She describes the clinic enviroment as “depressing for both the staff members and the patients”.

“Patients are forced to queue outside in rainy, cold and sunny weather because there is just no space,” she tells OurHealth. “The only updates we get from the clinic committee is that (a new) Bankhara Clinic will be built after the clinic in another village, Kagung, is completed – that is a project funded by one of the mines.”

The Northern Cape Department of Health did not respond to requests for comments.