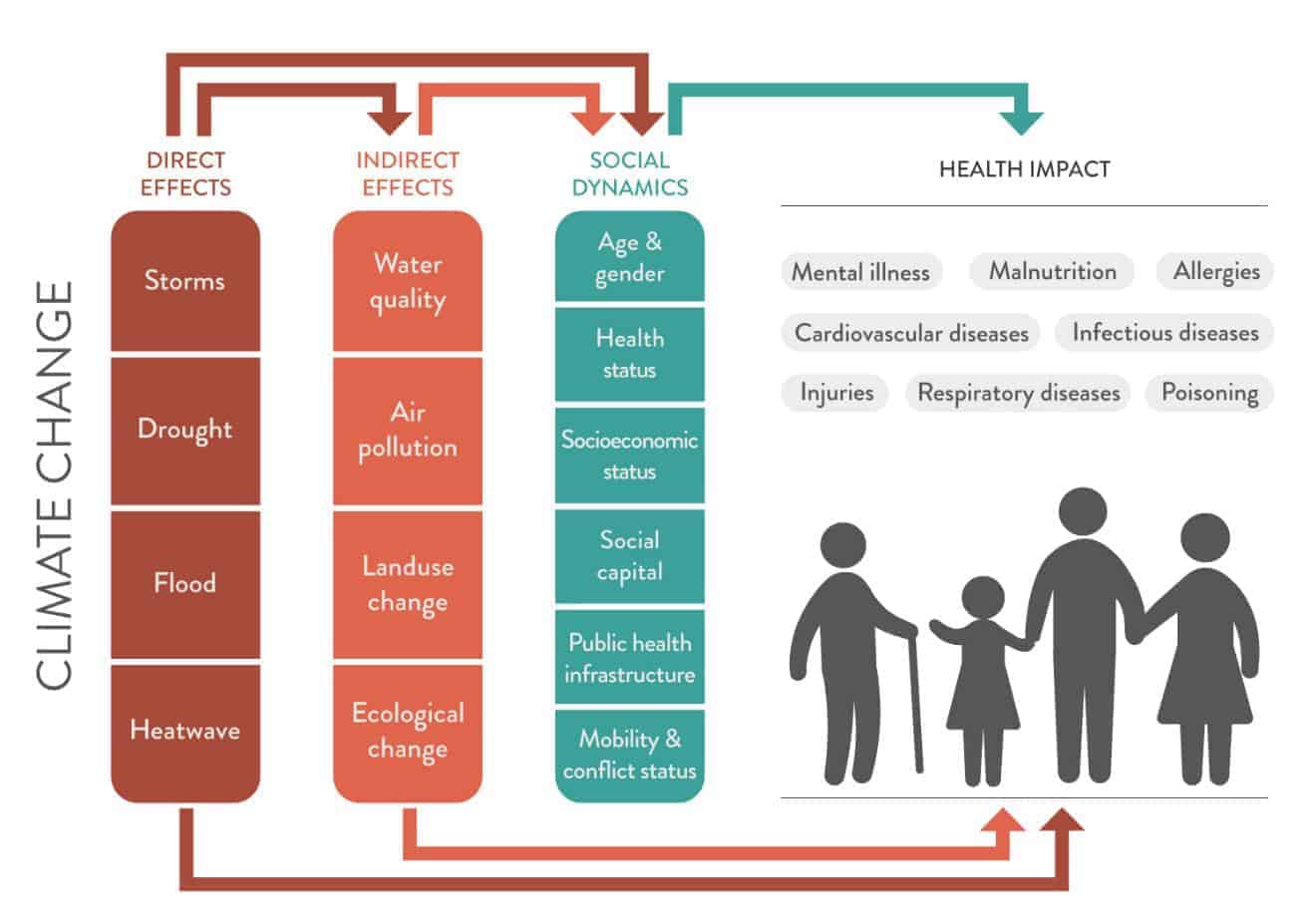 Climate change could wipe out all the health gains made in the last 50 years and urgent steps need to be taken to prevent further increases in global temperature. 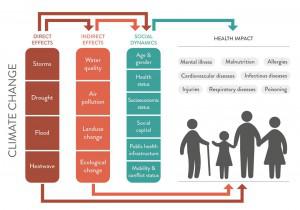 This infographic shows the direct, indirect social and health impacts of climate change according to a report published in The Lancet

This is according to the findings released today of the Health and Climate Change Commission set up by the British medical journal, The Lancet.

Last year was the hottest on record and the world’s temperature has increased by 0,85 percent in the past 130 years. There is scientific consensus that global temperature cannot increase more than two degrees if the world is to avoid catastrophe.

The direct impact of climate change comes from the increasing frequency and intensity of extreme weather, particularly heat waves, floods, droughts and storms, says the report.

This week alone, a heat wave has killed 180 people in Pakistan, California is in the grips of its worst drought in 1 200 years and water restrictions have been introduced in KwaZulu-Natal.

Extreme weather disrupts water and food supplies, resulting in malnutrition and water-borne diseases such as cholera and diarroeha.

Increased carbon emissions is one of the drivers of global warning and a major cause of air pollution, along with ground level (“bad”) ozone which is caused by chemical reactions that thrive in sunlight. Air pollution increases respiratory diseases.

“China’s air pollution has already come at great cost, with an annual pollution­ related mortality of 1,21 million in 2010,” according to the report.

Temperature increases allow mosquitos carrying malaria and dengue to breed in places that were previously too cold.

Old people are particularly vulnerable to heat waves, while high temperatures make it harder for people to work outside – impacting on agriculture and construction. 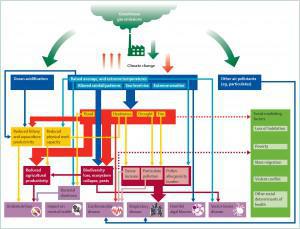 Green houses emissions are raising temperatures and changing rainfall patterns, leading to a loss of biodiversity and ultimately an anticipated increase in parasite-born diseases as this graphic provided by The Lancet shows.

In addition, violent conflict is likely as people displaced by floods and droughts try to find new land. For example, Bangladesh is one of the countries most vulnerable to flooding. More than five million people live in areas prone to cyclones and storms and might need to find alternative places to live in the next 30 years.

People severely affected by extreme temperatures are likely to experience mental health challenges such as post-traumatic stress, anxiety and depression, according to the report.

But the report also says that concerted global efforts to tackle climate change also represent one of the greatest opportunities to improve global health.

Commission co-Chair Professor Peng Gong, from Tsinghua University, Beijing, China, says “The health community has responded to many grave threats to health in the past. It took on entrenched interests such as the tobacco industry, and led the fight against HIV/AIDS.  Now is the time for us to lead the way in responding to another great threat to human and environmental health of our generation.”

The report proposes a “decisive policy package which targets air pollution from the transport, agriculture, and energy sectors”, calling for the “rapid phase out of coal to protect cardiovascular and respiratory health”.

The commission concludes that a strong international consensus is essential to move the world to a global low-carbon economy, harnessing a crucial opportunity to protect human health, particularly of the poorest and most vulnerable populations, who stand to be hardest hit by the effects of climate change.

As a result of the Commission’s work, the authors propose the formation of a new global independent body on climate change and health (‘Countdown to 2030: Climate Change and Health Action’).  This global coalition will monitor and report every two years on the health impacts of climate change, progress in mitigation policies and their interaction with health, and progress with broader actions to reduce population vulnerability, to build climate resilience, and to implement low carbon, sustainable health systems.

Climate change facts at a glance

An edited version of this story was first published on IOL.co.za