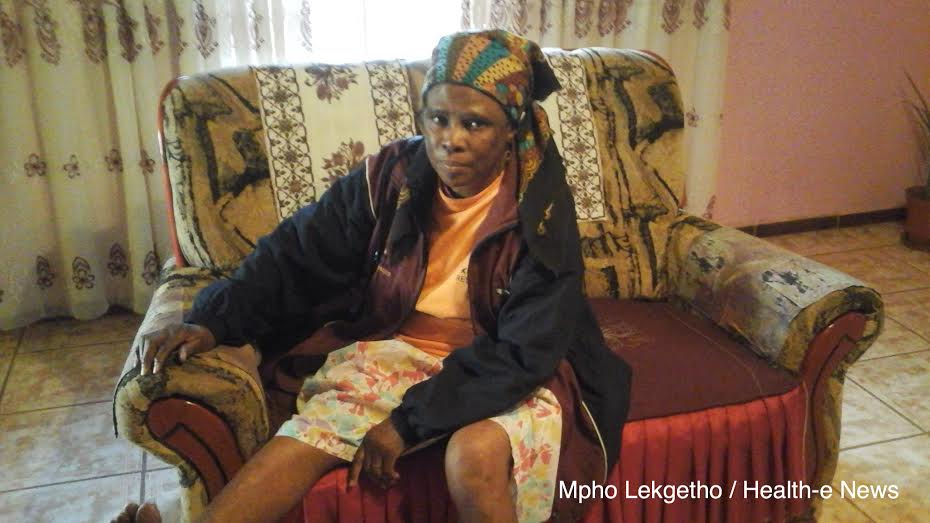 Elsie Mtuedwa claims she was wrongly diagnosed and that it cost her a toe, that was amputated.

Mom gets toe amputated for no reason when wrongly diagnosed as diabetic, claims son.

‘Please help me save my mother,’ son pleads with N. Cape Health authorities 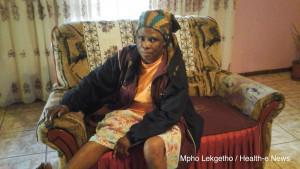 Elsie Mtuedwa claims she was wrongly diagnosed and that it cost her a toe, that was amputated.

A desperate son has watched helplessly for almost a year as his ailing mother was sent from pillar to post, and finally wrongly diagnosed as diabetic before having her toe allegedly unnecessarily amputated.

Now Elsie Mtuedwa, from Gantatelang Village in Kuruman, Northern Cape, cannot walk unaided and is still suffering from the excruciating pain that got her to the hospital in the first place.

Her desperate son, Andrew, is trying everything to help her. To date he has not had any response to his letters to Northern Cape health authorities in regard to what he believes is a case of negligence.

“The situation is so bad, I have decided to pack up my mother and her belongings and take her to Cape Town where I live so that she can get proper treatment,” he told OurHealth.

Elsie’s drama started last October when she developed severe pains in her legs. At the local clinic in Churchill she was given pain killers and sent home.

“I actually started going to the clinic every week to get these tablets as I was taking extra ones to try and ease the pain but the pain did not stop,” she said.

Finally the sister in charge referred her to the district hospital in Tshwaragano. When nothing was done to assist her there, claims Elsie, she then turned to her son.

Andrew put in leave immediately and came to his mother’s aid. He went to the hospital and insisted she be admitted.

Tests were done, and Elsie was diagnosed with diabetes  and put on medication. However, her condition continued to deteriorate and she was then sent to the Kimberley provincial hospital where her toe was amputated.

Tests later confirmed that Elsie was not diabetic. She claimed the Kimberley hospital discharged her despite still being in pain.

“To date no one has really come to my aid besides my son. What concerns me is that if they wrongly diagnosed me they can do this to someone else. This is a very dangerous thing, they can’t play with people’s lives,” said Elsie.

Andrew said his mother has been treated worse than an animal.

“If my mother was an animal someone would open a case of cruelty against animals, so all I want to know is: do we have a law against cruelty to humans?” he said. “If so, how long will my mom have to suffer before the department of health helps here or is everyone just going to let her die from this pain?”

Andrew said that he has written an email to the Northern Cape Minister of Health MR Scholtz but to date has had no response.

OurHealth’s attempts to get hold of Scholtz as well as  Northern Cape Department of Health Spokesperson Lulu Mxekezo also proved futile. No response was received before going to press.