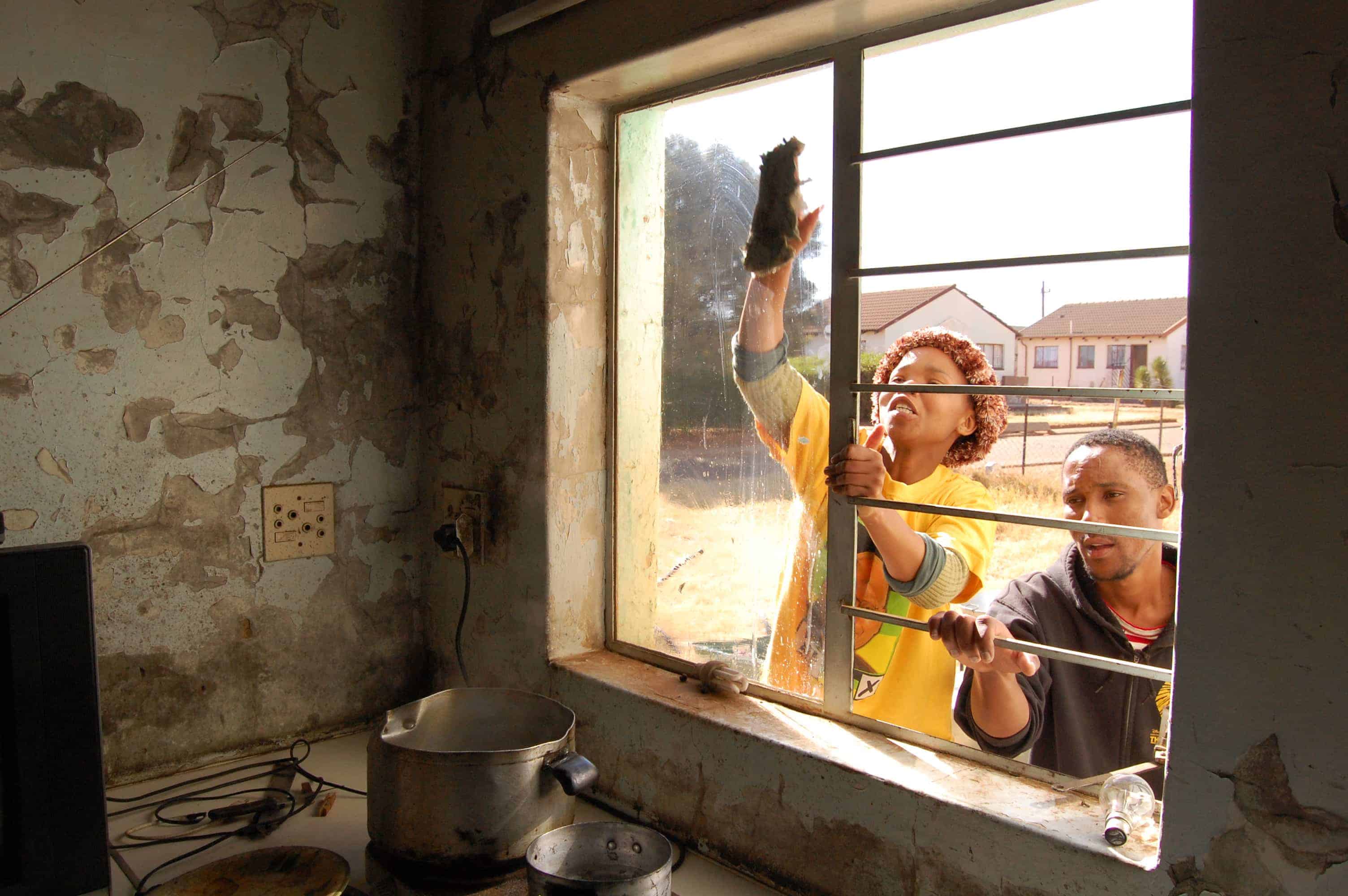 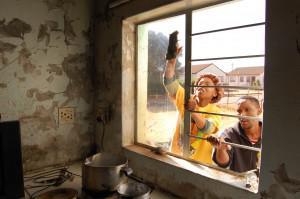 ANC Youth League members joined the community in helping a sickly pensioner get her home neat and clean. Photo by Itumeleng Tau

Community members came to the aid of a sickly pensioner in Jouberton, North West, recently, helping transform her poor living conditions into a cleaner, brighter place for her.

Sophie Ntshetshe, 71, had struggled for years with only her asthmatic unemployed son to fend for her but relief came when the residents, led by members of the ANC Youth League, descended on her home in Extension 6 and extended a bit of ubuntu.

The community members cleaned the house and garden as an initiative for Mandela Day.

The garden had overgrown grass and trees. The house had no running water and bad electrical connections. The geyser had not worked for years. There was a fire in the house a few years ago, which had destroyed parts of it, and Sophie did not have money to repair the ceiling. The walls and ceiling were black because of fire damage.

Sophie’s son Mpho Ntshetshe is now 42. He has no steady job and relies on piece jobs, she told the community members. Sophie said that she is too weak to take care of the house and that her son sometimes gets asthma attacks. “When he gets the attacks we struggle to get him to hospital because of lack of transport,” said Sophie.

The community washed windows, curtains and clothing. They also mopped floors and cut the overgrown grass and trees.

Councillor of Ward 8, Mojalefa Nthaba told OurHealth: “I will get somebody from the municipality to fix the electricity and water problem.”

Selloane Pholo, a member of the Youth League said they “identify poor homes in the community and then we clean, offer food parcels and register the households on indigent grants. Once registered for the grant the household will get help from the local municipality.”

There were only a few old pots and plates in Sophie’s kitchen. The ward councillor was “shocked” at what he saw in the kitchen. “This is bad. These pots are not suitable for cooking and looking at the stove it looks like no cooking takes place in this kitchen. What does granny Sophie eat? An old woman cannot drink medication on an empty stomach. Sophie must at least have some porridge to eat in the morning,” said Nthaba.

Sophie’s younger sister Maria Ntshetshe said she comes to the house from time to time to help out. “I am very happy to see the community also helping out,” she said.

Sophie thanked community members for helping her. “I am very happy. May God bless them,” she said.