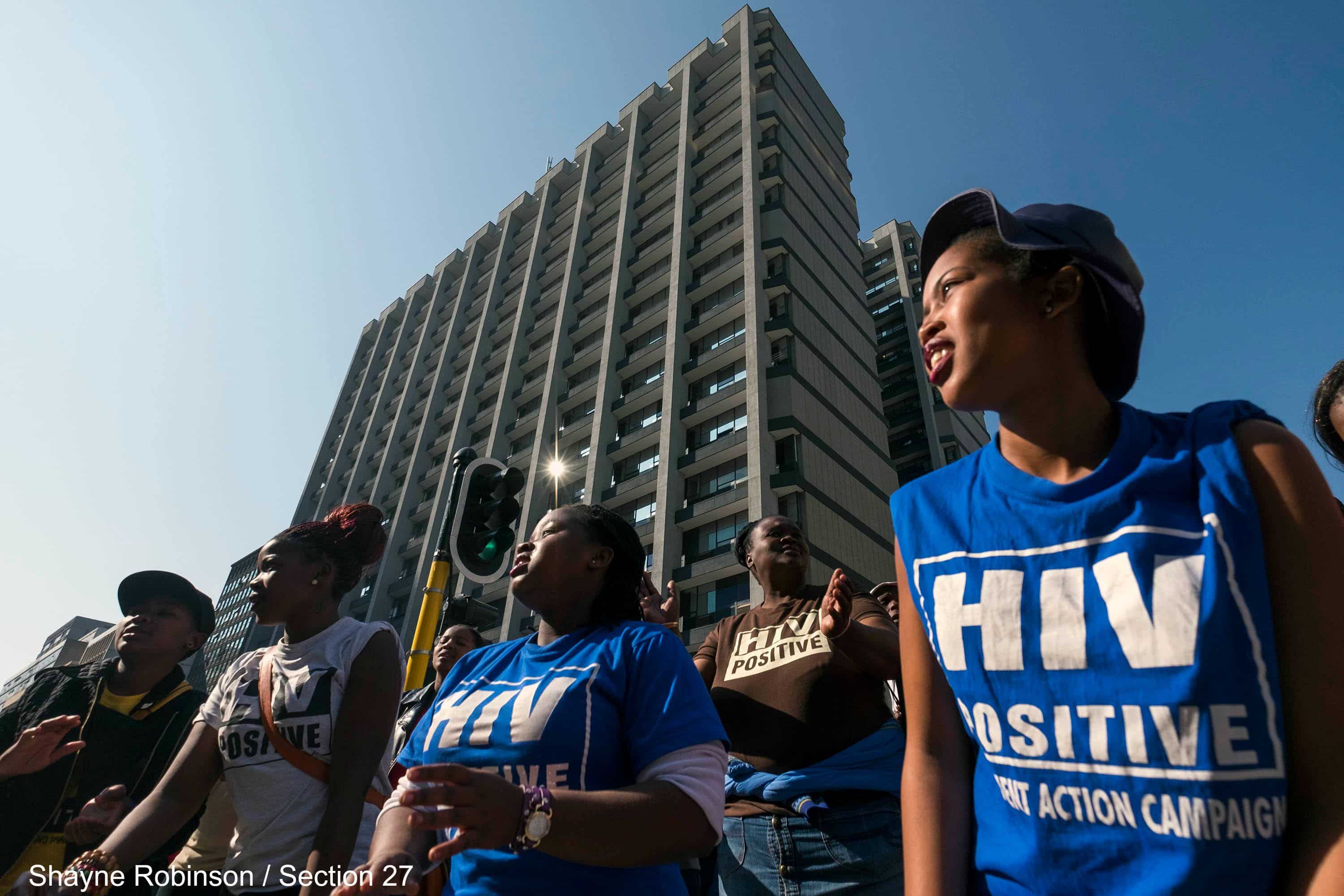 About 200 Treatment Action Campaign (TAC) members picked outside the South Gauteng High Court yesterday in support of TAC’s application to become a friend of the court in what may become the country’s first class action suit against the gold industry. 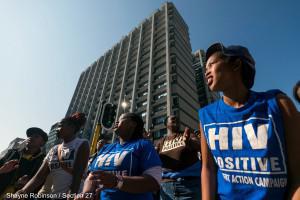 TAC staged protests outside the South Gauteng High Court as well as TEBA mine worker recruitment offices in Butterworth and Lusikisiki, Eastern Cape

The South Gauteng High Court yesterday reserved judgement on whether TAC and Sonke Gender Justice will be allowed to appear as friends of the court in what could be the county’s first class action against the gold industry.

The duo are pushing to be admitted as friends of the court ahead of an October hearing that will determine whether the landmark class action suit against about 30 gold mines is allowed to move forward.

TAC and Sonke Gender Justice say that, if accepted, they will provide testimonies showing that silicosis and TB not only affect miners and families, but also larger communities. Sonke argues that, by effectively sending sick miners home to die, the gold industry shifts the burden of caring for their workers to rural women and girls.

“We are applying to become friends of court to present gendered impact of the burden of care that are arising from silicosis,” said Sonke Gender justice Government and Media Liaison Patrick Godana. “Woman and girls are confronted with a burden of care as husbands and fathers are sent homes by the very same gold mine companies to go and die after they are declared unfit for work.”

The pair is being represented by public interest law organisation Section27. The friends of the court application has been opposed by the majority of the about 30 mines listed as respondents in the class action.

“The gold mine companies are trying to silence TAC,” Heywood told OurHealth. “We are saying court must accept us as friends of the court since we are the voice of the poor, the voice of people that are harmed by apartheid.”

The South Gauteng High Court is expected to hand down its judgement regarding the friend of the court application by the end of the week.

Silicosis is a lung disease arising from exposure to silica dust during mining that can appear decades after people are exposed to the dust. About a quarter of long-serving miners have silicosis, according to statistics cited by the LRC.

The high burden of silicosis among South African miners has also helped to fuel a deadly epidemic of TB that has been raging for decades. By 2007, the Department of Health estimated that the country’s gold mining industry had the world’s highest rate of new TB cases.