Home » Reporting rape when the police don’t take you seriously

Despite rape being a serious problem in South Africa, some police officers still don’t know how to treat rape survivors properly.

Reporting rape when the police don’t take you seriously

After being raped at knife point at the end a party, Thola* went to her nearest police station to report the attack. But instead of being attended to compassionately, she was made to wait for two hours in the community service centre then had to give her report at an open counter in front of everyone in the room. 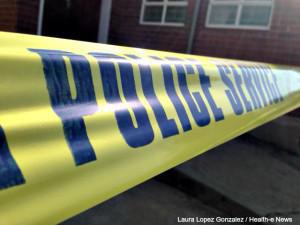 Police officials can cause survivors great distress when they do not take rape cases seriously or doubt the report made by a survivor.

Worse still, the officer on duty then refused to take the case, telling her instead: “Just go home, get some sleep, sober up and come back in the morning”.

It was only after Thola phoned her father, who came to the police station and complained, that the officer agreed to open a case and take her to a forensic facility to receive medical attention.

Unfortunately, stories like Thola’s are not uncommon as some police officers are not trained in the correct procedure for reporting sexual assault or rape and many survivors do not know their rights.

The Charter for Victims of Crime in South Africa sets out a number of rights, including that you have the right to:

* report the crime if someone has raped you;

* give and receive information about the rape

* be treated with respect for your dignity and privacy by all members of the criminal justice system.

The police officer on duty is legally obliged to take your report. S/he cannot turn you away if you have been drinking, according to the time of day or night, how long ago the crime was committed or where the rape happened.

* have the right to talk to a female officer;

* to make your report in your own language and in a private room. All police stations in South Africa are supposed to have victim friendly rooms set up for this very purpose.

If police officers refuse to take your report, they are violating your right to medical attention, and also risk the degradation of critical forensic evidence. You can ask to speak to the Station Commissioner and if they still refuse to take your case, you can go straight to a clinical forensic facility (usually based at a hospital), which will call the police. Later, you can lodge a complaint with your provincial police commissioner.

Insensitive behaviour by service providers can extend and prolong the trauma of rape and this is called “secondary victimization”.

Police officials can cause survivors great distress when they do not take rape cases seriously or doubt the report made by a survivor. Because officials sometimes have misguided ideas about rape, certain groups are at greater risk of not being taken as seriously, particularly men who have been raped, those raped by someone they know, women from poor communities, old people, children, people with disabilities and people from the lesbian, gay, bisexual, transgender and intersex (LGBTI) communities.

But reporting rape to the police can be distressing even if staff members are kind and sensitive. Retelling the story to many different people can force the survivor to relive the same traumatic feelings experienced during the rape itself.

Making sure the person arriving at the police station knows that their case is being taken seriously no matter what will help minimise the threat they feel about the process that lies ahead of them as well as reducing some of the trauma they have already experienced. It will also enhance their sense of fairness, since they are victims of a cruel injustice. Being attentive, asking relevant questions, showing interest and concern and telling the person that their case is being taken seriously should be an explicit part of police protocol.