Elizabeth Mahlangu is living with HIV. When her Daveyton clinic runs out of her antidepressant, it can cost her R110 to refill her prescription at a private pharmacy. All too often, those like Mahlangu suffer in silence, says the Treatment Action Campaign (TAC). 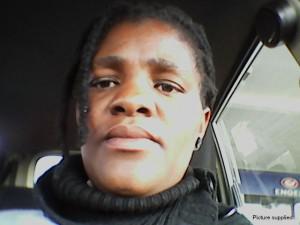 “The challenges that I face with mental health treatment is that sometimes it is out of stock,” says Mahlangu describing past instances when her antidepressant citalopram has been out of stock. In cases like this, she must spend R110 to buy it privately.

Mahlangu was diagnosed with anxiety and depression in 2012 at the Far East Rand Hospital in Springs east of Johannesburg. In the months prior to the diagnosis, Mahlangu said she experienced mood swings, and had begun to withdraw from friends and family. These symptoms prompted her to seek help.

“The reason why I wanted to be checked for mental health (issues) is because of the strange behaviour that occurred,” says Mahlangu, who adds that she was also in an abusive relationship at the time and believes that it contributed to her depression. “I found myself always angry with people and I had no interest in socialising.”

As a TAC member, Mahlangu was also concerned because she knew that one of the tablets that forms part of her ARV medication, efavirenz, has been linked to changes in mood as well as other mental health problems, according to the US National Institutes of Health.

In its latest HIV treatment guide, TAC notes that efavirenz has been linked to vivid dreams and anxiety, and may exacerbate depression. The group urges ARV patients experiencing these symptoms to tell their doctor or nurse.

After two years of therapy, Mahlangu says she started treatment for anxiety and depression with support from her family.

“Fortunately, my family and friends do not treat me as a mad person,” says Mahlangu, who adds her openness about her conditions has led her to become a resource for her community. “With my friends at home, when they have problems, they come and ask me for help and I refer them for help to the hospital.”

However, she says she continues to battle stigma from colleagues as well as medicine stock outs and staff shortages

“The challenges that I face with mental health treatment is that sometimes it is out of stock,” says Mahlangu describing past instances when her antidepressant citalopram has been out of stock. In cases like this, she must spend R110 to buy it privately.

Sibongile Moloshwa is also living with HIV and takes efavirenz. She also takes the medication risperidone, which is used to treat bipolar and schizophrenia and says she too has experienced stock outs of her mental health medication.

According to a report recently released by the civil society coalition, the Rural Mental Health Campaign, there are less than three occupational therapists, physiotherapists and psychologists for every 100,000 people in the public sector.

The report found that staff, drug and budget shortages were just some of the factors restricting access to mental health services in South Africa’s rural areas.

[quote float= right]“There are mental health consequences for people living with HIV… Sadly these are poorly identified and managed. Too often, we suffer our mental health problems in silence and in shame”

In a report commentary, the TAC has expressed concern that the mental health needs of people living with HIV remain overlooked.

“While our focus is on HIV, we also recognise that there are mental health consequences for people living with HIV… Sadly these are poorly identified and managed,” wrote the group. “Too often, we suffer our mental health problems in silence and in shame.”

TAC noted that depression and mental health problems were likely contributed to high rates of ARV patients who stopped coming to clinics, or who were “lost to follow up.”

“It is crucial that mental health care services are offered and integrated into ARV treatment programmes across,” TAC said in the recently released report, which also discussed the impact of mental health medication stock outs.

According to Gauteng Department of Health Spokesperson Steve Mabona, there are currently no stock outs of citalopram or risperidone. He added that the department is working to integrate mental health into primary health care not only to empower family physicians but also do address the shortage of psychiatrists.

He told OurHealth that the department is scaling up training in mental health for general practioners and nurses and that this is expected to reduce psychiatrists’ workloads.