No ARV shortage – Department of Health

9th January 2016 | Laura Lopez Gonzalez
Although educating people and children about HIV/Aids has been a challenge for WAAG, their efforts have resulted in more people disclosing their HIV status. (File Photo)

Following reports of shortages of 300mg lamivudine tablets, the Department of Health has assured the public there is no stock out of the antiretroviral (ARV) and issued clinician guidance regarding the formulation, which will no longer be offered on tender.

The Department of Health has slammed media reports of shortages of 300mg formulations of ARV lamivudine this week as “sensational” in a statement released yesterday (8 January).

Health-e News reported the alleged stock outs on Thursday after the Treatment Action Campaign reported shortages of ARV and East Rand patients reported being turned away from clinics empty handed. The Gauteng Department of Health confirmed shortages of the 300mg tablets but re-iterated that there was no cause for alarm as smaller, 150mg formulations of the drug were still available.

“We wish to confirm that, there is a shortage of lamivudine 300mg, however, we do have lamivudine 150mg tablets in stock,” Gauteng Department of Health Spokesperson Steve Mabona was quoted as saying in the article. He urged health workers to consider dispensing a double dose of the smaller, 150mg-formulation in lieu of the usual 300mg tablets.

Mabona told Health-e News the shortage of higher dose tablets is being addressed. He blamed the fact that some patients were being turned away empty handed from clinics on a miscommunication between district pharmacies and clinics.

Yesterday, the National Department of Health Spokesperson Popo Maja re-iterated Mabona’s assurance in a statement saying that there was there is no crisis of ARVs in Gauteng or elsewhere in the country in a statement.

According to a Department of Health circular issued Thursday, the 300mg formulation of lamivudine will no longer be available on tender as many patients who take the tablet can take one of three other combination ARVs.

The Department of Health has urged clinicians to make use of these combination ARVs and to reserve use of smaller 150mg lamivudine tablets of children and complicated cases.

According to Maja, this information had also been circulated to clinicians via an earlier statement. – Health-e News.

An edited version of this story also appeared in The Saturday Star.

Systemic racism has left people of colour exposed and unprotected against global health threats such as HIV for decades. These inequities are magnified by the disparity seen in Covid-19 health outcomes. 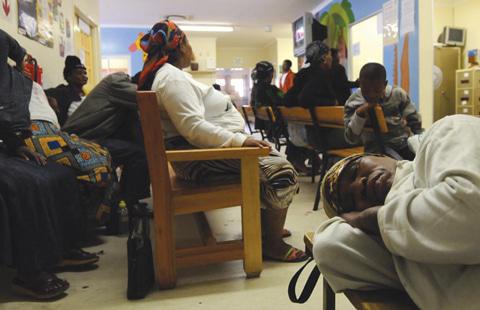