Months after Ha-Mashau residents in Limpopo watched a man die as he waited for an ambulance for more than three hours, the community of more than 15,000 says their cries for a dedicated ambulance for the area continue to go unheard.

The Limpopo, the Eastern Cape, Gauteng and Mpumalanga all admitted to running short on emergency ambulances in 2015 (File photo)

In October 2015, Health-e News reported that 47-year-old David Mashaba died after waiting more than three hours for an ambulance to arrive at his village of Ha-Mashau about 40 km east of Louis Trichardt.

Earlier this week, Mugovhani got another call from a panicked family.

“I received a call on Sunday saying that there was a woman who was about to give birth and she had been waiting for an ambulance for hours,” he told Health-e News. “I had to rush there and take her to the hospital.”

Luckily we arrived in time,” said Mugovhani, who previously alleged that he had never seen an ambulance at the local clinic.

Ha-Mashau resident Thomas Lebago said he sometimes questions the purpose of a clinic without access to emergency services or a doctor.

“It is useless to have a clinic without a doctor and an ambulance because when you get sick and go to seek medication, you already know that they are going to tell you to go to the Elim Hospital,” Lebago said. “You have to find your own means of transport to get there, as they are no ambulances at the clinic.”

Elim Hospital is about 20kms west of Ha-Mashau. In the absence of emergency services, villagers continue to complain about the high cost of hiring private cars to ferry emergency cases to Elim Hospital.

Both Mugovhani and the Treatment Action Campaign activists have reported raising the issue with the provincial department of health.

“We have been trying to address the issue of no ambulances at our village with the government for some time now, but nothing has been done,” Mugovhani said.

However, the department did unveil 60 new ambulances in August.

According to Limpopo Department of Health Spokesperson Macks Lesufi, the department is working to address the problem.

“We are doing all we can to make sure that we provide all the necessary medical equipment to our people, as we value their health,” Lesufu said.

Watch our latest documentary on the Eastern Cape’s ambulance shortage 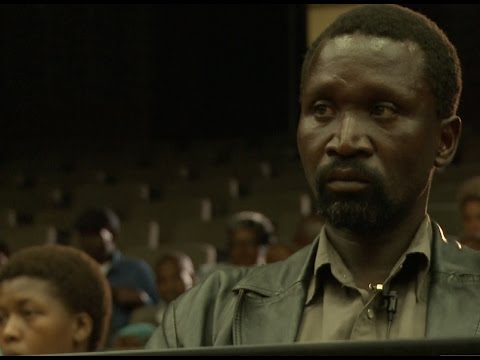