The Health Professions Council of SA (HPCSA) is taking “corrective action” to address its shortcoming, which were identified by the Ministerial Task Team (MTT) set up by Health Minister Dr Aaron Motsoaledi. 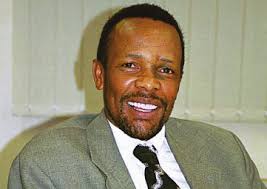 The HPCSA is due to meet the Minister today to update him on progress made since the MTT report was issued last November.

This is according to HPCSA spokesperson Dapney Chuma, who expressed concern at the call made by the South African Medical Association (SAMA) for the Minister to suspend the HPCSA for its “reported intransigence” in implementing the recommendations of the MTT report, which recommended substantial restructuring and the removal of key staff members.

“When the new HPCSA Council was appointed in October 2015, the Minister mandated this Council to ensure that all matters raised in the MTT report were addressed,” said Chuma. “Of importance, is to emphasise that the new Council is already looking into the matter and putting into place corrective measures to address the issues raised.”

[quote float= right]”If there is a failure of the HPCSA to implement the report recommendations, SAMA calls on the Minister to exercise his statutory power and to suspend the entire structure”

She added that the HPCSA had already given the Minister two reports on actions taken, and a third report would be presented today.

Meanwhile, health department spokesperson Joe Maila said the department was “not aware that the HPCSA is resisting implementing the recommendations of the MTT”, and had only read about this in the media.

“We do not want to pre-empt the discussion between the Minister and the president of the HPCSA, save to say if indeed there is resistance, the Minister will act within the prescripts of the law”.

“The report called for the termination of the employment of several officials. The failure of these officials to resign demonstrates breath-taking arrogance if not a lack of honour to do the right thing considering the damning details contained in the report,” according to SAMA.

“If there is a failure of the HPCSA to implement the report recommendations, SAMA calls on the Minister to exercise his statutory power and to suspend the entire structure and appoint an interim management team to oversee the process.”