Daily police harassment is undermining HIV prevention efforts among people who inject drugs, according to the TB/HIV Care Association (THCA). The association has recorded almost 250 “abuse” cases among this group in just three months, according to a report released today. 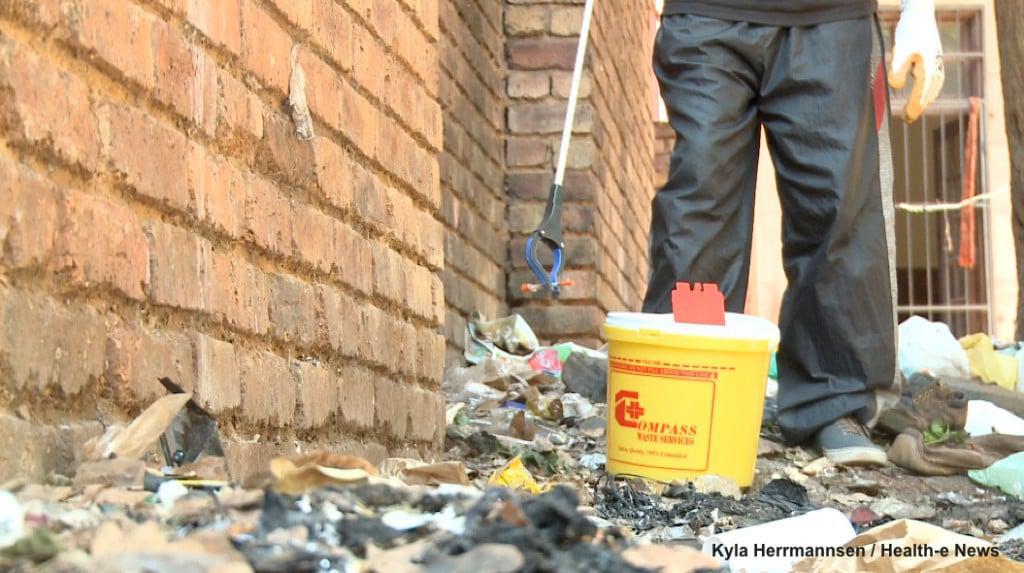 The Step Up Project runs one of South Africa’s few needle exchange programmes. HIV/TB organisation Right to Care estimates that thre are more than 60,000 injecting drug users in South Africa

Some local councillors, community policing forums and gangsters were also implicated in the alleged abuses.

Most of the “abuses” recorded by the THCA involved police confiscating or destroying the clean needles and syringes they had just been given, according to a report being released today.

“It has become clear that there is a need to record and minimise the human rights abuses suffered by people who inject drugs, and that the current human rights abuses contribute to HIV risk and present a significant barrier to accessing health and HIV related services,” according to the report.

Most incidents took place in the Moot area of Tshwane and in Bellville in Cape Town.

[quote float= right]“People who use drugs are human and we deserve to be treated as humans, not waste or shoved somewhere… denied services at every bend…”

Speaking after one particularly violent raid in Pretoria, an unnamed THCA staff member said that seeing “the police and community policing forum’s reaction today and hearing their hatred has really reminded me on how difficult using drugs is, when everyone is against you, no one wants to know who or what happened to you, they just hate you because they don’t understand you”.

One of the drug users caught up in the raid expressed his own anger: “People who use drugs are human and we deserve to be treated as humans, not waste or shoved somewhere, moved and chased away from area to area, being denied services at every bend, constantly being harassed and arrested or some statistic in a database somewhere.”

The THCA’s StepUp project has reached 1000 people injecting drugs in six months, but research indicates that there may be approximately 75 000 injecting drug users in South Africa.

The extent of HIV infection in this group in South Africa is unknown, but research in Mozambique found 50 percent of injecting drug users were HIV positive and half reused their needles, according to Dr Andrew Scheibe from the Institute of Infectious Diseases at the University of Cape Town.

StepUp is the first needle exchange programme in South Africa, and it aims to show that it is feasible to provide this and other HIV services such as counselling to people who inject drugs.

Needle exchange is internationally recognised as an effective way to reduce the spread of HIV. In 2001, the “Declaration of Commitment on HIV/AIDS” recognised drug-users’ access to sterile needles as an important preventative measure. The declaration was unanimously adopted by all UN member states including South Africa.

The SAPS national, Gauteng and Western Cape spokespersons failed to respond to queries by the time of going to press. – Health-e News.

An edited version of this story was also published on Health24.com and The Times