As Gauteng and Limpopo brave another heat wave, the Northern Cape’s Tshwaragano District Hospital has reported 17 deaths from the recent heat wave that sent temperatures soaring. 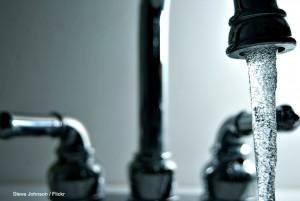 Drinking plenty of fluids, staying out of the sun and using sunscreen can all help you avoid heatstroke

Following a heat wave warning issued by the South African Weather Service earlier this week, Gauteng and Limpopo residents are likely turning their attention to the skies in hopes of a projected break in week-long high temperatures.

On 5 January, Rose Puthi, 70, left her home to collect her pension money as usual. When she returned, she complained to her daughter Tshegohatso of dizziness and said she was going to lay down for a bit.

Hours later, Rose awoke confused and disorientated before collapsing. According to Tshegohatso, her mother felt feverish as they lifted her to take her by car to the hospital. Rose later died.

Heatstroke symptoms can include confusion, slurred speech and a high body temperature, according to the US non-profit the Mayo Clinic.  The organisation adds that young children and the elderly are particularly at risk of heatstroke due to compromised central nervous systems, which help regulate body temperature. Both groups also may have difficulty remaining hydrated, which also increases their chances of developing heatstroke.

The majority of heatstroke deaths recorded by Tshwaragano District Hospital occurred in women between the age of 45 and 75 years.

Tshegohatso says that maybe if the family knew more about the condition, they could have acted early to save her mother.

“If only we knew such a thing as heat stroke excited we cause have taken her to the doctor the moment we noticed the symptoms,” she told OurHealth.

To avoid heatstroke, the Mayo Clinic recommends drinking lots of water, avoiding strenuous activity during the middle of the day when temperatures are highest and using sunscreen. Sunburns affect the body’s ability to cool itself so regularly applying sunscreen can help prevent this.