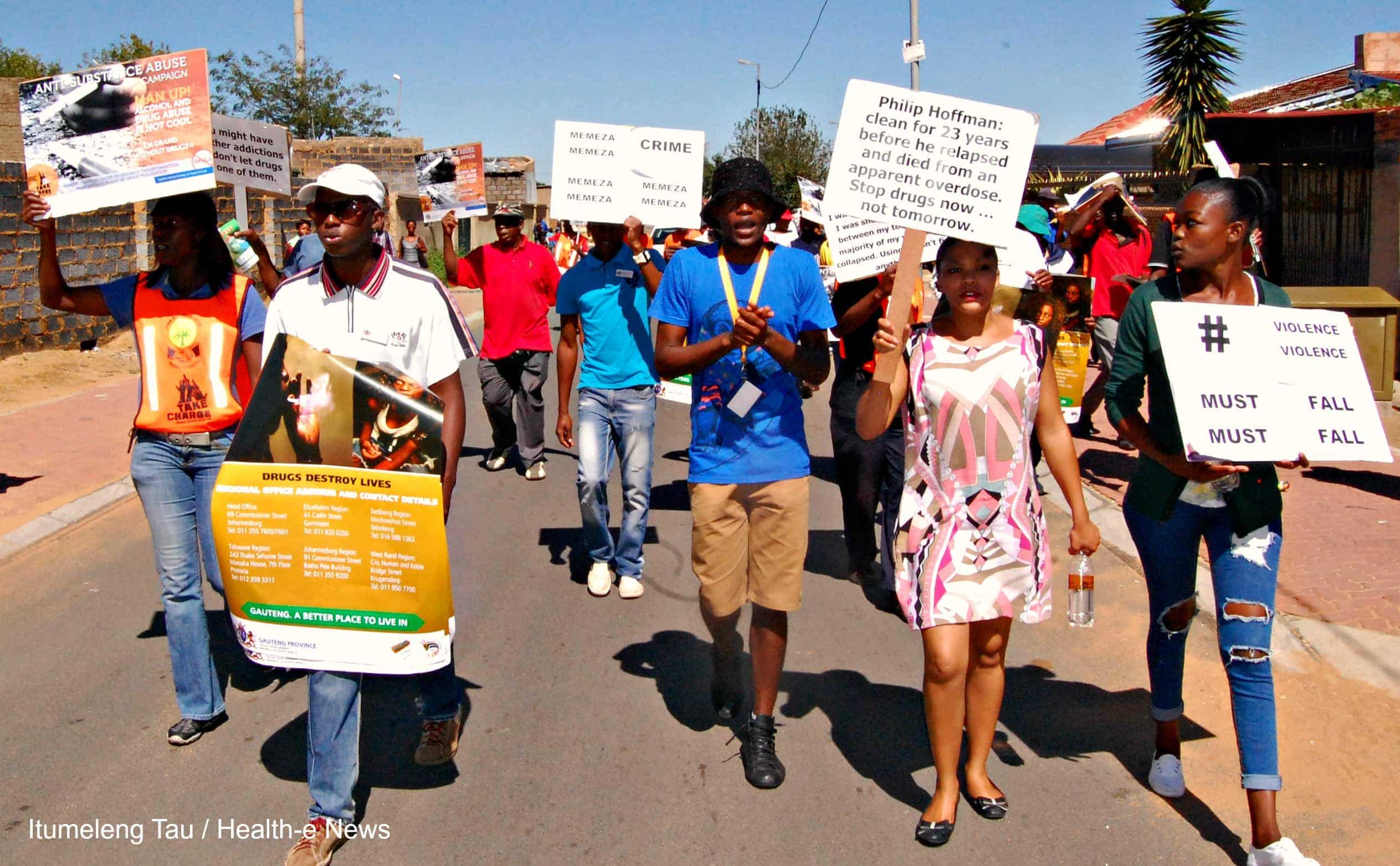 The Orlando Community Policing Forum (CPF) recently held its regular anti-drug march through the neighbourhood’s streets following allegations that local drug users were behind the theft of new school tablets in the area. 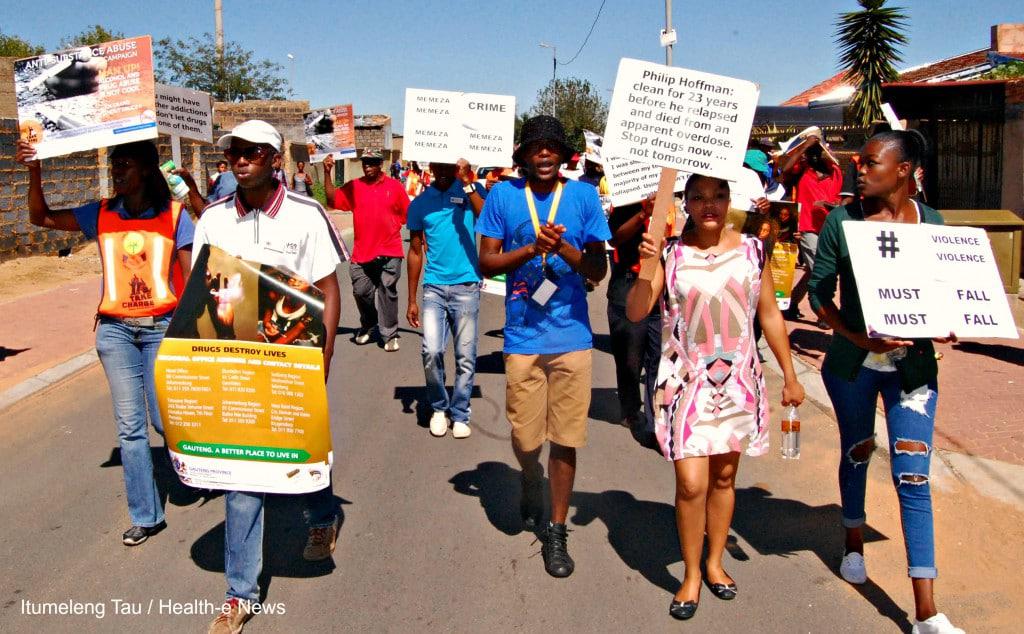 “We hold events like the community awareness march every quarter,” said CPF Chairperson Dumi Twala, who marched alongside other CPF members as well as representatives of the South African Police Service, the South African National Council on Alcoholism and Drug Dependence (SANCA) and the Gauteng Department of Social Development.

“School children start experimenting with drugs in grade 7,” said Twala, adding that the forum would look to reach out to both local school children as well as the Gauteng Department of Health to ensure their participation in the forum’s next march. The CPF holds an anti-drug march in the neighbourhood three times a year. “By the time they are in high school they are already addicted.”

With nyaope and dagga popular in the area, Twala blamed drug users for the recent theft of Department of Education-issued tablets to learners.

“The Gauteng Department of Education has given computer tablets to schoolchildren (and) addicts forcibly take the tablets from the children,” said Twala, adding that rumours had also begun to spread about a new drug called “Amazon” in the area although he did not say what was in it.

Nyaope (also called whoonga) is a heroin-based drug mixed with a variety of other substances, including medicine and sometimes even rat poison.

“A lot of people are sick and desperate,” she told OurHealth.

“The crime rate in Orlando is high because of drug-related crimes,” Mbense said. “Cases of housebreaking, house robbery, hijacking, mugging and theft of household appliances are on the increase and are mostly drug related.”

“In Orlando there is a big problem of substance abuse amongst the youth,” said SANCA Soweto Community Development Manager Mapula Nkomo. “Sometimes young people are very desperate to get money to buy drugs and they prostitute themselves.”

When children are referred to SANCA, they receive a mix of counselling as well as medication to help cope with withdrawal symptoms. Parents play a big part in helping children leave drugs behind, Nkomo added.

“The role of parents is important in our treatment of young people,” she said. “We depended on parents to tell us about the recovery process of their children.”