May celebrations honour nurses with heart

25th May 2016 | Bontle Motsoeneng and Kedibonye Polao
Intensive Care Unit Nurse Mamokete Moleme, 36, recently took the title of Best Female Fighter at a Kimberley competition as she competed to represent South Africa in international competition next year. Moleme has proposed starting a workplace fitness programme at her place or work the Klerksdorp Tshepong Hospital Complex.

Every May, the world marks International Nurses Day. We take a look at how the Free State and Northern Cape said “thank you” to South Africa’s nurses.

Many health facilities around the country marked the day throughout the month of May. In Qwaqwa, Health MEC Dr. Benny Malakoane addressed more than 1,500 nurses and urged them to uphold the principles of equality, efficiency and respect in their work.

“Nurses are important players in the health sector and can help create the conditions necessary to maximise their contributions,” said Malakoane, who added that for many people around the world, nurses remain their primary healthcare provider.

Jessie Nhlapo, 72, has spent more than 20 years as a professional nurse before retiring in 1996 and considered the profession her life’s calling.

Her advice to new nurses like community service nurse Zenobia Alexander? Have a heart.

“Have a heart because you work with people,” she told OurHealth. “Put patients’ lives first, and respect your job (because) you took a pledge to serve”.

Alexander is currently doing her community service at Breipaal Clinic in Douglas, Northern Cape. Alexander said she was inspired by Nhlapo’s generation of nurses.

“My aunt was a nurse and was an inspiration for me,” said Alexander, who added she has a special place in heart for working in maternity wards. Her greatest joy is seeing a smile on her patients’ faces, she added.

Meanwhile, some young nurses took to Twitter to draw attention to what they say are a lack of posts for newly qualified nurses in a #HireANurse campaign. Among allegations were that even bursary holders who were required to work for some provincial departments of health were not being hired.

Earlier this year, Health-e News reported that some provincial health departments had instituted formal or informal hiring freezes due to an R9-billion shortfall. The Rural Health Advocacy Project has called the alleged freezes one of the most significant threats to healthcare in the country. – Health-e News Service.

BLOEMFONTEIN ‘ While the rest of the country is celebrating the roll-out of a new HIV treatment, the Gabriel Dichabe Clinic has run out of antiretroviral tablets.

Community leaders say nyaope is tearing Tshwane communities apart while there are too few rehabilitation centres to help people who use the drug. 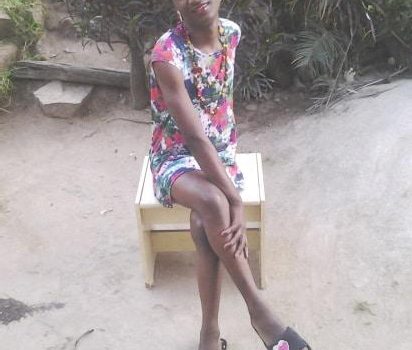