Home » Curse of the ‘blessers’ 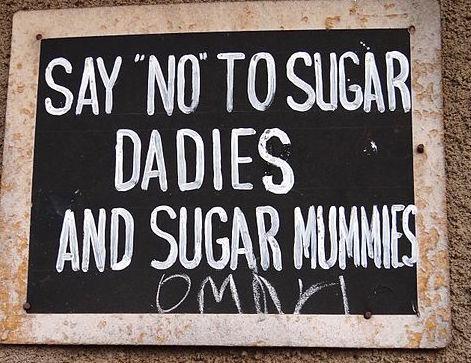 Say no to sugar daddies

Health minister launches plan to keep girls in school – and out of the clutches of abusive sugar daddies.

Health Minister Aaron Motsoaledi is waging war on “blessers” – older men who shower girls with gifts in exchange for sex, and end up impregnating them and infecting them with HIV.

Motsoaledi’s R3-billion plan, which he launched last month (June), targets young women (aged between 15 and 24), whose chances of getting HIV/Aids are eight times more than for boys of the same age group. The health minister said the three-year campaign would reduce infections, decrease teenage pregnancy, keep girls in school until matric and provide greater economic opportunities for them so that they are not lured into unhealthy blesser relationships.

loveLife, a youth focused HIV-prevention organisation, has been giving talks at different schools warn girls about the dangers of getting involved with blessers and teaching them about  safe sex.

The term “blesser” comes from a social media trend that saw unemployed young women posting status updates about their expensive lifestyles made possible by older men and claiming they had been “blessed”.

There are different levels of blessers: junior ones who give girls airtime and clothes, and senior or “executive” blessers who provide exotic holidays, money and expensive apartments.

Free State student Malefu* said she was seeing a blesser, whom she described as “my NSFAS” – the acronym for the National Student Financial Aids Scheme – because he paid her university fees. “He made sure I had everything I needed and I will be graduating because he helped me after I lost my bursary.”

[quote float = right]“He told me I was his only lover and I believed him but he lied. Every time we met he demanded to have unprotected sex with me. I was afraid but gave in only to find out later that he was sick. I kept quiet for some time still enjoying his money.”

The man then called Malefu and told her he was “done with me” – but it was too late for the young woman, who was diagnosed as HIV-positive.

“The old man did not care about the money he spent on me. He just wanted to leave me with a sickness. I take my ARVs and joined a loveLife support group in order to regain myself esteem. I now live a healthy life and I sometimes give motivational talks at schools to warn girls about blessers.”

Student, 22-year-old Lebohang*, has a similar story. A man she met in a shopping mall took her out to a fancy restaurant in Sandton. “He then promised to take care of me and provide for me and immediately transferred R3000 into my account. I was so happy.”

Lebohang said that when he invited her to his apartment, she asked him to use protection but he refused. After a while the man stopped calling and putting money into her account. “I fell sick and went to the clinic and found out I was HIV-positive. I was so shocked.”

Sometimes the “blesser” is closer to home. When Palesa* received money from her uncle she put it down to a kind gesture from a relative until her uncle invited her to his place and told her it was payback time.

“He forced himself on me. I was so emotionally down. He deposited R5000 into my account and sent me an SMS saying: ‘Let’s just keep this to ourselves. I will provide for you.’ I felt so dirty. A few days later at the salon I heard a girl talk about him as her blesser. I was so ashamed. When he comes to see my mom, I hide in my room.”

According to loveLife’s Lehlohonolo Mokoena, blessers ruin lives. “We have been going to schools and universities to talk to girls about blessers and warn them about their intentions. We also encourage the girls to play it safe and use condoms,” she said.