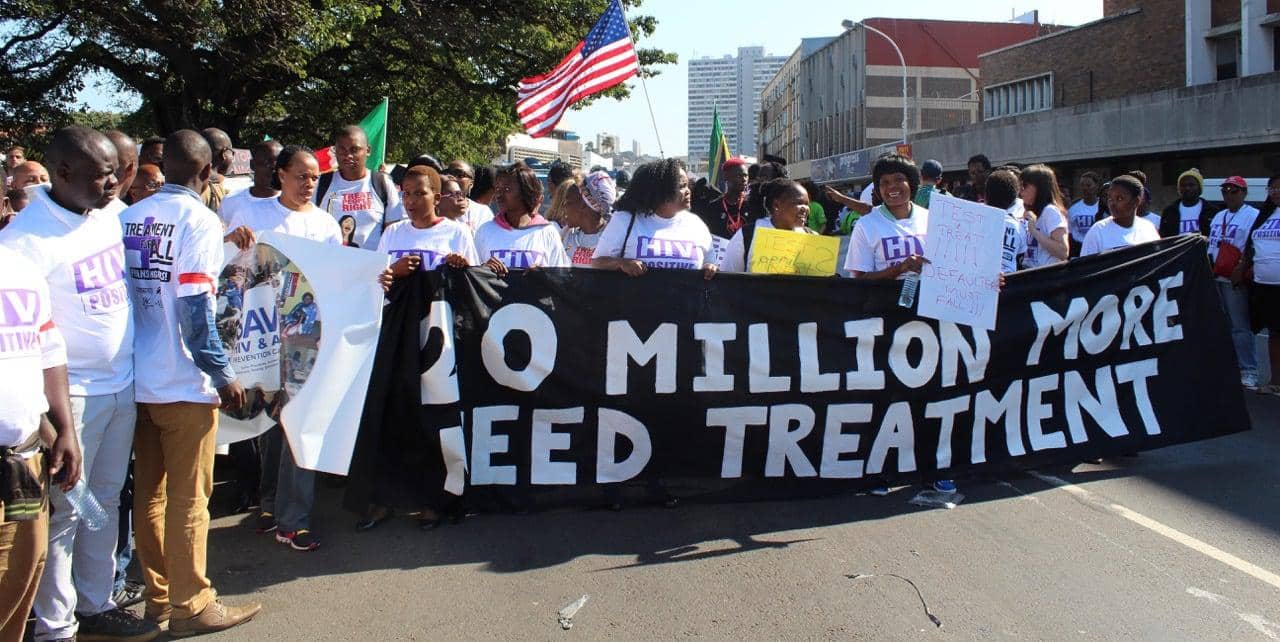 Global AIDS gains are in danger of being rolled back unless donors step up their contributions, getting treatment to 20 million HIV positive people currently excluded.

This is according to both global AIDS leaders and activists. However, activists yesterday blamed poor governance and challenged UN General Secretary Ban Ki-Moon to convene an emergency funding conference to secure $7-billion a year for the next five years to fill the funding gaps.

According to a Mandela Day Memorandum presented to Ban Ki-Moon, Deputy President Cyril Ramaphosa and others yesterday, activists described AIDS as a crisis of “bad governance” that kills over a million people per year – the equivalent of “three double-decker Airbus A380s crashing every single day and killing all on board”.

Nearly one third of AIDS-related deaths globally occur in West and Central Africa, where only a quarter of the 6.5 million people with HIV have access to treatment, according to Doctors Without Borders/Médecins Sans Frontières.

Too sick to be saved

At a hospital where MSF works in Kinshasa, Democratic Republic of the Congo, one quarter of people with HIV arrive too sick to be saved, and almost 40 percent with die within 24 hours of being admitted to the hospital.

“The HIV situation in West and Central Africa reminds us of the terrible days over a decade ago in Southern Africa, when people were dying and no treatment was available.”

“The HIV situation in West and Central Africa reminds us of the terrible days over a decade ago in Southern Africa, when people were dying and no treatment was available,” said Dr. Eric Goemaere, HIV/TB Unit Coordinator for MSF’s Southern Africa Medical Unit.

Meanwhile, Argentinian Lorena di Giano, who represents people living with HIV in Latin America, said “international policies are leaving behind middle income countries, where the price of many medicines is out of the reach of ordinary people”.

The Argentinian and Brazilian governments face court cases by 26 pharmaceutical companies for waiving intellectual property rights on some essential medicines – despite this flexibility being allowed by the Agreement on Trade-Related Aspects of Intellectual Property Rights (TRIPS).

However, Di Giano said the pharmaceutical companies “are not using the patent system to  promote innovation, but instead to block competition and bankrupt public health systems”.

Anele Yawa, General-Secretary of the Treatment Action Campaign, said: “Today in South Africa, 440 people will die of AIDS, and 440 more will die tomorrow and the next day, 18 people every hour.

“Our political leaders want to talk about the millions who are on treatment—which is a far cry from the last Durban AIDS conference. But we know that instead, we have to tell the truth about the majority who still lack access, about insufficient funding, about the high price of medicines. We have to talk about corrupt officials in the health system and why governments would rather let people die than clean up their political houses.” – Health-e News.