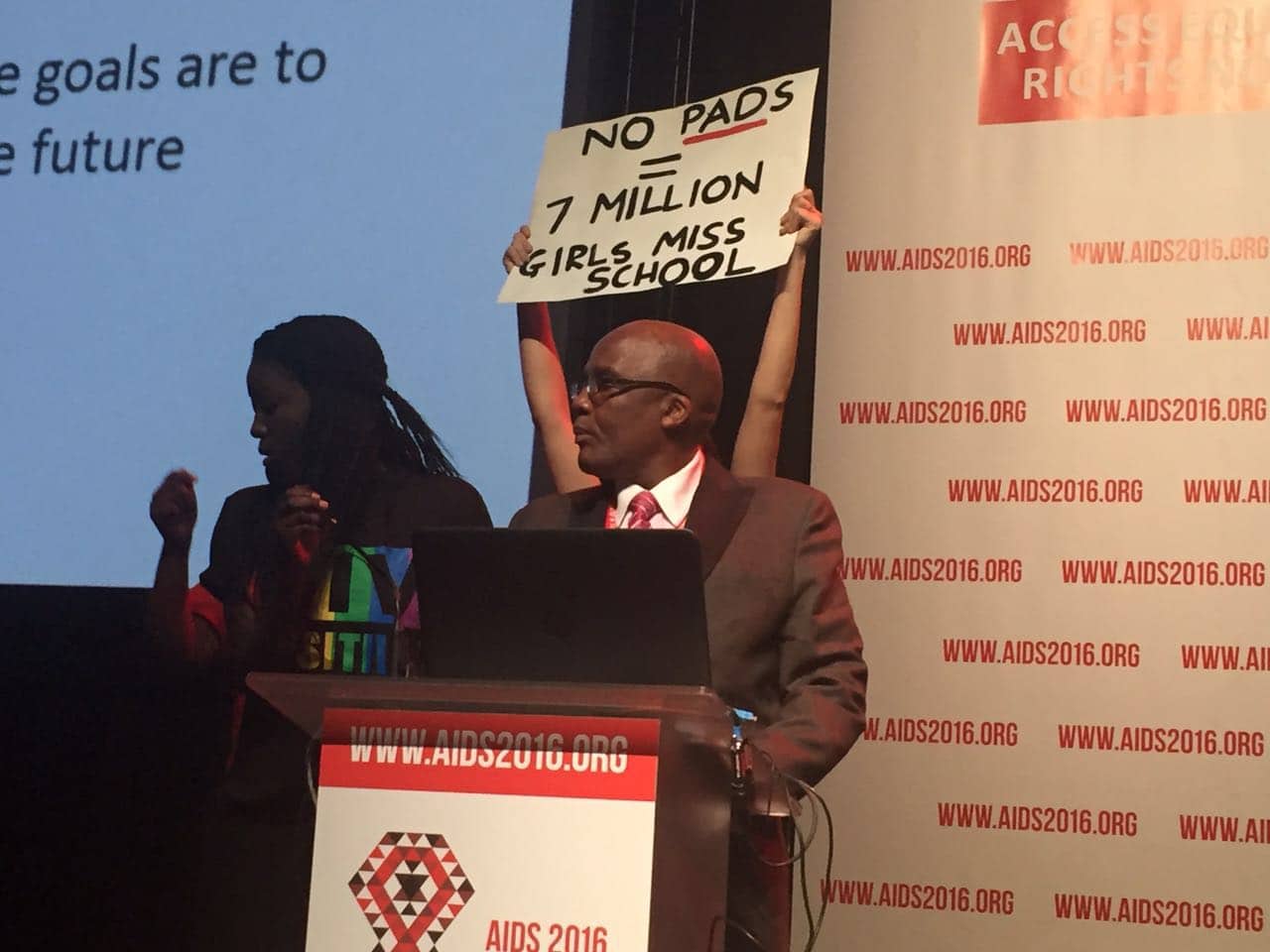 Young people hijacked Health Minister Aaron Motsoaledi’s address to the AIDS2016 plenary this morning, demanding that he accept a declaration advocating for condoms and sanitary pads in schools. 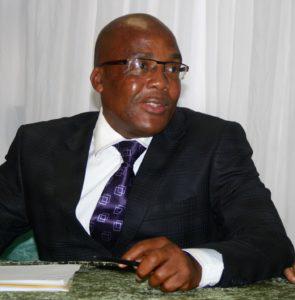 Around 30 young people bearing placards jumped onto the stage, and a young woman took the microphone to read part of the declaration.

“Every week in South Africa over 2 500 young people acquire HIV, that is over 350 every day,”  said activist Ntombi-Zodwa Maphosa.

“According to a 2012 National Survey on HIV, 37.5% of learners reported having had sex, with 12.6% indicating that their first sexual encounter occurred before the age of 14. But the use of condoms for people between the ages of 18 and 24 is on the decrease.”

To applause, she continued: “Seven million girl learners are missing school every month due to the lack of access to sanitary wear, which means they miss out on 25 percent of learning during the school year.

“Girls are forced to use unhygienic substitutes to sanitary pads, newspaper, leaves or even sand, putting them at an even higher risk of infection.”

An irritated Motsoaledi told the protestors that the plenary “is not about this” and did not engage with them.

Some 92 organisations and individuals attending the conference signed the Youth Declaration, which appeals to Motsoaledi to implement of these steps “to that ensure that our youth are educated, protected and respected”. – Health-e News.