Addressing the wrongs of the rites of passage

Three years after a young man was abducted and killed at an initiation school, some schools are working with Western doctor to safeguard initiates’ health.

Siphiwe Maphiri is one of hundreds of teenage boys who have been abducted and taken to initiation schools. Siphiwe didn’t return from the school a man – in fact, the 17-year-old resident from Orange Farm in Gauteng, didn’t return at all.

Now the House of Traditional Leaders has vowed to put those who abduct teenage boys and run illegal initiation schools behind bars – this is according to the group’s spokesperson Modiegi Madiga.

Mpumulanga’s Ingoma Act, which regulates initiation schools, states that no person may be forced to attend an ingoma (initiation) against their will.  Tebogo Maphiri, Siphiwe’s sister, said her brother disappeared in June 2013. A week later some young men told Siphiwe’s parents that their son had been taken to an initiation school in the Rietfontein bushes near Orange farm.

“We asked his friends about his whereabouts, but no one knew where he was until we received a message from the initiation school chief,” said Tebogo. She told Health-e News that Siphiwe had previously been abducted but had been rescued by the police.

Tebogo said her mother called the chief to ask to go see her son but the chief kept putting her off. “When my mother asked to talk to Siphiwe on the phone the chief would say he was busy and he could not talk at that particular time.”

Tebogo said that all the family could do was pray that Siphiwe would come back home safe. From time to time, men from the school would visit the Maphiri family, asking for food for Siphiwe. The family gave food and blankets.

And then on 8 July 2013 the Maphiri family received the terrible news that Siphiwe was dead.  Tebogo told Health-e News that a post-mortem had confirmed that Siphiwe had been assaulted.

The family reported the matter to the police but, Tebogo said, the case just “vanished into thin air” and the initiation school chief was still living in the community. She added that the family would not find closure until justice was done.

Orange Farm police spokesperson Captain Johannes Motsiri  said the case was closed last year due to lack of evidence. He added that police had rescued about 60 boys who had been abducted and taken to illegal initiation schools.

Meanwhile, in Mpumalanga initiation schools are working with medical doctors to help stem deaths in the mountains. This project was launched by a group of Mpumalanga medical graduates in 2009 after a high number of initiates died because of botched circumcisions.

Before a young man is welcomed into an initiation school in the province he must produce a medical certificate to show he has been seen by a doctor and has been given permission to take part in the initiation.

David Mothoatlhaga, a Pedi chief who runs an initiation school in the province, said: “We are introducing medical doctors to work with us in the mountains to prevent HIV and related illnesses,” said Mothoatlhaga

He told Health- e News that introducing Western medicine into the initiation process was not disrespectful to African customs and culture but aimed at preventing deaths caused by botched circumcisions at illegal initiation schools.

According to the Commission for the Protection and Promotion of the Rights of Cultural, Religious and Linguistic Communities, 406 initiation deaths occurred between 2008 and 2014 in South Africa with 67 in Mpumalanga.

Mkhuzelwa Mahlangu, who is an Ndebele chief and has been running a school for more than a decade, told Health-e News that there haven’t been any deaths at his school because “initiation is about teaching the boys about their culture; not killing them in the name of culture”.

“We work with the doctors who have undergone the very same culture because they understand what we do in the mountains,” Mahlangu explained.

“The doctors help us with prescribing good treatment for the boys when they are sick, because we don’t have that experience.”

Studies by World Health Organisation (WHO) reveal that medical male circumcision reduces the risk of female-to-male sexual transmission of HIV by about 60%. WHO and UNAIDS recommended the intervention in countries with high HIV prevalence, generalised heterosexual HIV epidemics, and low levels of male circumcision where the intervention is likely to have the greatest public health impact. South Africa is among 13 other countries with this profile which has been scaling up Voluntary Medical Male Circumcision (VMMC).

Ambitious VMMC targets have been set for South Africa and the government together with NGOs have worked hard to reach these goals. Dr Dirk Taljaard, CEO of the Centre for HIV and AIDS Prevention Studies, said while progress had been very good, the country had not yet reached the 4.3-million target. “We have performed about 3-million medical male circumcisions. We got very close to the targets for the first two years of the programme, but the targets increased dramatically after that, and the programme has not met annual targets even though a huge number of medical male circumcisions have been done.”

Sanele Ngcobo, the secretary-general of the Professional Association of Clinical Associates South Africa, said while the main focus of VMMC was to reduce HIV, it was also an opportunity to bring men into clinics for screening of illnesses like diabetes and, if necessary, access help earlier.

Ngcobo said professional health workers providing medical assistance in the mountains was not contrary to African culture. “If traditional leaders in all provinces can do what is being done in Mpumalanga (work with medical doctors) it would be a great solution to the problem we are currently facing (deaths in the mountains).”

He said it was important for people to be able to differentiate between illegal and legitimate initiation schools. “We need to follow the Constitution and meet the criteria set out for initiation schools,” said Ngcobo, adding that he did not believe it was African culture for initiates to be assaulted in the mountains in the name of making them men. – Health-e News

Drastic measures have been taken in KwaZulu-Natal to deal with patient complaints in hope they’ll be treated with dignity and respect. 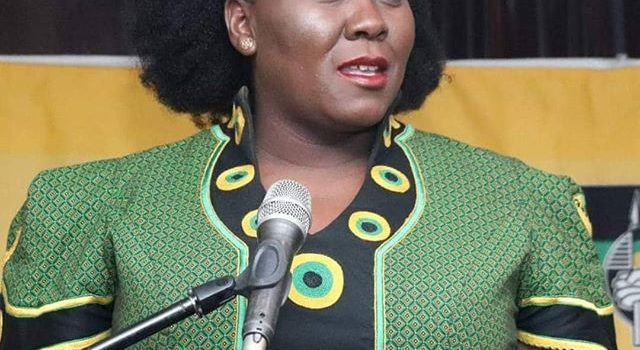