Home » Next HIV plan needs to be based on latest evidence 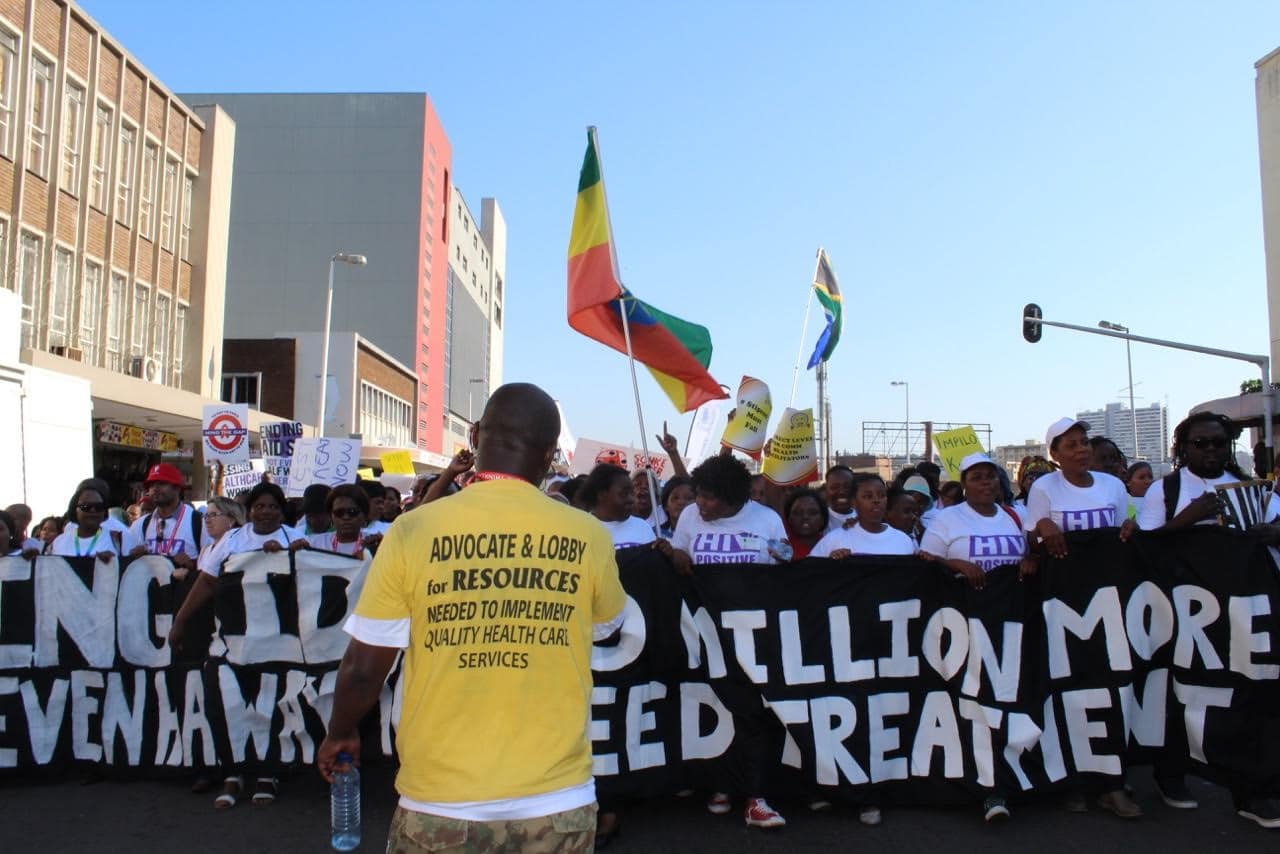 We are on the brink of getting a new National Strategic Plan (NSP) for HIV, TB and STIs, and it is vital that the new plan avoids the mistakes of the past

At the end of this year South Africa’s big plan to fight HIV and tuberculosis (TB) comes to an end. The National Strategic Plan (NSP) for HIV, TB and STIs 2012 – 2016 will be replaced by the 2017 – 2021 NSP. It is vital that the new NSP avoids the mistakes of the past and fully incorporates new scientific evidence. It is also critical that it sets an ambitious and realistic course that all of South Africa can get behind, not just people working in healthcare.

What went wrong with the previous NSP?

While there was a lot that was good in the previous NSP, we need to be honest about the problems with the NSP and how we use it. A great plan on paper is of little use if we do not have the systems or political will to use it. Two problems stand out over the last five years.

Firstly, there was so little effective tracking of our progress against NSP targets, that we only now and again got an idea of how we were performing against the targets. The NSP would have been of much more value if every single district or provincial AIDS council meeting had up-to-date data on a series of key indicators for their area. In the absence of such data, much of the work relating to the current NSP was done in a vacuum. This contributed to a lack of focus and direction.

Secondly, the lack of coordination between government and AIDS councils meant that the NSP often ended up feeling irrelevant when it came to the actual implementation of TB and HIV programmes. Few people seem to understand that at all levels, the NSP and the work of AIDS councils are supposed to set the course for our collective AIDS response. Instead, government, from local level all the way up to national, appear to do what it wishes irrespective of the work done in AIDS councils – Kwazulu-Natal at times being a notable exception. This tendency of government to forge ahead with little regard to AIDS councils undermined the vision of a wider societal AIDS response drawn together by the NSP and AIDS councils.

Top six priorities in the next NSP

In order to deal with these problems and to provide for a more focused and effective NSP the following should be considered for the NSP 2017 – 2021:

1. We need real-time monitoring of the healthcare system

Rather than setting long lists of targets, the NSP must set fewer targets that we know we can track. It is essential that these indicators must regularly be shared with AIDS councils at all levels. When a district AIDS council meets, it must have fresh stats for the entire district as well as for each facility in the district. This will help focus our response in the areas where it is most needed. Often this data is already available to the Department of Health or the National Health Laboratory System, but not being shared timeously with AIDS councils or the wider public. If the new NSP is to revitalise society’s response to TB and HIV, the Department of Health will have to start sharing more data with society.

2. We need a roadmap to treatment for all

The landmark START trial showed us that all people living with HIV should be offered antiretroviral treatment. In line with those findings and with World Health Organisation guidelines all people living with HIV in South Africa will be eligible for treatment from September this year. But merely making more people eligible is not enough. As shown by the recent Treatment as Prevention trial ( TasP trial), much of the challenge will be to test people and then to get people who test positive to start treatment. Making a success of such a campaign will require a very ambitious new test and treat campaign – as well as the thousands upon thousands of community health workers and lay counsellors required to make such a campaign work. All this must be carefully planned, budgeted and coordinated through SANAC. The document that must bring all that planning together in one place is the new NSP.

3. We need an ambitious plan for TB

While the new NSP will no doubt have good and aspirational targets for TB, it should also give clear guidance as to how those targets could be reached. For example, it should set South Africa on a course for dramatically scaled up contact tracing and active case-finding. Since these are human resource intensive activities, government has shied away from it. The NSP has to break this impasse. Similarly, the NSP should show the way toward addressing infection control both in the public and private sector – so that we can reduce TB transmission in schools, correctional facilities, taxis, hostels, shops, the mines, and all other places where TB is transmitted. As with HIV testing and linking to care, the TB response will not succeed if we can’t grow it outside of the healthcare system.

4. We need an ambitious and evidence-based HIV prevention plan

All indications are that the rate of new HIV infections in South Africa is still very high (over 300 000 per year). Rightly, much of the talk at the recent International AIDS Conference in Durban focused on prevention, especially prevention in women and girls aged 15 to 24. It is clear that we urgently need to ensure that all young people in this age group have easy access to condoms and comprehensive sex education. Yet, between the Department of Health and the Department of Basic Education government seems incapable of getting its act together in any meaningful way. The new NSP must help break this deadlock. It must launch a serious, focused, sustained, presidentially driven and endorsed HIV prevention campaign targeting schools and children of school-going age.

The NSP must also ensure that proven HIV prevention interventions like condom provision and voluntary medical male circumcision are scaled up aggressively. Promising initiatives such as the provision of pre-exposure prophylaxis to sex workers must be continued and expanded to other groups of people who are at high risk of HIV infection.

5. We need concrete plans to bring in business and labour

Ensuring more people test and are then started on treatment will require taking our AIDS response beyond the healthcare system. Many people, especially men, simply never go near a clinic and we have to find other ways of reaching them. The solution is however not to have business and labour talk shops in Sandton every six months. Instead, the NSP must outline concrete ways in which business and labour can play a part in the HIV and TB response through for example facilitating HIV testing in the workplace. It must be a key part of the work of district AIDS councils to invite and involve local business and labour in our TB and HIV response in concrete ways. There are already good examples out there. We must learn from them and replicate them.

6. We need to fundamentally reform SANAC

One of the elephants in the room is the severe dysfunction in many SA National AIDS Council ( SANAC ) sectors. Unfortunately, these sectors are often little more than talk shops. Where it matters, for example in relation to medicines stockouts and the ongoing crisis in the Free State public healthcare system, SANAC leadership is often nowhere to be found. Rather than keeping government on its toes and pushing a progressive agenda, some leaders have become the lapdogs of government. This must change if SANAC is to have any relevance going forward and if SANAC is to help mobilise wider civil society in our collective TB and HIV response.

Part of the change will have to be in leadership, but a large part of it will have to be in the way SANAC is structured. Unpopular as such a move might be, all SANAC sectors should be disbanded. It is deeply disappointing, but for various reasons they simply haven’t delivered as many of us hoped they would. Instead, a single SANAC task force of no more than 15 people, including the Minister of Health and the Deputy President, should be established and should meet at least once a quarter. Business, labour, healthcare worker groups and membership-based civil society organisations must all be represented in this task force. Critically, no individuals who are not accountable to substantial constituencies should be on this task force. In addition to the task force SANAC should also convene a technical task team made up of appropriately qualified experts to consider technical scientific issues and to provide advice to the SANAC task force and the Minister and the Presidency.

It is critical that we monitor our TB and HIV response in as close to real-time as we can. It is also critical that we get data sliced up by district and facility so that we can see where the trouble spots are and respond to them effectively. Ideally all of the below indicators will be available to every ward, district, and provincial AIDS council in the country. This data should also be available to all members of the public. (Note that these suggested indicators include monitoring against the UNAIDS 90-90-90 targets – By 2020, 90% of all people living with HIV will know their HIV status, 90% of all people with diagnosed HIV will receive sustained antiretroviral therapy, 90% of all people receiving antiretroviral therapy will have viral suppression.)

Marcus Low is editor of Spotlight.