Home » Help at last for Soweto teen with elephantiasis 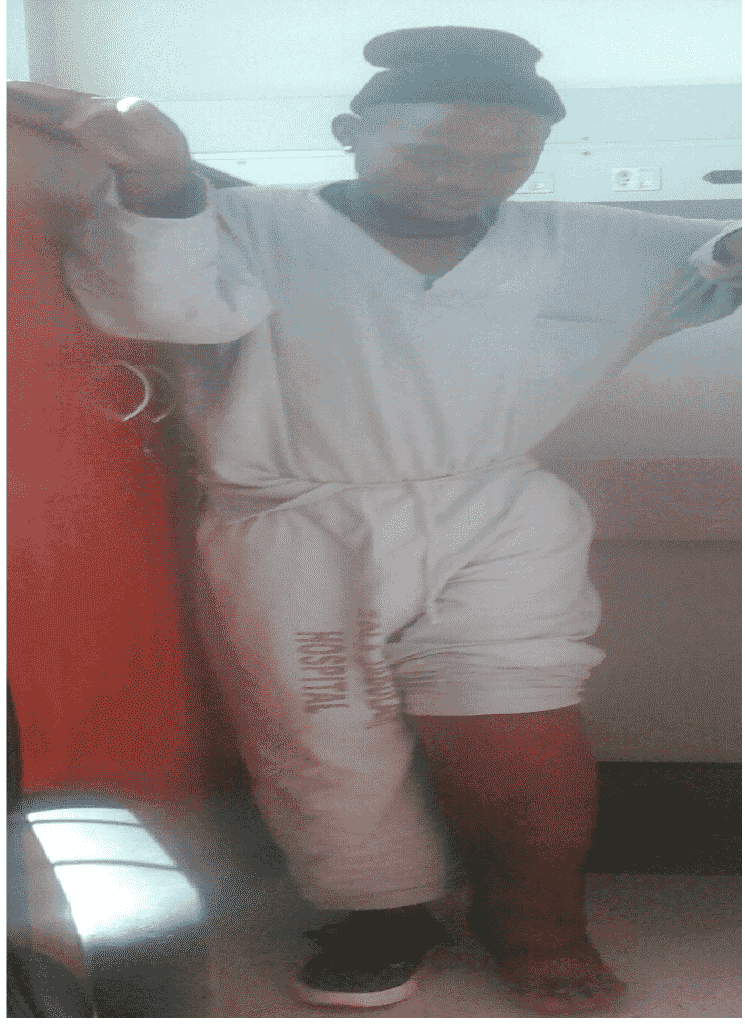 A teenager from Soweto who has been suffering from elephantiasis for six years, and who only recently discovered that he was born HIV positive, will soon receive the treatment he desperately needs.

Sibusiso Martins (19) from Jabulani contracted elephantiasis in 2011, while he was 14 years old. He was treated for the condition on several occasions, but did not heal. And then last month, after more medical tests were done, he found out that he was HIV positive.

Elephantiasis is a parasitic infection that causes extreme swelling in the limbs. The disease has different causes, but when caused by a parasite – generally the filarial worm – it grows into an adult worm that lives in the lymphatic system of humans.

Sibusiso, who is now in hospital awaiting treatment, shared his story with Our Health.

“In 2011 I started to develop dark spots underneath my left foot and later it become blisters. My left foot became paralysed as it started swelling from ankle to toes. Then the upper part of my left leg start to swell,” he said.

The following year his father took him to Chris Hani Baragwanath Hospital.

“I was admitted for two months, and by then I was not feeling pain anymore. But my leg kept on swelling, and that led me to drop out of school,” he said.

Sibusiso’s mother died, and then is father died in 2013. This led to Sibusiso being sent to live with his grandmother in Jabulani, Soweto.

“Last month (June 2016) my grandmother took me to the traditional healer, and I was supposed to go back again. But now I am here at Bheki Mlangeni District Hospital (in Jabulani). I have been brought here because my leg is terribly painful,” he said.

Sibusiso said after medical tests were done, he was told that he is HIV positive.

I was not aware of my HIV status, but now understand why I am not healing.

“I was not aware of my HIV status, but now understand why I am not healing. The worst part is that I never become sexually active. I have not been involved in sex, not even for a single day, which makes me believe that I was born with HIV. Now I am confused and frustrated but I believe that once I start treatment and become healed in my leg, I will be able to go back to school,” he said.

Sibusiso’s uncle Nkosinathi Ntsizwana confirmed that the teenager had been taken to a traditional healer by his grandmother, who had thought he was involved in witchcraft. Ntsizwana also confirmed that both Sibusiso’s parents had died of AIDS-related illnesses.

Dr Ndophi Masondo of Bheki Mlangeni District Hospital said the teenager was to be referred to Chris Hani Baragwanath Hospital for a scan.

“This will show if he has lymphedema, which is the blockage of lymph glands. But if something else is found, then doctors from Baragwanath might give him treatment for his leg. When that is sorted out he will come back to Bheki Mlangeni Hospital where he will be started on ARV treatment and we be able to monitor his progress,” said Dr Masondo.