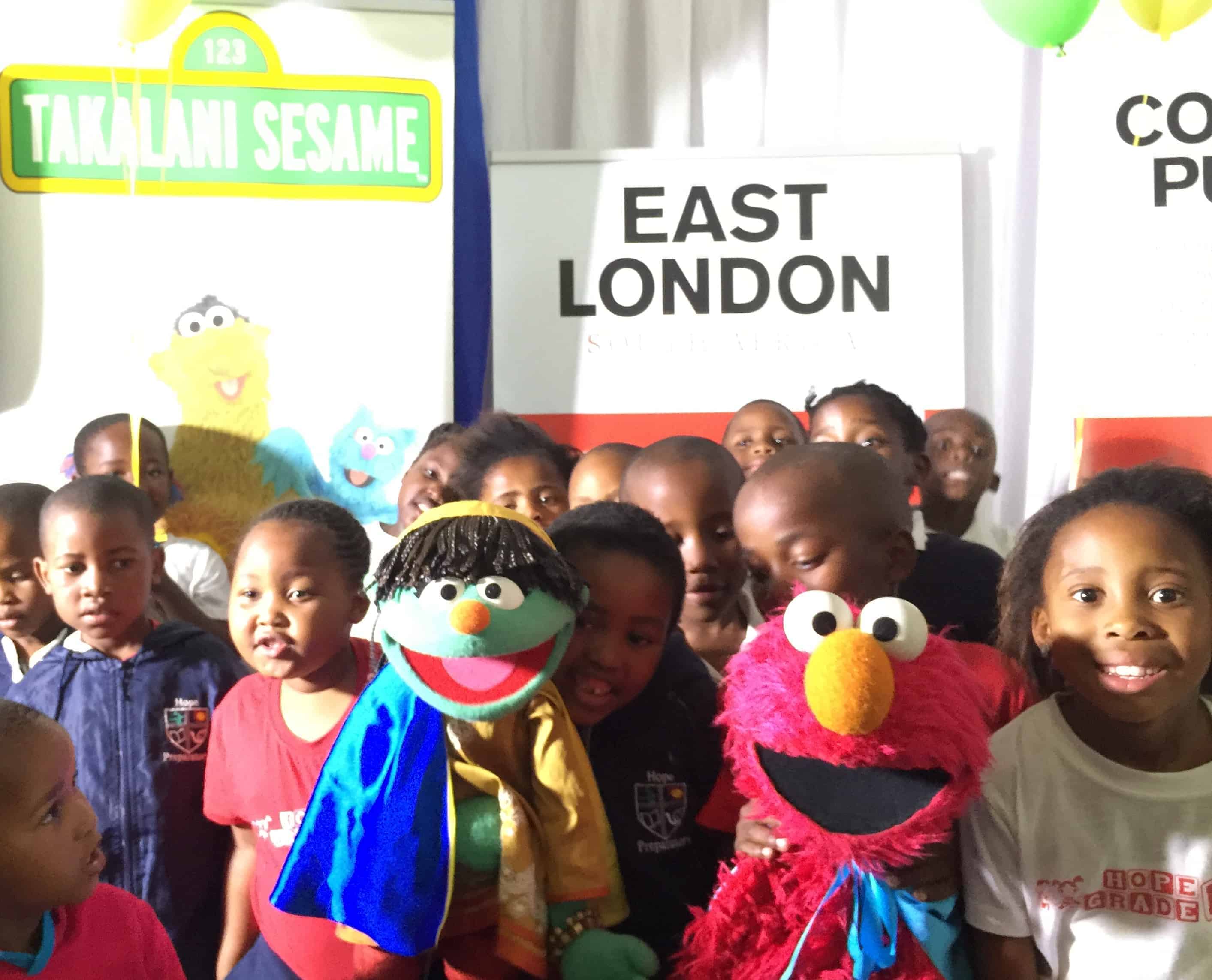 Neno and Raya of Takalani Sesame celebrating the launch of new educational resources with Hope School children at Johnson & Johnson in East London.

A new programme aimed at addressing the high mortality rate of children under five years old has been launched in the Eastern Cape – using puppets and educational play to teach small children basic healthcare that could save their lives. Siya Booi reports…

This latest project takes the form of multimedia resources developed by Sesame Workshop – the education arm of the popular children’s programme Takalani Sesame, in partnership with Johnson & Johnson.

An educational app named Healthy Play along with Healthy Play booklets was launched in East London this week as part of a strategic campaign to tackle the high numbers of small children who die in South Africa every year. 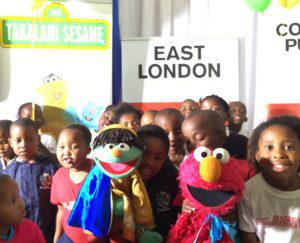 Neno and Raya of Takalani Sesame celebrating the launch of new educational resources with Hope School children at Johnson & Johnson in East London.

Currently the mortality rate of children under five years old, according to figures released by UNICEF and the SA Office of the Presidency, stands at 93 per 1000 children. The leading causes of these deaths include respiratory infections, diarrhea and malnutrition.

“We want to teach young children and their carers the basics that could help prevent some serious illnesses,” she said.

“You find that very serious illnesses arise from not doing basic things like washing your hands and using clean water.”

Sesame Workshop has piloted the programme with a group of NGOs in Buffalo City Municipality, where teachers and carers were given cellphones on which to run the Healthy Play app, and were also put on a six-week long training course.

The Healthy Play app is intended for early childhood development centres and classrooms, and is available on Android phones. The Healthy Play print content will be handed out to at least 90,000 children and 6,000 caregivers in English, IsiXhosa and Afrikaans in the Eastern Cape.

In addition, Sesame Workshop and Johnson & Johnson will launch interactive seminars and training conducted by local WASH experts for teachers and facilitators who interact daily with Eastern Cape children.

The launch event also saw the introduction of new puppet Raya, Sesame’s first global health ambassador Muppet. Raya is a six-year-old who is always very neat, and clean, because she pays special attention to her hygiene. Raya is a mine of information, some of it relatively arbitrary and doesn’t help us at all (for example, she knows that giraffes only have seven bones in their necks, just like we do) and some of it very, very useful (for example, she knows that if you wash your hands often it helps you stay healthy).

*An edited version of this story appeared on Health24.