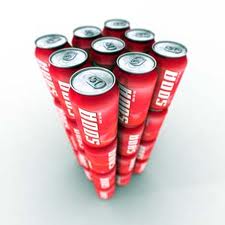 Monday’s deadline for comment and responses by industry stakeholders and the public to Treasury’s proposal that a tax be imposed on sugary drinks has kicked the conflict between those in favour of the measure and those against it into high gear.

The Health Department remains firmly in favour of the tax, seeing it as a strategy to encourage good health choices, while big business is fighting against the effort that will impact on their bottom line.

Earlier this year Finance Minister Pravin Gordhan announced in his Budget speech that a tax on all sweetened beverages would come into effect next year. This would impact all soft drinks, energy drinks, sweetened fruit drinks, flavoured waters, ice teas and sweetened milks, with 100 percent fruit juices being exempt. A can of fizzy cold drink contains about 40g of sugar (equal to eight teaspoons) meaning that the proposed tax of 2.9c per gram of added sugar will increase the price of the drink by about 20 percent.

The idea behind the tax is to drive down consumption of these drinks and encourage consumers to make healthier choices that will help curb the rise in sugar-related diseases such as diabetes and obesity that are currently burdening the health system and the economy.

“Every time we come up with a health benefit, there are people who will argue and fight us. But they can say whatever they want, we know that this tax is a good thing and will ultimately help to save lives,” said Health Ministry spokesman Joe Maila.

“We believe a sugar tax will help contribute towards a reduction in the high consumption of sugar drinks, and will contribute positively towards our fight against obesity and also have other health benefits.”

But this week the Beverage Association of South Africa (BevSA) came out strongly against the tax. BevSA represents a number of major soft drink companies including Coca Cola, Pepsico and Red Bull, and has condemned the tax as “misguided”.

Speaking at a press conference in Port Elizabeth last Tuesday, chairperson of Coca Cola Beverages Africa’s Phil Gutsche announced that South Africa could lose about 60 000 jobs due to the proposed sugary drinks tax.

CCBA then went on to threaten backtracking on a commitment to invest R800m in enterprise development in South Africa if the tax goes ahead, claiming that the levy would cause further financial strain in the industry.

Gutsche told Business Day: “As part of the CCBA merger, we made a commitment to invest R800m to develop SMMEs in the industry. We also committed to keep our employment numbers the same. This tax could undermine that commitment.”

Maila said unexplained claims of massive job losses by sugar beverage industry players should not be seen as a reason to stop the efforts to combat sugar intake.

“How does saving lives balance against speculated job losses?” Maila said, explaining the tax as a cost-effective means of addressing diet-related non-communicable disease.

How does saving lives balance against speculated job losses?

According to a recent study published in the Lancet medical journal, 70% of South African women and 40% of men were overweight or obese by 2014.

BevSA is claiming that the sugary drinks tax could lead to 60 000 job losses. They also argue that cutting down on sugary drinks consumption will not necessary lead to a reduction in sugar consumption, with consumers simply opting to buy some other sugar-loaded treat instead.

BevSA says while the industry directly employs 14 600, the anticipated job losses run down the entire value chain (estimated to encompass 180 000 to 200 000 jobs) – starting with small sugar growers through to sales in spaza shops, with the impact disproportionately hitting small businesses that derive a great deal of their income from soft drink sales. It also includes jobs that will not be created.

Treasury, the body driving this new tax, has labelled the massive job loss claims as mere speculation and “scaremongering”. The department has called for “evidence-based comments and inputs, rather than speculation on the impact of the sugar tax on jobs”.

The deadline for this feedback has arrived. As industry players have their say, the arguments are set to intensify. – Health-e News.

An edited version of this story was published in The Star.