How the loss of an arm led to a new life

For teenager Lerato Mofokeng, while losing her arm was a traumatic experience, it has turned her into a brave speaker who now inspires other children with disabilities to overcome their own challenges.

Lerato, who is from Bethlehem in the Free State, says the amputation of her arm at first left her devastated, embarrassed and heartbroken. But, through a simple change in attitude and a chance to communicate her feelings, she has risen above her sadness.

“I was involved in a car accident on my way from school one day and my arm got very badly injured – to a point that they decided to cut it off in the hospital,” she said.

“At first I was in denial. I thought if I lost my arm I would become a joke to my friends and the community. It was also hard for my parents and it took some time for us to agree, but we didn’t really have a choice. We had to let the doctors do what they believed was best for me,” Lerato said.

“My arm was then cut off and I spent the whole month in hospital in order to heal. I didn’t want to go back home because I was ashamed of myself. But my family was there for support.

“The first day back at school was so uncomfortable because everyone was staring and gossiping about me. This happened for days, and I would go home heartbroken,” Lerato said, explaining the deep sadness she felt.

I told them what happened was not my fault, and how hard it had been for me to have my arm cut off and how through the support I got from my family I have managed to be strong.

“Then one day I decided to ask my principal if I could address the school about my situation, and he agreed. I went on stage in front of my fellow learners and shared my story with them, and I even told them how uncomfortable they made me feel. I told them what happened was not my fault, and how hard it had been for me to have my arm cut off and how through the support I got from my family I have managed to be strong.”

That brave speech to her school proved to be a turning point for Lerato, who regained her confidence and the respect of peers.

“I am now doing grade 12 and passing with flying colours,” she said. She is now keen to motivate other youngster with disabilities, and encourage them to realise that they don’t need to allow their challenges to make them give up on their dreams.

“I want them to know that they can still make it.”

Mrs Nomasonto Mofokeng, Lerato’s mother, said allowing her daughter’s arm to be amputated had been a difficult decision.

“I feared so much for my daughter, but I am glad and thankful for the support we got from the rest of the family, and the support groups we went to. Today my daughter is a brave young girl with bigger dreams ahead. She will be going to the University of Free State next year,” the proud mother said.

Sesele Moeletsane, a support group agent, said: “I remember the first time I met Lerato and her mother. I just saw a young brave girl who was willing to live her life despite the situation she was in.” – Health-e News.

HIV positive teenagers in the Northern Cape have started defaulting on their treatment because of the difficulties they encounter as they regularly have to miss school in order to fetch their medication.

People living with disabilities are often left out of HIV programs despite the fact that they are disproportionately at risk. Treatment Action Campaign activists say that, unless this is addressed, South Africa will struggle to reach the 90-90-90 target set by UNAids.

This Eastern Cape father uses karate and gardening to keep young and elderly members of his community healthy and active. 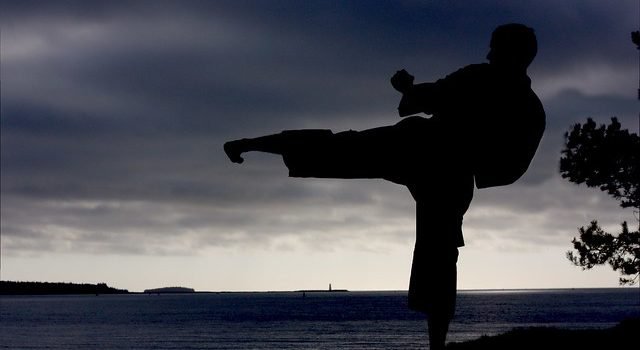