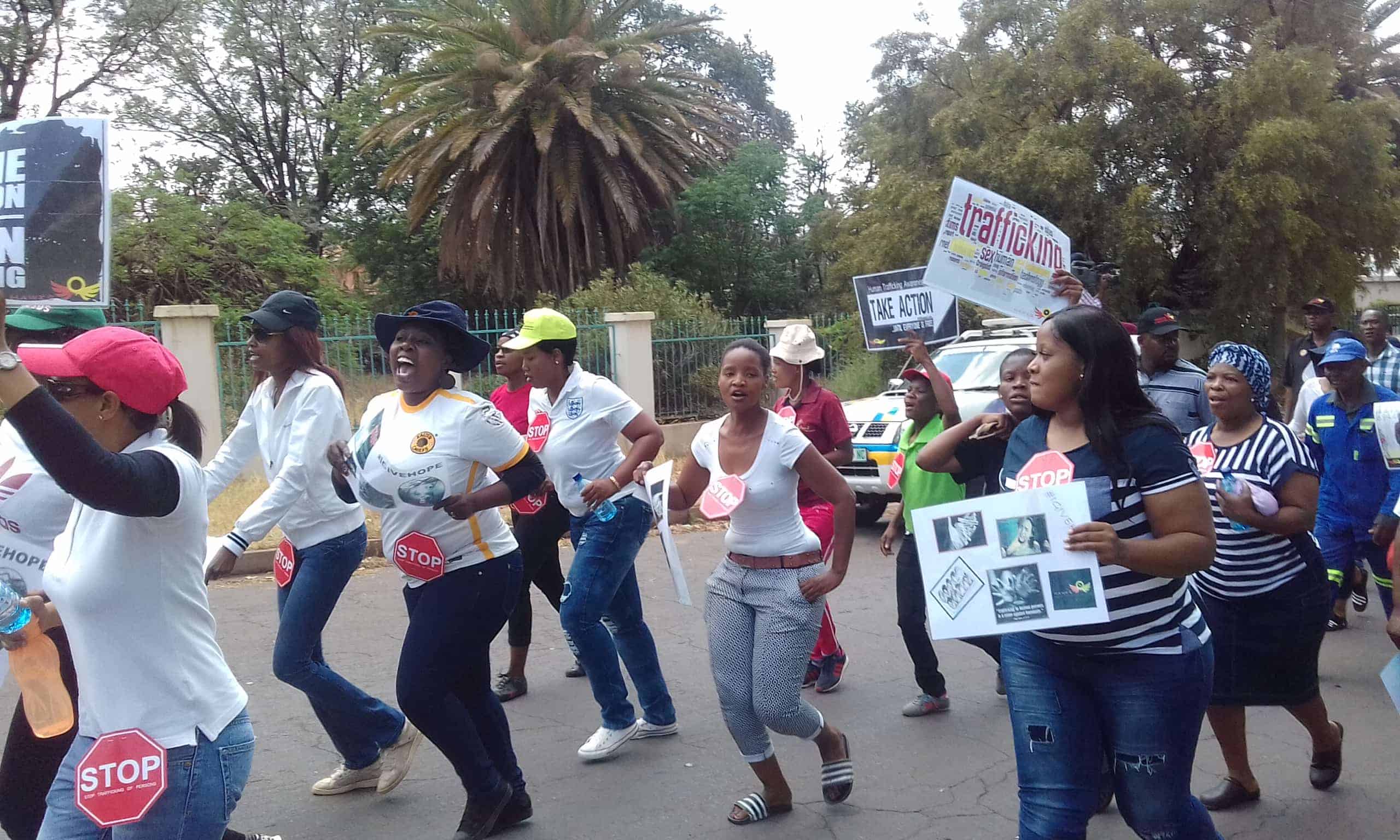 Kuruman – a small town in the Northern Cape – has become a hot spot for human trafficking, with young women and children being targeted and in some cases even murdered. 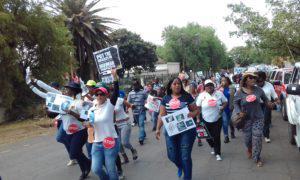 The problem was highlighted earlier this month when a three day awareness campaign on human trafficking, headed up by the Hawks, was held in the area.

“Our duty is not only to arrest those violating the human rights of others, but also to inform and educate our people about such human rights violations. This is in keeping with our mandate to prevent, combat and investigate national priority offences,” Ntlemeza said.

The campaign, held from 17 to 19 October, was aimed at fostering community support for and participation in the fight against human trafficking in the area, which has seen an increase in random incidents that are being investigated by the Hawks.

During the campaign high schools were visited and addressed by the National Prosecuting Authority’s Advocate Anthea van der Beyl, who spoke about modern day slavery and ways to avert it.

A march through the streets of the Kuruman CBD was also held.

“The growing trend of human trafficking within the John Taolo Gaetsewe District cluster is a huge concern, and that is why the march was directed to this area,” explained Hawks provincial head Major General Kholekile Galawe, adding Kuruman, Katho, Kimberley and other towns with mining and wine farms had been badly impacted.

The growing trend of human trafficking within the John Taolo Gaetsewe District cluster is a huge concern, and that is why the march was directed to this area.

According to Advocate Van der Beyl, Kuruman had also experienced reports in child trafficking, and urged people to report any information or suspicious behaviour that might be linked to the increased human trafficking phenomenon in the town.

Van der Byl said everyone involved in the human trafficking chain – from pimps to transporters – could be criminally charged and face jail time as well as a massive fine.

“Many of the women responding to the adverts will be sexually abused and pulled into sex slavery. This is because of poverty in the area,” Van der Byl said, urging people to be careful of job adverts – particularly by unknown or unnamed companies – and to be extremely wary when accepting any offers of employment.

A 26 year old woman who was a victim of human trafficking, said she was grateful to have been rescued and given ongoing support by the Department of Social Development’s Victim Empowerment Unit.

The young woman, who did not want to be identified, said she was offered a lift from Kuruman to Upington. During the journey she was offered a cold drink, which she accepted. Soon after drinking it she fell asleep. When she woke up she discovered used condoms lying next to her head, she was bleeding and had been left near the border gate to Namibia. She had been sexually abused.

“I consider myself lucky because they did not kill me. I was helped by the police working at the boarder gate, and I was transported back home. Now I don’t hike or trust lifts anymore,” she said.

District Mayor Sophia Mosikatsi said the municipality was duty bound to protect children in the area.

“I was not aware that Kuruman is affected by human trafficking until I heard of the recent events that happened in the district. One child was found dead in a drain, others were found in hostels where they had been turned into sex slaves by adults who sold them out,” she said.

“As the municipality we have joined hands together with SAPS and we pledge to strongly oppose human trafficking and sexual exploitation. We will ensure that our area is safe, and that can only be possible if we work together as a society,” Mosikatsi said.

As the municipality we have joined hands together with SAPS and we pledge to strongly oppose human trafficking and sexual exploitation. We will ensure that our area is safe, and that can only be possible if we work together as a society.

The march against human trafficking saw about 100 women and men joining together, moving through the town.

Traditional leader Kgosi Bakang Phetlhu said many families living in poverty would send their children to Upington during school holidays in order to do seasonal work.

“This is one of the things that must stop,” he said, explaining that it was dangerous to send vulnerable youngsters out to work.

Phetlhu said Kuruman had seen an increase in drugs at schools, a drop in pass rates and an increase in the number of people being picked up by trucks arriving to collect labourers to work in other areas.

“They work under dreadful conditions and are often not compensated afterwards,” Phetlhu said.