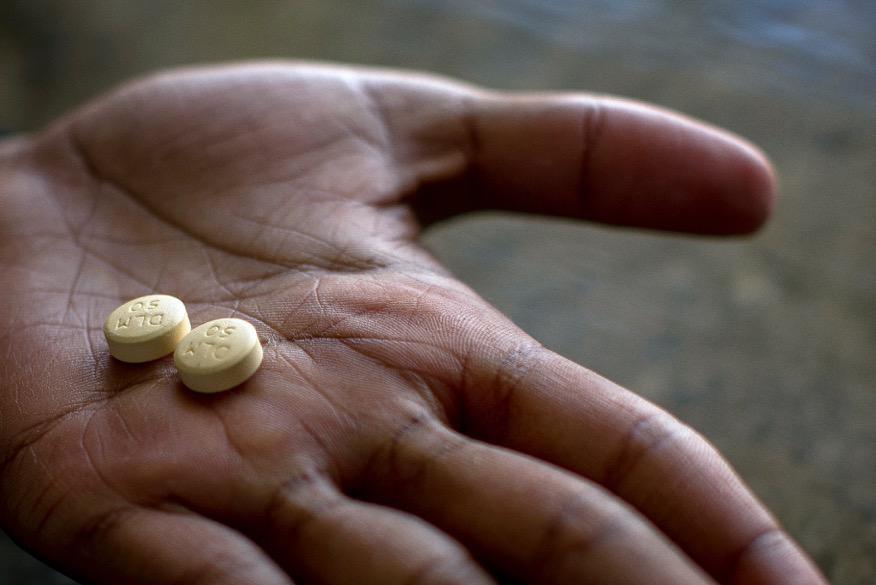 After feeling ill for months, 16-year-old Sinethemba Kuse received the news that she had multi-drug-resistant tuberculosis (MDR-TB) from her local clinic in Khayelitsha outside of Cape Town in December last year. 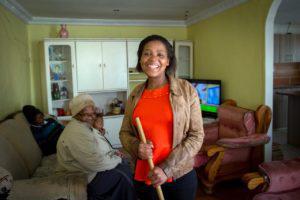 Sinethemba Kuse (16) has been selected for a new treatment after being diagnosed with multi-drug-resistant tuberculosis (MDR-TB).

“Imagine being told that you have MDR-TB just before Christmas,” she said.

Unlike drug-sensitive, or “normal” TB, which requires 6 months of treatment, MDR-TB treatment can take up to two years to complete and the drugs used are toxic as this form of the disease is resistant to two of the most commonly used anti-TB medicines.

“That day, I lost hope. I thought she was going to die,” said Kuse’s grandmother Vuyisiwa Madubela, who shares a small two-bedroom house with her granddaughter and four other family members in the Western Cape township.

That day, I lost hope. I thought she was going to die.

But in February this year, the teenager’s problems escalated: doctors informed her she had pre-extensively drug resistant TB (pre-XDR-TB) – a strain of the disease which even fewer drugs work to kill. Up to 75% of people with XDR-TB die, even with access to treatment – as the drugs are old, toxic and very difficult to take.

One of the drugs that have been found effective in pre-XDR and XDR-TB patients, delamanid, is brand new, expensive and not available to most South Africans.

Kuse was one of the lucky few who, through a special access programme run by Doctors Without Borders (MSF), has begun taking the new drug as part of her multi-drug regimen.

According to MSF, although 7000 South Africans need access to the drug, only a fraction are offered it, as it has not been registered with the South African Medicines Control Council (MCC).

Because of this delay, over the past 10 months the small number of South African patients have begun to use delamanid outside of clinical trials have been allowed to do so through a special compassionate access programme where clinicians have to apply directly to Japanese pharmaceutical giant Otsuka directly on a case-by-case basis.

The National Department of Health is establishing a national clinical access programme with Otsuka, which would bring the drug to many more patients, but progress has been slow.

The eventual start of a clinical access programme nationwide will be a welcome development, though it is unclear if there will be a sufficient number of treatment courses to meet demand for delamanid prior to local registration of the drug.

“The eventual start of a clinical access programme nationwide will be a welcome development, though it is unclear if there will be a sufficient number of treatment courses to meet demand for delamanid prior to local registration of the drug,” said MSF TB Dr. Jenny Hughes.

She said registration with the MCC is needed to incorporate the drug in the country’s TB treatment guidelines, but this process can take years even when applications are urgent and expedited.

Kuse was one of the very first patients to receive the drug in South Africa – a very effective medicine with fewer side-effects than current drugs that are being used.

Her grandmother Madubela said that after a month of treatment Kuse has gone from being sick and nauseous to almost back to her normal self.

“She’s going to church, she’s singing in the church choir. Everyone wanted to know what happened.”

While clinicians and TB experts around the world meet in Liverpool, United Kingdom, this week for the 47th Union World Conference on Lung Health, Madubela asked MSF to make her plea heard by Otsuka: “I would ask the manufacturer of delamanid to get more drugs for other patients. I would ask them to give it to every patient who really needs it. I see lots of TB patients at the TB clinic. If people got this drug, they could really control DR-TB. TB is a giant but not a killer. TB can be cured.”