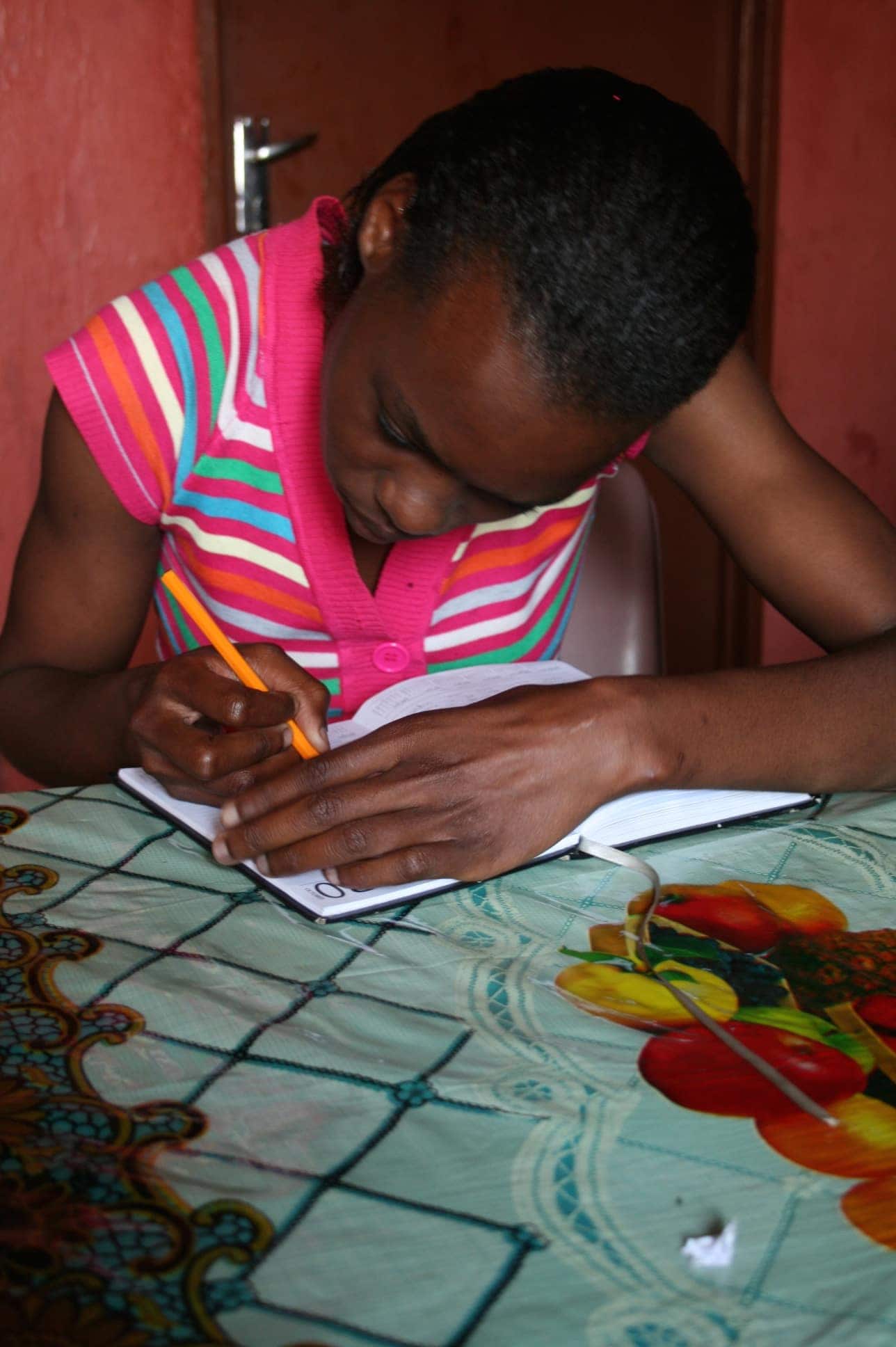 Like other Multi Drug Resistant TB patients, Linah Choene (23) faced a terrible decision: either give up her treatment and die, or continue with it and go deaf.

Two years later, Linah has lost more than just her hearing. She has lost her education, her ability to communicate normally, her friends, radio and TV … in fact, her life as she knew it.

In 2014 Linah was diagnosed with MDR TB and was initiated on treatment in May that same year. According to Linah, when diagnosed she was never counselled. She was never given a consent form before taking the treatment, and she was not warned of the effects. And so she went ahead without knowing that it would cause the loss of her hearing. 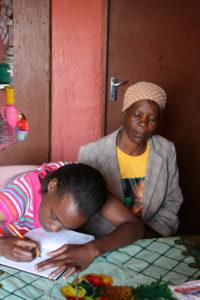 Linah Choene, who has lost her hearing because of the MDR tuberculosis treatment she was on, is now forced to write messages down when she wants to communicate with her mother Martha.

“I was shocked to find out that when a person is initiated on treatment they must fill in and sign certain forms.”

She said that she was admitted to hospital at one stage, but her complaints were not addressed.

“I told the hospital that I am starting to lose my hearing. But they said there is no other treatment they can give me.”

Linah told Health-e News that while she was at Carletonville Hospital, the staff appeared not to care about her condition and continued injecting her everyday.

“My mother used to come to the hospital to change and bath me, then give me food,” Linah said, explaining that staff would tell her she was a burden.

According to Linah, when the hospital realised she was deaf, she was told she could go to a school for the deaf where she could learn sign language and finish high school. But this never happened, and she remains at home, her schooling unfinished.

“It feels so painful, and I am always crying when I see other children in their school uniforms going to school,” said Linah, adding that she dreamed of finishing grade 12 and having a career.

Writing in a diary

Sitting outside her purple brick home, she now writes in a diary as her way of communicating with her family. She spends her whole day with her mother – the one person who seems to understand her better than any other. She watches TV programmes with subtitles.

“I can do other things like cooking and laundry, my only problem is ears.”

Martha Choene, Linah’s mother, said it has become extremely difficult to communicate with her daughter.

“When we talk to her we write down using a phone or her diary.”

When we talk to her we write down using a phone or her diary.

She told Health-e News that when Linah began her treatment she started to complain about headaches and itchy eyes. Doctors told her Linah’s body needed to get used to the injections and that she would be fine.

But Linah wasn’t fine, and Martha ended up leaving her job painting RDP houses to take care of her daughter after she lost hearing.

“We are a family of seven and survive on social grants for three children.”

Martha remains traumatised by the advice one nurse gave her two years ago – to feed Linah rat poison and in that way get rid of her burden.

“All I want is to see my child living a normal life. I will accept any help that can be provided for her,” she said.

According to Dr Francesca Conradie Clinical Research Advisor at Department of Medicine in University of Witwatersrand, MDR consists of five medications, one of which is the kanamycin injection.

“Kanamycin is one of our core drugs to treat MDR and it can make patients go deaf,” said Conradie. “We doctors hate making patients go deaf. It is not something we do lightly, but until recently we had no choice. It’s either you go deaf or you die.”

Conradie said that now when they pick up that the patient is starting to lose hearing due to Kanamycin, they are able to substitute it with Bedaquiline, a new medication registered in October 2013. She told health-e News that all patients diagnosed with MDR start on the standard treatment.

“We measure their hearing every two to four weeks, depending on which facility they are in. If we see signs of hearing loss, we immediately change.”

She added that there are currently about 2 800 patients in South Africa who are getting Bedaquiline.

According to a report released by Doctors Without Borders in 2015, MDR-TB is very hard to cure, and treatment lasts two years. Patients take up to 14,600 pills and have hundreds of injections. The treatment is successful in only 50% of cases, with severe side effects.

Dr Maureen Kamene, deputy head of the National TB, Leprosy and Lung Disease Programme of Kenya said recent drug resistance surveys indicate that the cases in Africa are higher than previously estimated, and added that if TB goes untreated it can cause serious complications.

“The patient with MDR TB will get complications such as heart failure, fluid in the chest or pleural effusion, breathing difficulties and eventually die,” said Kamene.

“Worse still, the patient will transmit disease to close family and friends, increasing the cost of treatment and diagnosis as more people now require treatment.”

The Department of Health has meanwhile denied the allegations made by Linah and her mother.

“During her stay at the hospital, she responded well to treatment.  She returned to hospital on 3 July complaining of hearing loss. Treatment was immediately stopped,” said Steve Mabona, spokesperson for the Department.

He said Linah had never been promised a place at a sign language school.

“Please note that the patient signed the refusal of hospital treatment form prior to the hospital being given the opportunity to address the complication of her hearing loss.”