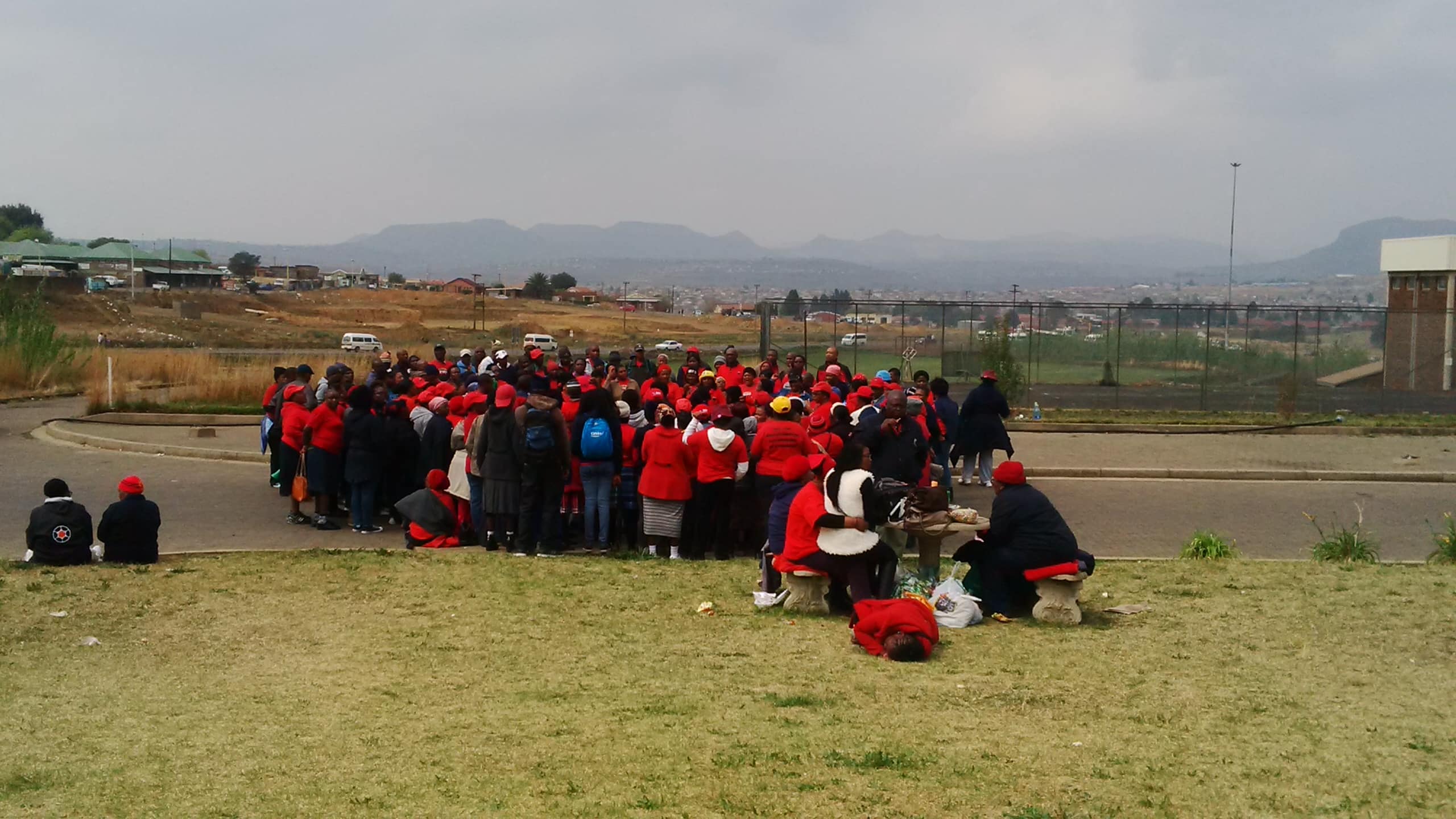 An ongoing strike at Monapo Hospital in Qwa Qwa in the Free State is not only set to continue, but other hospitals in the area are now threatening to join the action.

Workers at the large government hospital began their strike last Friday (September 9), and still no resolution has been reached.

Tsoleli Mosikili, head of communication for Monapo Hospital, said there were several reasons for the strike action. These included the fact that kitchen and security staff were insourced, a general staff shortage, unpaid overtime worked, demands for more fulltime staff to be permanently appointed, the removal of expensive mobile toilets and complaints against the appointment of Buthelezi Ambulances which are suspected to have been acquired irregularly. 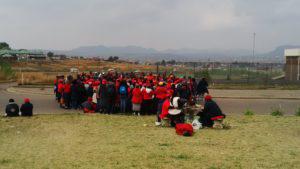 Striking workers outside the Monapo Hospital.

He said the strike had been co-ordinated by the National Health, Education and Allied Workers Union (Nehawu), and was continuing.

Only about 30 percent of staff were on duty on Wednesday, and patients in critical condition had been moved to other hospitals.

Patients at Monapo Hospital were battling as they were not receiving enough food as kitchen staff had joined the strike. Toilets were not being properly cleaned and sanitation was becoming an issue.

“It’s a sad situation. Our lives depend on nurses and now there are no nurses around to help us, we don’t know what to expect next,” said one patient.

It’s a sad situation. Our lives depend on nurses and now there are no nurses around to help us, we don’t know what to expect next.

Nurses and doctors who have worked up to 16 hours on a shift have only been paid for 10 hours.

“We do have a shortage of staff,” Mosikili said, explaining that these were due to issues like staff being transferred to other hospitals, some going on pension and some dying.

Mosikili said the hospital was anxious to see all the challenges raised by the union resolved, and called on staff to return to work while negotiations continued.

“People should come to work because this is not about us, but our patients. Workers need to remember the pledge they took and stick to it,” he said.

No nurses, cleaners or porters

Sibongile Mtimkulu, CEO of Manapo Hospital, said there were currently no nurses, no cleaners and no porters available to transport patients. No emergencies could be handled, the hospital was dirty and about 70% of staff had failed to report for duty, she said. This was despite a request by health officials for staff to report to work.

Three other hospitals in the region – Elizabeth Ross, Thebe and Dihlabeng Hospital – have also threatened to strike.