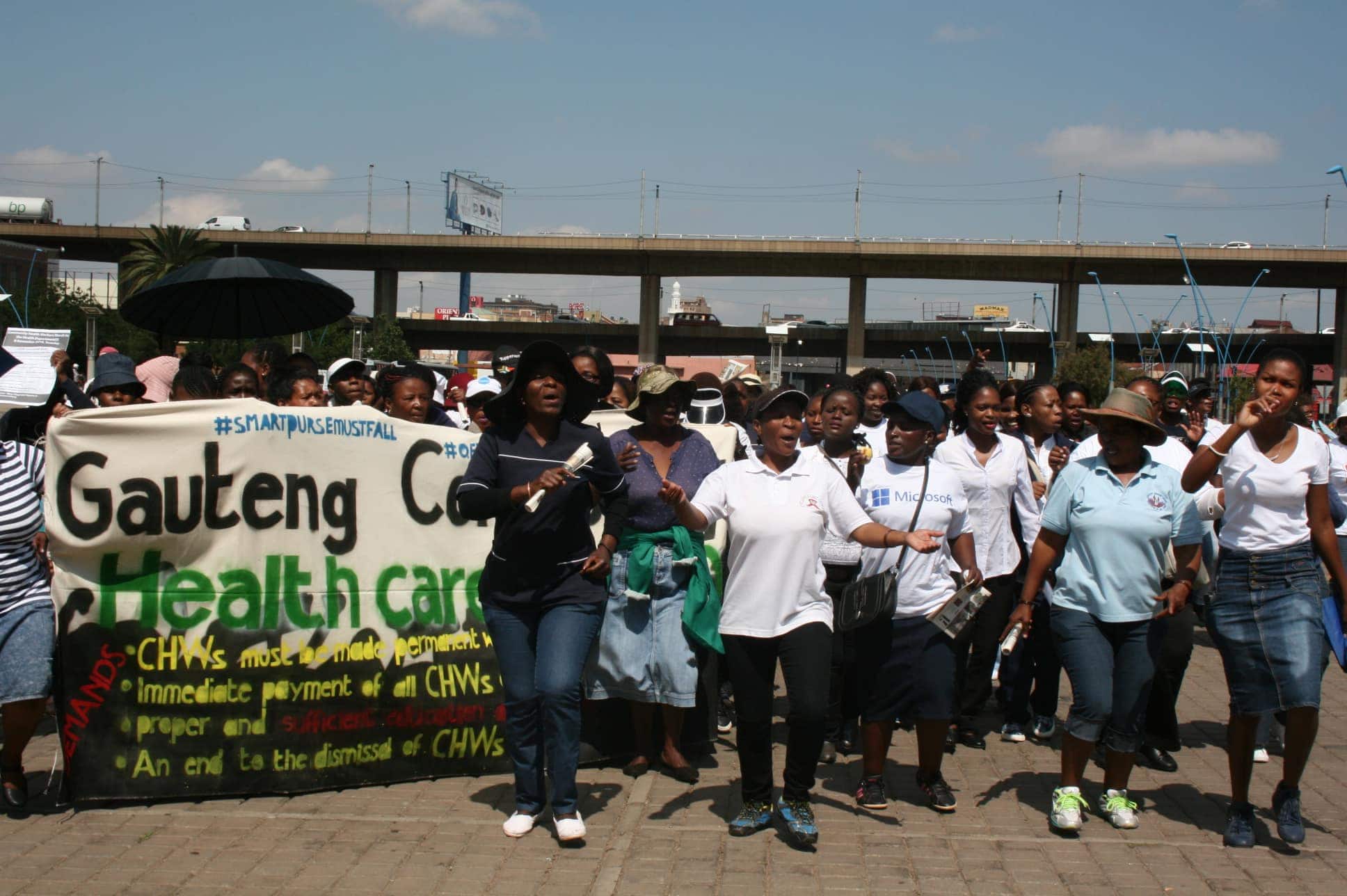 Community health care workers, unhappy about how they are treated by the Gauteng Department of Health, took to the streets on Tuesday and marched to the department’s offices to raise their concerns. 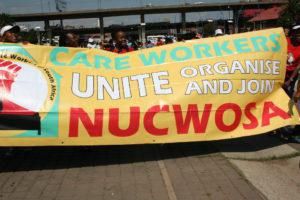 According to The Gauteng Community Health Care Forum, the march was held in protest against the “continuing disregard for community healthcare workers (CHWs) and their labour rights by the Gauteng Department of Health (DoH)”.

The workers want age limits for permanent employee contracts to be lifted and better payment systems to be implemented.

The statement released by the GCHCF states that CHWs first went on strike in 2012 and forced the Department to recognise them “both as human beings and as health workers”.

They won a battle to force the Department to take over their employment contracts, which were being handled by NGO’s – many of which failed to pay the CHWs for months on end.

In September 2013, CHWs were officially employed by the DoH. However there were still many challenges faced by the CHWs.

Earlier this year Health-e News reported that the Labour Court ruled in favour of the CHWs, finding that they are employees of the DoH and not ‘volunteers’ or ‘independent contractors’ as had been claimed.

William Mokoena of the GCHCF said this was a landmark victory for healthcare workers, following which lawyers wrote to the DoH, asking that it employ all 9000 CHWs in the province on permanent contracts.

However, the DoH refused to agree to this, and the CHWs lodged a dispute in the Public Sector Health and Social Development Bargaining Council on August 1 this year. In the application, over 800 applicants asked the Bargaining Council to declare them permanent employees in terms of section 198B of the Labour Relations Act.

I have more than 20 years of experience doing this job. Now they want to kick us out and talk about age and having grade 12.

Mokoena told Health-e News that they were expecting to get permanent contracts following the labour court victory, and were surprised when their application failed.

“We were surprised to find out that the department is now outsourcing us to something called Smart Purse,” said Mokoena, who  added that carers are not happy with the Smart Purse arrangement as some had not been receiving their payments for the past six months.

“This is the reason they are marching to the department today – to submit their memorandum of demands,” Mokoena explained this week.

Nomvula Motloung, who has been a CHW since 1996, said the new Smart Purse contracts dictated that workers have to be between 18 and 35 years old.

“I have more than 20 years of experience doing this job. Now they want to kick us out and talk about age and having grade 12,” she said.

Motloung said young people newly out of school with a matric certificate were not able to do the kind of work CHWs do in the field.

According to the CHWs, those employed through the Smart Purse system don’t receive proper payment statements. Smart Purse acts like an e-wallet, meaning those on the system have to withdraw the entire payment at once on pay day. Anything left is forfeited.

Zoleka Mbotshelwa, chairperson of the GCHCF, said: “The DoH used to pay us R2500. Since we have been paid by Smart Purse, we receive only R2475 and we don’t know where our other R25 is going.”

She said one explanation given was that the R25 was for UIF, but a check with the Labour Court showed that the CHWs are not registered for UIF.

Thokozani Langa of the DoH received the memorandum on behalf of the Department and has undertaken to respond to all the concerns within seven days, as requested by the memorandum.