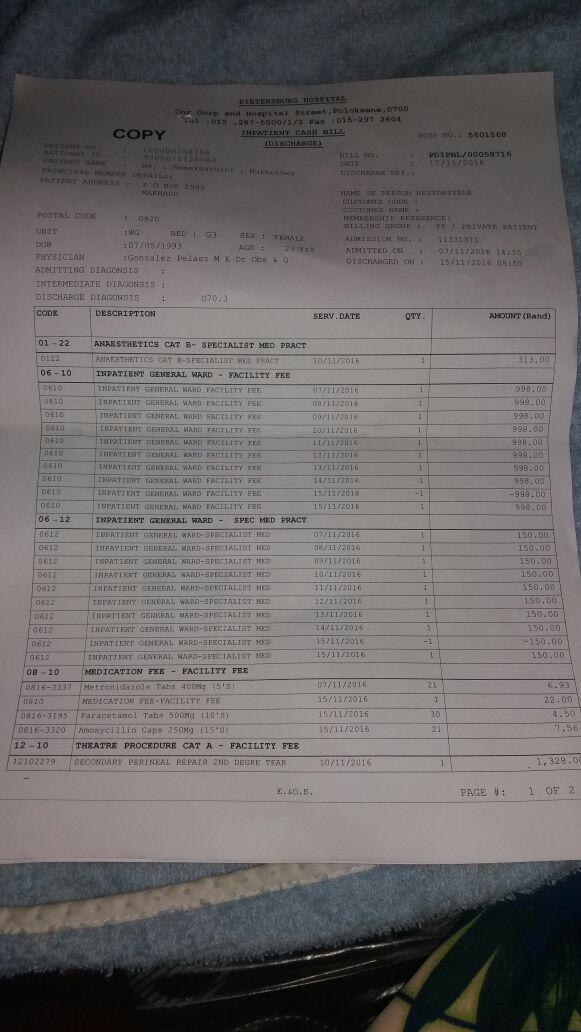 Limpopo – A young mother who suffered pain and bleeding for months after she was badly stitched after giving birth, and who was helped only after the Health Department intervened, has now received a bill for R11 000. 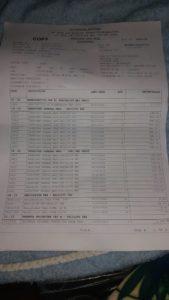 Mukhethwa Nemakhavhani (23) had a baby in early July at the Memorial Hospital in Louis Trichard. She tore during the birth and was stitched up so badly that she had to go back three times – and on each occasion the stitching was badly redone and pulled out before she was healed properly. As a result she spent months in constant, severe pain and bleeding.

During that time she was unable to return to work.

Health-e News wrote about Nemakhavhani’s horrifying ordeal, and the Limpopo Health Department stepped in to help. Last month she was admitted to the Polokwane Provincial Hospital for two weeks where she said she was treated with care and dignity. She was operated on and her wound was properly cared for.

But when she returned to the hospital this week for a check-up, she was presented with a bill for R11 000.

“I was not aware that they were charging me because I was transferred to the hospital from the Memorial Hospital because they are the ones who made a mistake at the first place. Now, after going through all those pains for months because of them, I have to pay that huge amount of money which I do not even have,” said Nemakhavhani.

“Even though I am happy that I finally received the help I needed, I am stressed now because I do not even know where to start to raise that amount of money. Even my annual salary cannot even reach to that amount,” she said.

I just wish all this can go away as I also want to enjoy life like other people. I regret the day I choose to give birth at the Memorial Hospital because it is where everything started. Those people ruined my life.

Nemakhavhani, who works as a cashier in Louis Trichard, was on the verge of losing her job as she was unable to go to work for the past four months due to continuous pains and bleeding. She only returned to work on December 1.

“I just wish all this can go away as I also want to enjoy life like other people. I regret the day I choose to give birth at the Memorial Hospital because it is where everything started. Those people ruined my life,” said Nemakhavhani.

Limpopo Health Department spokesman Thabiso Teffo said: “Our aim as the department is to offer free quality assistance to all our people. Hospitals cannot ask someone who is not employed to pay that amount of money. I am sure a mistake has been made and we will rectify it as soon as possible.”

Teffo said that the invoice will be withdrawn as soon as possible, because Nemakhavhani had been referred to the hospital by the government. He has taken her details to personally follow up on the case, stating that only high income earners are charged for medical treatment at state facilities.