About 5000 workers from the National Health Laboratory Services (NHLS) around the country are set to go on strike on Wednesday – action that some warn could be averted.

Jack Bloom of the Democratic Alliance believes that the strike could be called off if the Gauteng Health Department would pay the almost R700-million it owes to the NHLS, enabling the service to afford fair salary increases.

The National Education Health & Allied Workers’ Union [NEHAWU] has confirmed that NHLS workers are currently preparing for a national strike this week.

“This looming strike is a result of the failed wage negotiations between the employer and organised labour,” NEHAWU claimed in a statement.

Some of the employee demands include a salary adjustment of 7.3%, a housing allowance of R2000 per month and a shift allowance of R50 or 45% of hourly rate – whichever is the greater.

According to NEHAWU, all these demands were submitted to the NHLS on February 24, sparking marathon wage negotiations aimed at having the salary increases settled and implemented by April 1.

But discussions deadlocked the unions declared a dispute. All internal processes aimed at resolving the dispute failed and the matter was referred to the CCMA for facilitation.

Tahir Maepa of the Public Servants Association said the full implementation of the wage agreement has been dragging on since August last year.

“Labour tabled its wage demand for 2017 on 24 February and by 26 April the employer had failed to meaningfully respond and so a dispute was declared,” said Maepa.

“When the internal dispute procedure failed to resolve the impasse, the matter was referred to the CCMA for conciliation on 19 May. The matter remained unresolved and a certificate of non-resolution was issued by the CCMA on 22 June.”

Maepa said he was not aware of any unhappiness pertaining directly to working conditions, but was aware that employees were unhappy with their salaries.

NEHAWU confirmed that a series of meetings were further convened with both the National Department of Health and management of NHLS with the intention to intervene on the wage dispute in order to avoid the impending strike action.

According to NEHAWU, the NHLS and the Department of Public Health are guilty of underpaying workers who are critical at the point of service.  “It is at this point that we call upon South African society to join hands with us in our quest to bring back our NHLS into public service,” said Khaya Xaba, spokesperson for NEHAWU, adding that they did not want public health services to be outsourced.

Bloom said unions were demanding increases of between 7.3% and 13%, while the NHLS was offering only 3%, “clearly too low as it is well below the inflation rate”.

“Reasonable wage demands could be met if the Gauteng Health Department just paid the R696 million that it owes the NHLS,” said Bloom.

If the strike goes ahead on Wednesday many thousands of state patients will suffer as diagnostic tests are delayed.

According to Joe Maila, spokesperson for the National Health Department, authorities are aware of the intention to strike notice that was submitted by organised labour to the NHLS.

Commenting on the R696 million that the department owes to NHLS, Maila said (on Friday 21 July): “Three provinces – Gauteng, KwaZulu Natal and Northern Cape – owe NHLS. They have committed to pay within seven working days.”

An edited version of this story appeared on IOL. 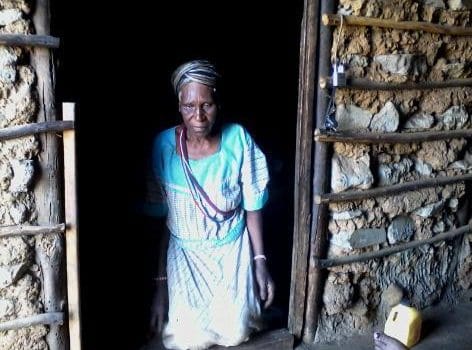 The deceased is the first death in the OR Tambo region, and his coronavirus diagnosis was only found out after he passed away.

While the public health system is desperately under-funded, money alone will not fix it. Yet this is the underlying assumption of the National Health Insurance (NHI) Bill, which serves to force the public and private health systems into a hasty marriage.