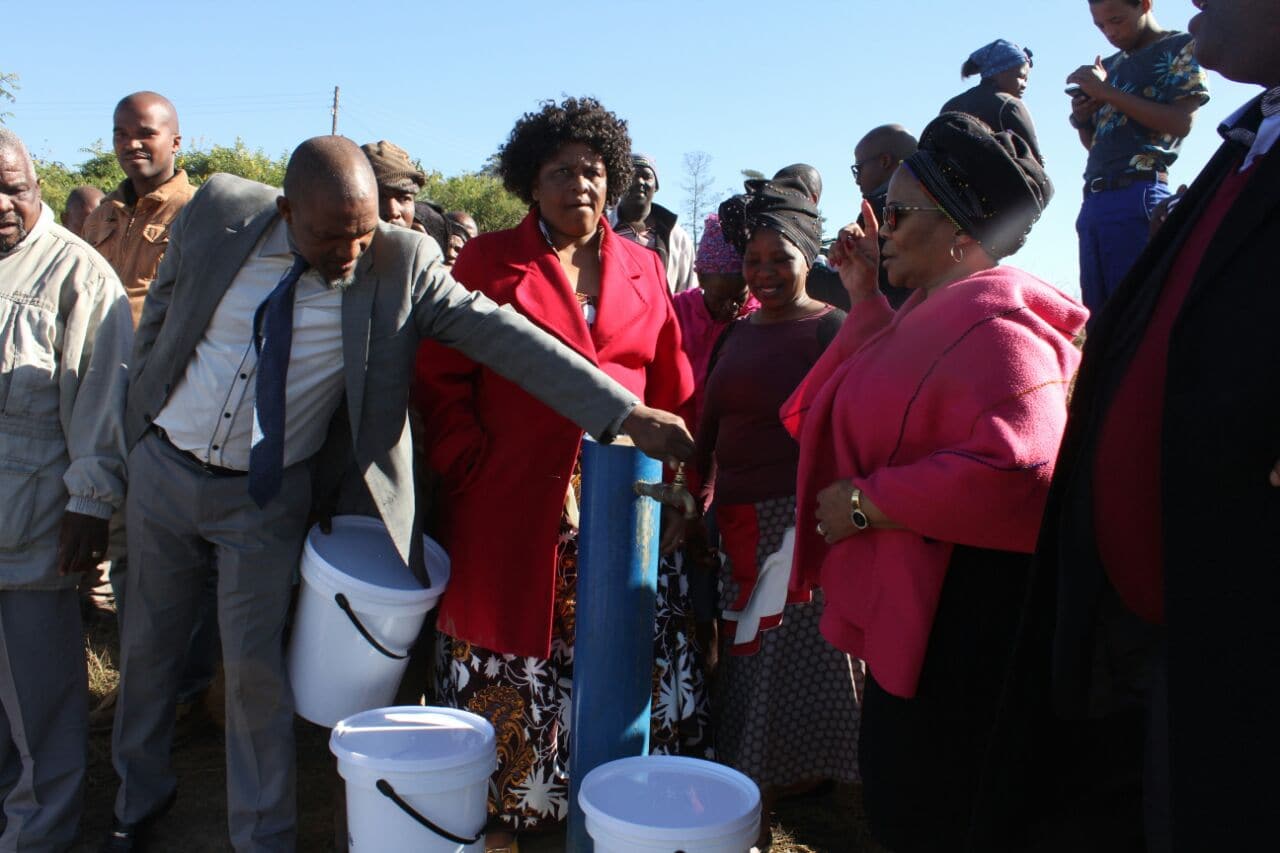 EASTERN CAPE: Water and Sanitation Deputy Minister Pamela Tshwete has launched the Ntontela Tembukazi water supply project at kwaNgcoya village in Lusikisiki in the Eastern Cape – bringing fresh water to rural villagers who have had no real supply.

Previously the residents of the area did not have a proper water supply due to a lack of infrastructure in the area.

This new project will be implemented over a three-year period and in three phases under the Municipal Water Infrastructure Grand (MWIG) to ensure that there is a safe source of drinking water supply while the people are waiting for a long term solution.

A total of 16 285 people from four wards – wards 11,12, 15 and 29 – are benefiting from the project. Ngquza local municipality Mayor, Councillor Pat Mdingi says they put their people first.

When our communities are not happy, especially with service delivery, we have to take action before it’s too late to avoid protests.

“We are a caring government. When our communities are not happy, especially with service delivery, we have to take action before it’s too late to avoid protests. We want our people to have a better life,” Mdingi said.

He added that a lot of money was spent on the project.

“More than R44 million has been spent on the Ingquza Hill project to ensure people receive clean potable water.”

Previously residents relied on springs in the area for water, and are now thrilled about the new project. Nomsa Mgotywa, a community member from Sitshayelo area, said they are very excited because water supply has been a huge challenge.

“At last government has answered our grievances. We were struggling to get clean water and we have to forced ourselves and go to rivers to get dirty water, which is not good for our health. Thanks to our government, finally we will get clean water,” she said.