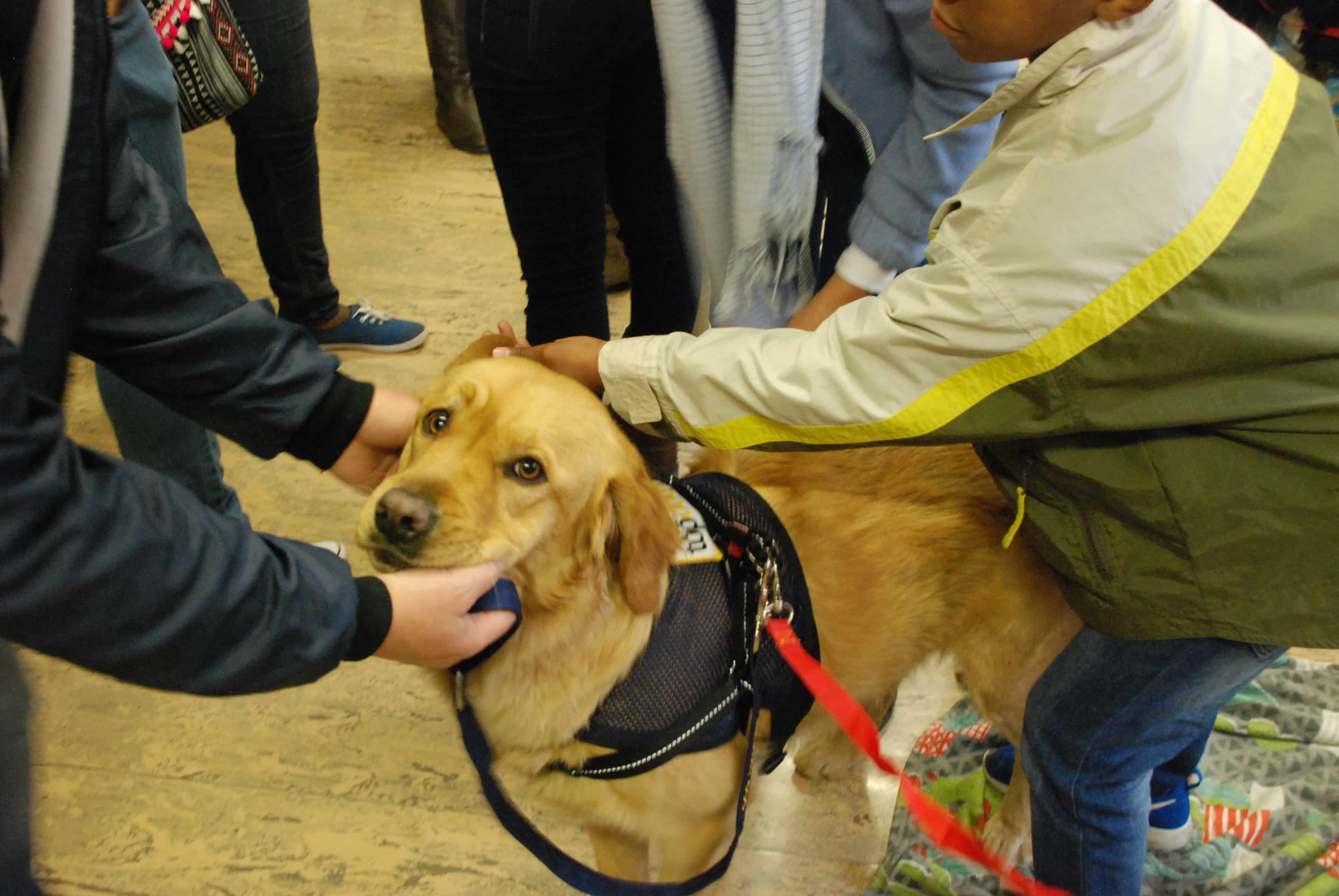 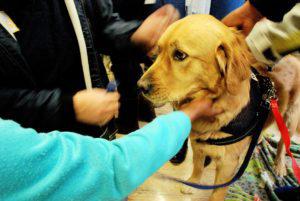 Dogs provide comfort and confidence to children who have been raped and abused as they prepare to face their abusers in court. PIC: Ufrieda Ho.

A round of applause breaks out in the room. The 20 or so people clap because they’ve just heard that, in recent weeks, Gauteng courts handed down two life sentences to men found guilty of rape.

Most of those in the room are parents of children who have been abused or raped. They’re attending monthly court preparation sessions at the Teddy Bear Clinic (TBC) in Braamfontein and they need every reason to cheer.

For many of the parents, it’s been months of anxiety, guilt and grief. They’ve hit brick walls with investigating officers and seem to be on a roundabout of court postponements. In 2016, there were 96 postponements of the clinic’s caseload that consisted of 1138 cases (new and existing cases) for the year.

The journey to trial is a grinding one that TBC staff say can go on from anything between two and six years, making the hope of successful prosecution the stuff of wishful thinking. It means parents and children need sustained support and counselling. Above all, they need help to put themselves and their children back together again.

Court preparation is one of the pillars of support that the Teddy Bear Clinic has offered to abused children and their families since 1997. Being able to get children to the point where they feel confident and comfortable enough to understand and trust complicated adult processes of justice is crucial for conviction. Last year TBC’s conviction rate included six life sentences, 18 imprisonments, three fines and six suspended sentences. Forty five cases were withdrawn and three suspects were acquitted.

It’s important that court preparation is more hit than miss. The clinic understands that children who’ve suffered profound trauma may respond in unexpected ways. It pushes the clinic to keep looking to reshape solutions and, at the end of last year, a new solution arrived. It came in the shape of bundles of fur on four legs with wagging tails. And the canine intervention is proving hugely successful.

[quote float = right]They don’t trust adults, but they trust the dogs because it wasn’t a dog that hurt them.”

Therapy dogs from volunteer organisation Top Dogs starting working with TBC about 18 months ago. The focus was on letting children relax and de-stress by interacting with the dogs after going through the serious, quite sombre business of becoming accustomed to a courtroom and becoming informed about the various role players in a courtroom as well as the typical procedures involved.

“Having the dogs there was a way for the children to relax after a stressful session and it was very successful because the children related to the dogs immediately. They don’t trust adults, but they trust the dogs because it wasn’t a dog that hurt them,” says Conor (CORR) Hughes of Top Dogs.

Over the months, Top Dogs volunteers and TBC director Dr Shaheda Omar were keen to extend the success of the therapy dogs into the court prep process. The Top Dog volunteers underwent their own training to deepen their grasp of the court process and to better understand the needs of the children. 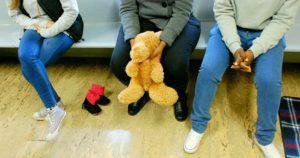 Together they came up with the idea to make the court prep sessions themselves less stressful by getting the dogs to take up roles as “actors” in the court process. The volunteer went as far a dressing up the dogs in police uniforms, in a magistrate’s collar and a prosecutor’s gown for the mock court sessions.

“The children were already used to role-play in the mock courtroom but the dogs are a novelty and it’s something unexpected, so they enjoy that,” says Hughes.

[quote float = right]There is method to this madness because when you stroke a dog or a furry animal you relax and serotonin is released in your body.”

At a Saturday morning session, the children file into TBC’s mock courtroom. There’s a clot at the entrance as the children jam up the doorway, stopping to greet the dogs. There are about a dozen children in the room and some parents too. For the children who are acting roles that morning, they take up positions at the mock judge’s bench, the witness box or as the stenographer, policeman and prosecutor. At their sides are their furry sidekicks, dressed like them.

Omar says: “Having the dogs there helps the children identify differently with a policeman, with a judge, a prosecutor. We’ve called this programme “Not All Dogs Bite” – it’s so children can learn to trust that not all adults are bad and for them to break the stereotypes they have.

“There is method to this madness because when you stroke a dog or a furry animal you relax and serotonin is released in your body.”

The dogs put up with it all, sitting quietly through proceedings. Afterwards they allow the children to pet them and cuddle them, even tolerating being dressed for court prep.

The dogs are any breed, size and age. They become therapy dogs if they are evaluated to be dogs with good temperaments that enjoy the company of humans and other dogs.

‘Fussing over the animals’

[quote float = right]We’ve called this programme ‘Not All Dogs Bite’ – it’s so children can learn to trust that not all adults are bad.”

But they’ll keep coming back because, she says, watching the children relax as children for a bit, fussing over the animals, makes it all worthwhile. She and her fellow volunteers recognise too that court preparation is also about teaching children life skills such as confidence, trust, communicating and working in a group.

“The children and the parents realise through this process that they are not alone,” says Omar.

At the Saturday sessions, they have access to lawyers, police officers, psychologist and social workers, she adds.

Top Dogs have agreed to work with TBC’s West Rand offices next to set up a similar canine court prep programme there. The collaboration between the two non-profits demonstrates the power of networking and finding resources and solutions in unlikely places. And TBC will take what help they can as the court prep programme costs R1, 7 million a year out of the R10.4million TBC running costs budget.

“When the child is composed and informed of the processes, they can give a more relaxed testimony,” says Omar.

She’s happy to point out success stories: in 2015, a 10-year-old boy’s rapist was given a life sentence for rape and for infecting him with HIV. Last year, an eight-year-old’s perpetrator received four life sentences plus eight years for four counts of rape and kidnapping. In another case, a five-year old girl was able to give confident, consistent evidence, which was enough to put her rapist in jail for life.

“Each of these numbers reflect not just a patient, but a family and a community whose lives have improved through the court preparation process,” says Omar. – Health-e News.