The South African Breweries together with Stop Hunger Now SA has launched a Beer for Africa eight pack in order to feed hungry students across the continent.

But while the campaign is aimed at feeding hungry students and apparently not to make a profit for SAB, other organisations have called the initiative “irresponsible” and are urging consumers to boycott it and sign a petition against it.

The beer pack consists of eight different beers from six countries in the continent and is already being sold at liquor outlets.

Saira Khan, Chief Executive Officer of Stop Hunger Now Southern Africa, said the aim of the campaign for the next year is to fund 1 million meals by 2018. To date, 200,000 meals have been funded by the launch of the campaign in just two months.

“We have research that indicates 40% of students are failing as a result of hunger and this is why the campaign by SAB is so important to us.” She said that a million meals will mean that just over 4545 students a year will have a hot nutritious meal a day.

This is because SAB is encouraging people to buy 8‐packs of beer along with the message that “the more beer you buy, the more money we give to hungry students.

But the Southern African Alcohol Policy Alliance (SAAPA) is strongly against the Beer for Africa 8 pack campaign as it believes that SAB is using poverty to promote beer sales.

According to SAAPA, while the SAB helping students is a welcome initiative, the way the money is being raised is a problem. This is because SAB is encouraging people to buy 8‐packs of beer along with the message that “the more beer you buy, the more money we give to hungry students”.

In their response to SAAPA, SAB claim they do not plan to make money from the campaign. But SAAPA says no corporate would embark on such a marketing campaign if they did not envisage gain.

SAAPA believes the marketing campaign is ultimately in the commercial interests of SA Breweries and should not be supported. They believe that marketing of beer packs in regions where binge drinking is an endemic problem is irresponsible.

SAAPA has therefore called on South Africans to sign a petition to stop SAB from promoting their ‘Beer for Africa 8‐pack’ campaign. The petition can be found at here.

The use of masks when travelling is compulsory, and Metrorail is still off the table — but the Transport Minister assures that these difficult decisions are made to ‘preserve human life’. By Kalayvani Nair. 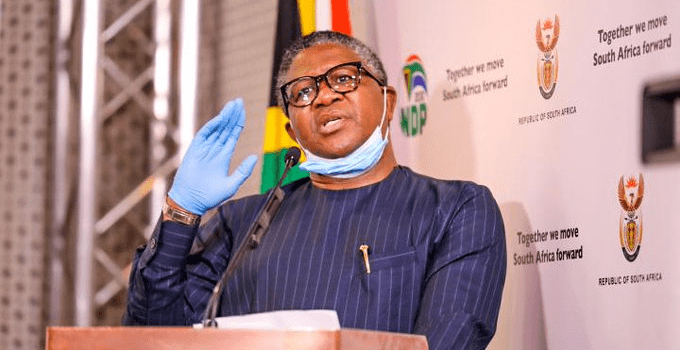 When she was 28, Isabell Gama from Emanyeveni in Mpumalanga thought that the tingling in her feet was due to idlozi; her ancestors were calling her to become a sangoma but she had not answered the call.

An ongoing strike at Monapo Hospital in Qwa Qwa in the Free State is not only set to continue, but other hospitals in the area are now threatening to join the action.