The medical doctor accused of raping a 17-year-old patient during a consultation last week recently has had his bail application delayed after a second rape charge was added to his docket.

Pupils from Mahlare High School in Mhlaba Cross demonstrated outside Nkowankowa Magistrate Court on Tuesday in support of their fellow learner who accused the doctor of raping her in his rooms last Monday afternoon.

The doctor, who cannot be named as he has not yet pleaded to the charge, appeared briefly in court on Tuesday and was informed that he would now be facing two counts of rape after the National Prosecuting Authority (NPA) added a second charge of rape relating to a 2012 incident in which it is alleged that the medical practitioner raped an 18-year-old patient at his surgery.

The doctor was arrested at his rooms and made his first appearance in court last week when he was remanded in custody. This Tuesday he appeared for the second time for the formal bail application.

The accused’s lawyers argued that they were not informed about the additional charge added by the NPA and that this had jeopardised their preparations.

I am very disappointed about what happened. He ruined her, he ruined her future.

The learners, who gathered early outside court in their school uniforms from early in the morning, waited outside the premises for the outcome of the bail application. Some were holding the placards proclaiming “Justice for all” and “No bail for the rapist”.

One learner said “We are here to support our friend who was raped. We are very angry about what happened to her. We are doing all what we can to support her”.

The teenager’s grandmother, who attended the court hearing, was extremely angry about the attack on her granddaughter. She said the young girl was coping and intended to sit her final exams soon.

“I am very disappointed about what happened. He ruined her, he ruined her future. She is doing well at the moment. We are giving her all the necessary support and I am confident that she will write the final year exams,” said the grandmother.

The doctor’s bail application was delayed to today (Wednesday 18 October) and is expected to go ahead.

An edited version of this story also appeared on IOL

The Treatment Action Campaign (TAC) turns 20 today – International Human Rights Day – and our history would be much poorer without them.

A woman needing an urgent lung transplant has been waiting for months as the Covid-19 pandemic disrupts critical surgery. 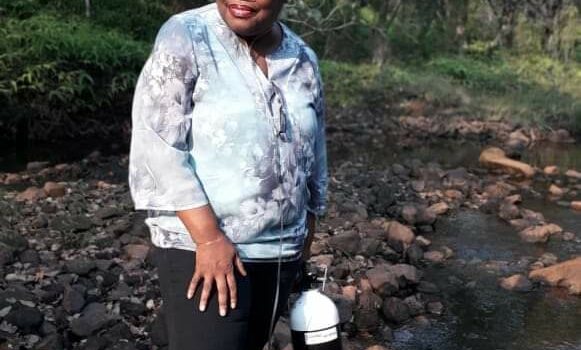 Many South Africans don’t earn enough to afford healthy foods and end up with ‘lifestyle’ diseases like diabetes. Noma-Afrika is a domestic worker whose story illustrates that inequality permeates our diets too.