Home » Komape family refused a pauper’s burial for their son 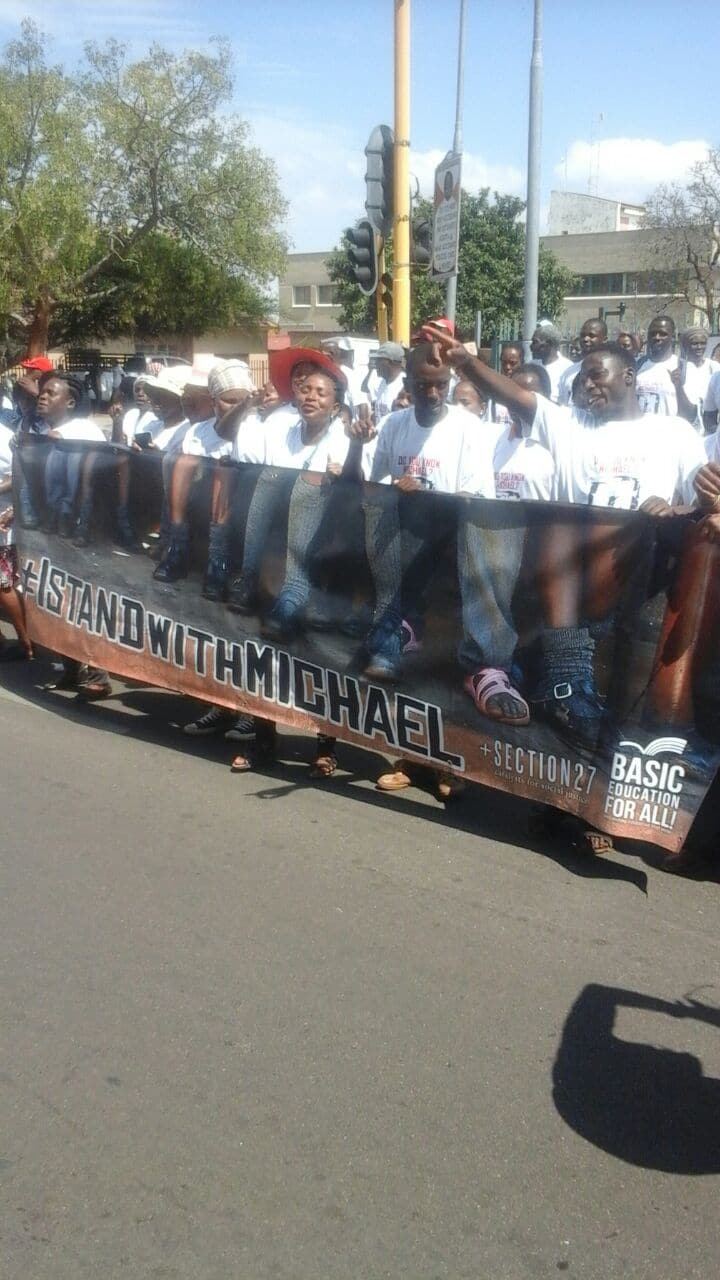 LIMPOPO – Two days after Michael Komape’s death in a school toilet, his family was offered a “pauper’s burial” by the Department of Social Development.

Komape family refused a pauper’s burial for their son

This was revealed in the Polokwane High Court yesterday by Reina Molapo, who works at the social development department as a supervisor.

However, last week Michael’s father, James, lambasted government officials for failing to offer to help to bury the five-year-old child who drowned after falling into a dilapidated pit toilet in Mahlodumela Primary School in Limpopo.

According to Molapo, the family refused the offer as a local funeral parlour had offered to help them with the burial.

But Advocate Vincent Maleka, appearing for the family, asked Molapo if she felt that a pauper’s burial was fitting for the Grade R boy who died in January 2014, a few weeks after starting his school career in Grade R.

Molapo responded that “a pauper’s burial is a standard burial and it does not mean that one will be buried like a bottle of water. It has got everything a decent burial has”.

However, according to Molapo: “It was not possible for us to conduct an intensive counselling on the first visit to the family but we requested to see Michael’s mother privately and we spent almost an hour talking and listening to her. She was not fine as she was emotional, that’s where we offered to take her to see a psychologist.”

Maleka questioned the credibility of Molapo testimony and asked whether she could provide documents to prove that she visited the family after the incident, but  Molapo said she did not have any documents.

Michael’s mother, Rosina Komape testified last week that no social worker from the department had visited the family to offer any form of support.

“I cannot remember all the dates on which we visited the family but during our aftercare visit, Rosina seemed to be progressing well with the support from the family,” said Molapo.

Maleka asked her whether she was telling the truth about visiting the family, and Molapo said that in her profession she could never lie.

“The family might have forgotten about our visits as they were still overwhelmed and many people were visiting them,” said Molapo.

The trial continues as is set to conclude on the 28th of November.