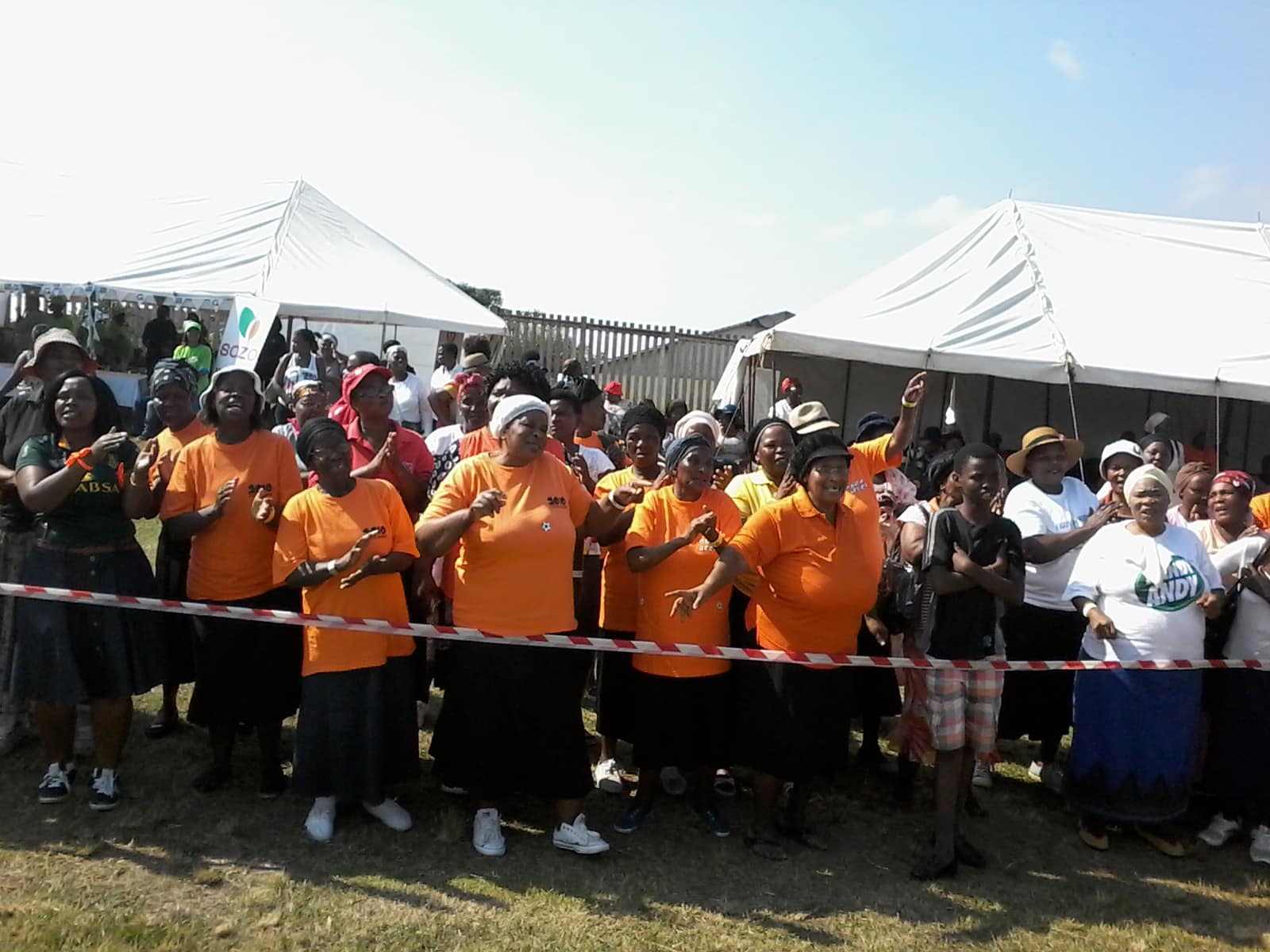 A group of grannies from Cosmo City, a township north of Johannesburg, have taken up boxing as a means to keep fit and strong – claiming they feel “powerful and light” after training.

They meet every Tuesday and Thursday at the local Multipurpose Centre in order to train, and on weekends they compete in tournaments with other grannies from Dobsonville in Soweto. The winners and the runners-up are awarded trophies and the medals.

“I wouldn’t call it a competition as such, but rather something that makes us happy and healthy. It’s just a load of fun,” said Maria Mokhine, a 77-year-old who joined the grannies’ boxing gym in 2014 when it was established.

“I haven’t looked back. I feel like I’m a child again.”

Mokhine is very grateful of the founder of the gym, Claude Maphosa, who first spotted the need for fitness training for grannies in the township.

Maphosa said when he arrived in Cosmo City several years ago, the development was very new and there weren’t many recreational amenities. He decided to open up a fitness club for the residents. Initially he offered all kinds of exercises, but the grannies have stuck faithfully to boxing.

“I remember there was one old lady who insisted on boxing more than anything else. When I asked her why, she told me that boxing was her childhood sport. She said she doesn’t want to feel vulnerable or let her power go. Ever since then all the other grannies followed her and they all now choose to do boxing. That’s why today we have this boxing gym,” he said.

He decided to open up a fitness club for the residents. Initially he offered all kinds of exercises, but the grannies have stuck faithfully to boxing.

Due to the popularity of the gym, members are increasing and Maphosa is now looking to expand to other areas such as Ivory Park and Alexandra as he firmly believes that an active lifestyle is the most cost-effective way of staying healthy, especially for the senior citizens.

Boitumelo Mootane trains the grannies and said he wouldn’t trade the experience for anything in the world. “It is not an easy thing, but once you have succeeded, nothing will come your way. For me working with gogos is a gift. It is like a blessing. It gives me joy to see that I’m contributing to their health,” he said.