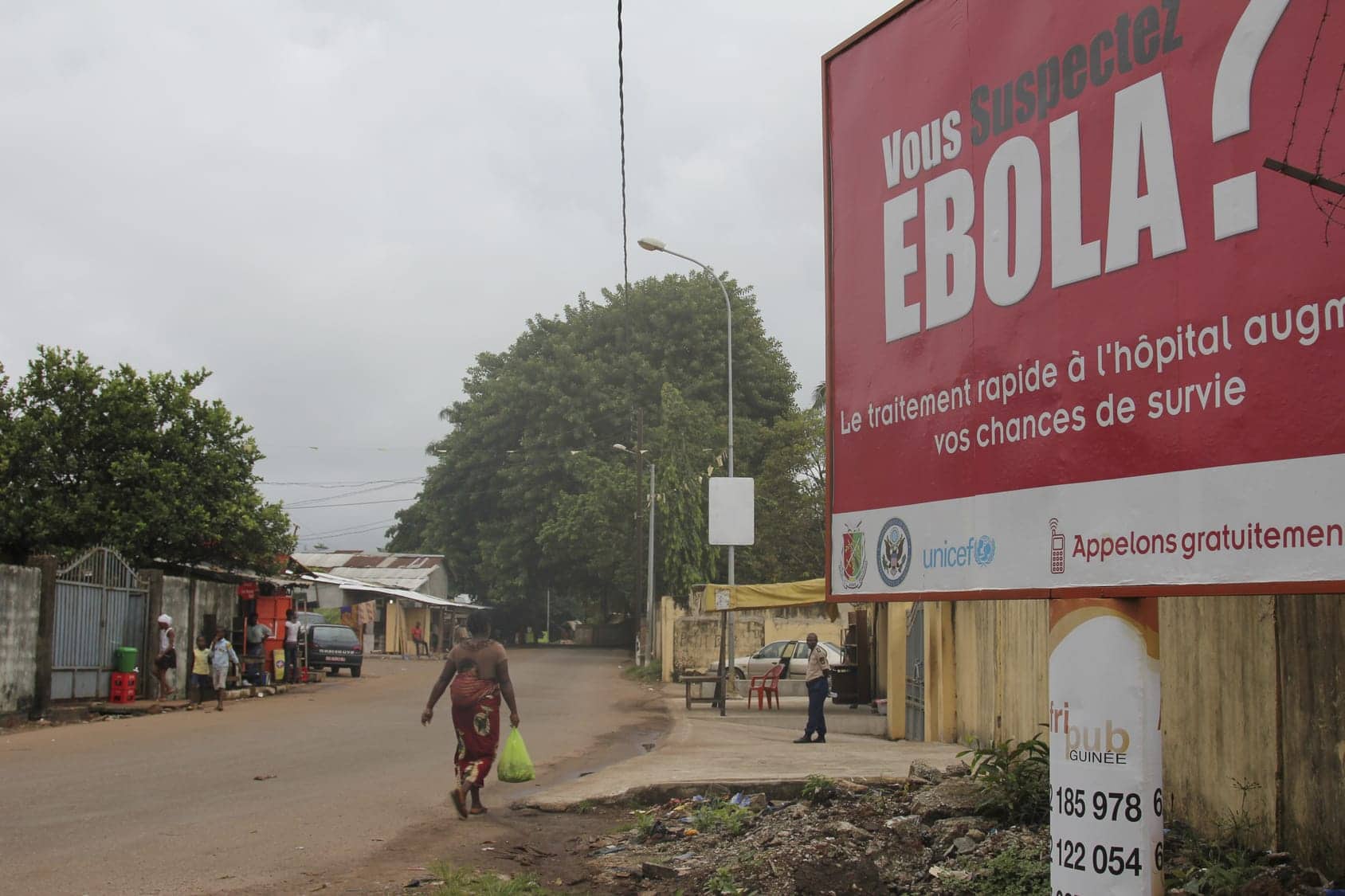 On the fourth anniversary of the Ebola epidemic, survivors in Guinea are still trying to rebuild their lives.

Stigma was one of the major barriers to controlling the Ebola epidemic in West Africa four years ago, not only by preventing people with symptoms from seeking medical treatment but also by isolating those who survived.

[quote float = right]“I struggled to integrate myself back into social life because people kept their distance. And it not only affects the people with Ebola, but their family as well. Once a person is infected the whole family is discriminated against.”

Dr. Mamadou Oury Diallo, an Ebola survivor and Guinean physician, was shunned after being infected with the virus while treating a patient in Ignace Deen National Hospital in March 2015.

“The community met us [survivors] with stigmatization and discrimination,” said Diallo. “We could not be prepared because the communication to the public was not efficient and because we had never experienced this before.”

Almost 80 percent of Ebola survivors reported disability – primarily problems with mobility, vision, fatigue, pain and concentration – according to a study by the Liverpool School of Tropical Medicine published in Clinical Infectious Diseases in January.

But there have also been social consequences for survivors: “Even after I was healthy and not infectious, my colleagues avoided me,” remembers Diallo.

“I struggled to integrate myself back into social life because people kept their distance. And it not only affects the people with Ebola, but their family as well. Once a person is infected the whole family is discriminated against.”

On May 1, 2018, within months of the fourth anniversary of the epidemic concentrated in Liberia, Guinea and Sierra Leone, a new Ebola outbreak was declared in the Democratic Republic of the Congo.

Diallo hopes that other countries affected by Ebola can learn from the Guinean experience to prevent a resurgence of the disease in the continent. He says that only continued education and conversation will improve the levels of stigma experienced by Ebola survivors.

“As part of our work, we go to very remote places in Guinea to inform people so that no one is left behind without knowledge,” said Diallo.

Diallo notes that, although stigma still exists, it has declined significantly as “people are much more aware and know what to do now.”

The Guinean government and international organizations have trained local health workers to respond better to Ebola in the future, according to Diallo. They have implemented better infection control measures despite the challenges in the country’s weak health system.

While the country still has a long way to go to improve its health system, Diallo remains “optimistic” that Guinea is better prepared to cope with Ebola.

In December 2016, Guinea and the world celebrated the results of a vaccine trial conducted in the country. The vaccine – called rVSV-ZEBOV – was given to 11,000 Guinean participants who had been in contact with people infected with Ebola, and none contracted the virus.

Margaret Chan, then head of the World Health Organisation, said that this “truly remarkable achievement” finally meant that “health and medical professionals will have something to offer those who have been exposed to the virus, either in households or health care facilities, which goes beyond isolation and quarantine.”

In May 2018, Guinean health workers were sent to the DRC to assist to administer the experimental vaccine in areas affected by the virus.