Two thirds of all patients taking one of the newest and most revolutionary anti-tuberculosis (TB) drugs, bedaquiline, in the world are in South Africa. 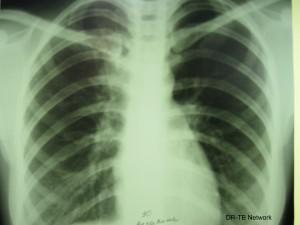 Scaling up bedaquiline access for patients with drug-resistant TB (DR-TB) has “saved lives”, according to Dr Norbert Njeka, head of DR-TB at the Department of Health.

Speaking to Health-e News from the Union World Conference on Lung Health, that took place in Mexico last week, he said that about 7000 out of the annual approximate 11 000 DR-TB cases started on treatment in the country are now treated with bedaquiline. This had resulted in a “huge” drop in death rates – by about 50 to 60 percent. The country has about 20 000 DR-TB cases per year, according to the department’s latest statistics, but many patients are still undiagnosed.

But according to the local branch of Doctors Without Borders (MSF), access to another new anti-TB drug, delamanid, “has not progressed as rapidly as many in South Africa had hoped”.

This is according to Julia Hill, MSF’s deputy head of mission in South Africa. She said that the health department had taken a “progressive step” by establishing a Delamanid Clinical Access Programme (DCAP) with the Japanese pharmaceutical manufacturer of the drug, Otsuka.

Although started in March this year, with a donation of 400 treatment courses from the company, to date only 10 patients have received the drug through the programme.

Bedaquiline and delamanid are the first two new anti-TB drugs developed in over 50 years and have the potential to save many lives and prevent side-effects associated with existing DR-TB treatment, most notably deafness.

According to MSF, which was campaigning at the conference for broader global access to these two new drugs, as of July 2017 only 10 164 people world-wide have received bedaquiline and only 688 have received delamanid.

Njeka said that the reason so few South Africans have received delamanid is because prescribing doctors are experiencing regulatory barriers related to insurance. These additional insurance requirements were waived by bedaquiline’s manufacturer, Jansen, he said.

“Most doctors working in the public sector, especially in sites in provinces like Limpopo and Mpumalanga, don’t have this kind of insurance so we are experiencing this as a real headache,” he said.

Most doctors working in the public sector, especially in sites in provinces like Limpopo and Mpumalanga, don’t have this kind of insurance so we are experiencing this as a real headache.

Five of the 10 patients receiving delamanid in South Africa are enrolled in MSF’s Khayelitsha site, according to Hill.

“The additional insurance requirements for the DCAP may have delayed or discouraged the establishment of some DCAP sites,” she said.

According to Hill, “while we hope to see the DCAP expanded to additional locations in the near future, it is also important to focus on enrolling more patients eligible for the DCAP at existing sites” because delamanid “provides a much-needed additional DR-TB treatment option for adolescents, people with extensively drug-resistant TB, and those living with other diseases like diabetes and HIV”.