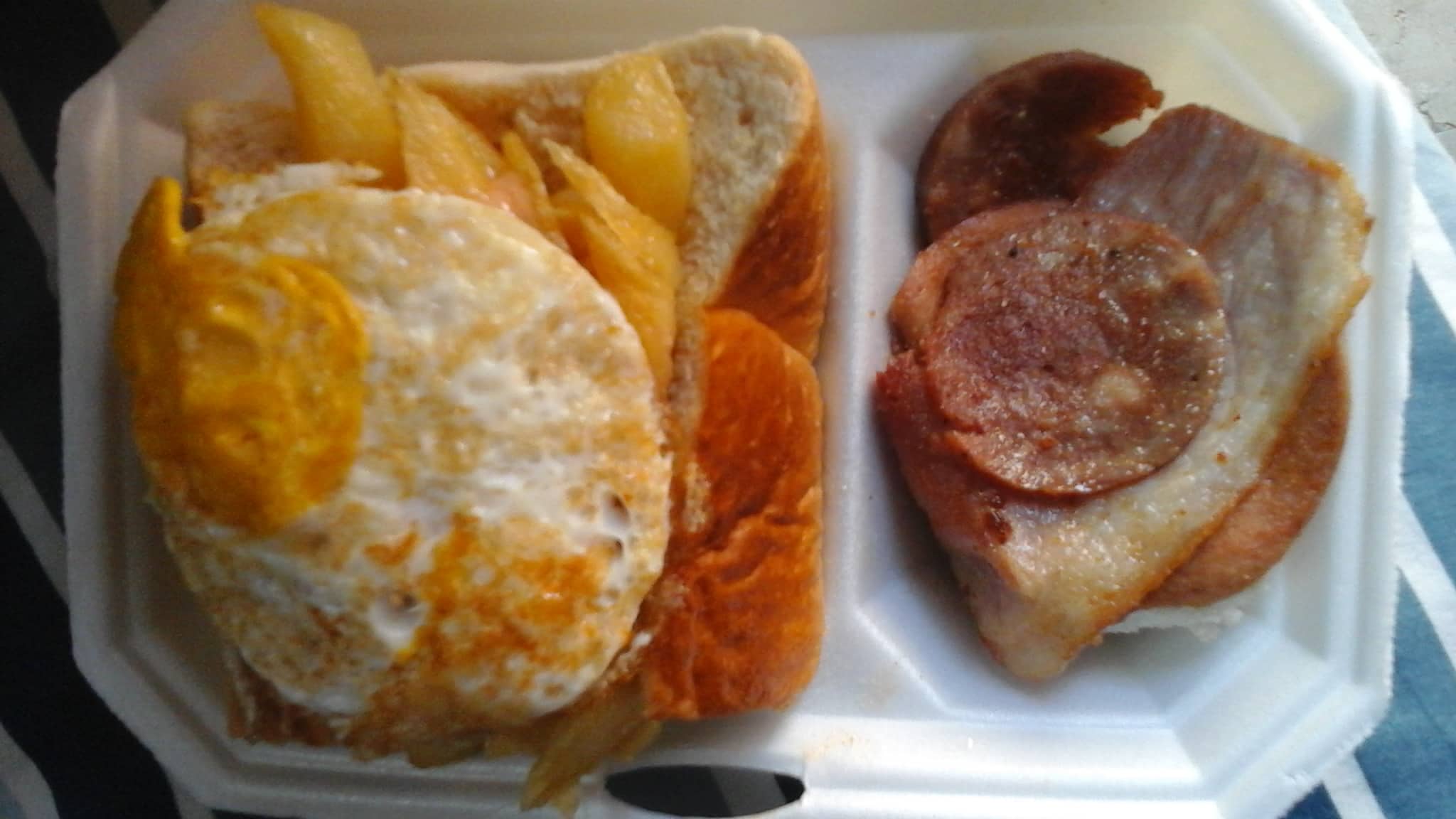 A new fast food is on the rise in South Africa’s townships – spatlho, commonly known as bunny chow. You can find a spatlho outlet on almost every corner in Ikageng, a township in the North West province.

The lucrative spatlho business has opened a gate for many township entrepreneurs but has also meant more unhealthy food for people.

Spatlho is an affordable and convenient meal – a quarter of a loaf of bread is hollowed out and then packed with slap chips (deep-fried potato chips) and other fillings like cheese, egg, russians and achar. However, nutritionist Kobus de Wet says the booming spatlho business is not good news because it’s seen township residents move away from traditional cooking, which is much better than the unhealthy takeaways.

De Wet described spatlhos as ‘extremely unhealthy’ and said they could lead to weight gain and other health problems.

Lucky Masego, the owner of Lucky’s Fast Food, one of Ikageng’s best known spatlho outlets, said on average he uses 40 10kg bags of potatoes and 80 litres of cooking oil a week. Masego said he had to employ two extra people last year because the spatlho demand was increasing, and now makes double compared to what he was making three years ago.

“Right now business is booming, you see people opening spatlho places every six to eight months. Five years ago I was the only one operating in this area, now there are four of us. And we are all making money,” he said.

According to Lucky, some of his clients buy from him daily, sometimes more.

Taxi driver Ditaba Mokgosi said he eats spatlho twice a day, and that he’s aware of the detrimental impact on his health but said it’s a habit he just can’t break.

“I normally eat a spatlho for lunch and then in the evening when I head home I buy another one.  I’m aware of what it has done to my weight, but taxi drivers don’t have enough time to go exercise, and I can’t be eating apples during the day.”