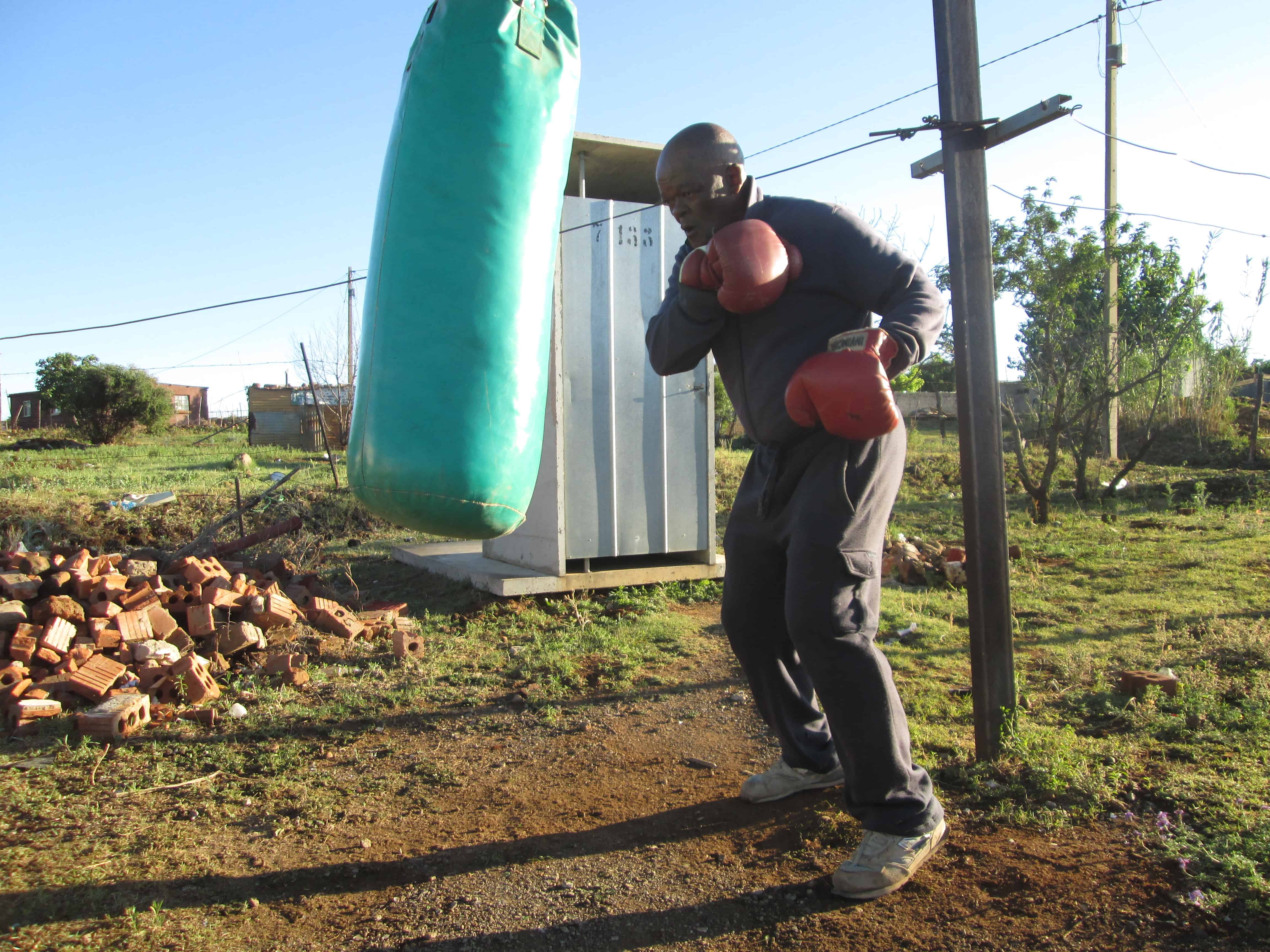 HappyBoy, who is an unsung legend in the sport of boxing, wakes early every morning and the sunrise finds him smacking punches into the bag he has kept since his boxing days.

“I love keeping fit because it helps to prevent chronic illnesses that come with age. I will exercise until death,” says HappyBoy.

When he is not throwing punches he jogs in the mornings and afternoon and boasts about not taking any chronic medication at his age.

“I don’t take treatment for high blood or sugar diabetes. I’m one hundred percent (healthy),” he said, adding that he competes in the local 15km fun run annually.

He recalls some of the memorable fights he had in his boxing career. He fought Meshack Maphalala in Durban in 1989, but he lost in the first round. The fight received coverage by international boxing magazine World Boxing Journal which reported the fight to have been of great interest to the boxing fans across the continent.

HappyBoy says his second biggest fight was cancelled due to political unrest which erupted in 1974 in Bloemfontein.

“On the day of the fight we found the hall in Bochabela location burnt down and vandalised,” explains HappyBoy.

However, the old man is saddened because boxing appears to have lost its following locally. He said it has become an urban sport and is no longer popular in townships like Thaba Nchu. He believes the sport needs to be revived in townships. Rapulana lives with his son in an RDP house in Mokwena location in Thaba Nchu.