Home » Gogos get fit for a purpose 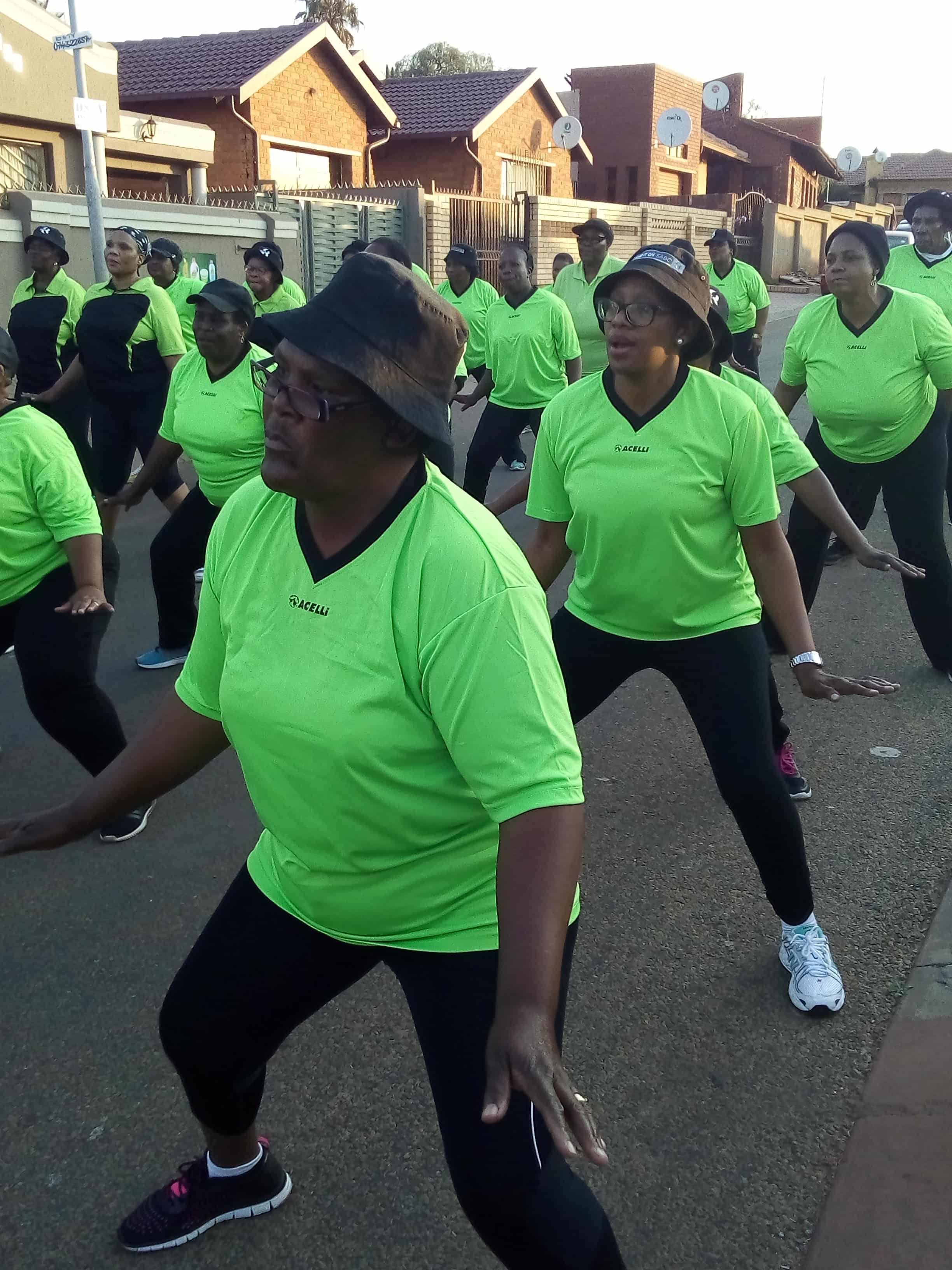 Gogos from Tembisa have taken charge of their health by joining a fitness club. The Bophelong Fitness Club provides free fitness training sessions for women who want to keep healthy during their golden years.

After being on high blood pressure medication for more than 20 years and suffering from arthritis, 62-year-old Catharine Mathebe was tired of being a burden to her family so she founded the Bophelong Fitness Club.

In August 2016 doctors told her that the only option for her to live a normal life was having an operation. “My arthritis was so bad that my entire body would get swollen and my joints always ached. I could not even stand up without needing support,” says Mathebe. 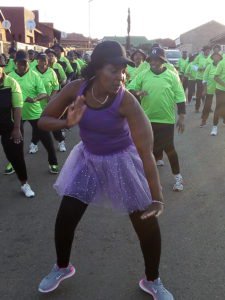 Gogos in Tembisa fight off their ailments through exercise. (Photo Credit: Marcia Moyana)

She decided to exercise. She listened to music in her bedroom while using a broom for support when she exercised. Mathebe went from weighing 150kg to 70kg and can now perform daily tasks easily.

“I want other women to know that exercise works and they do not have to rely on painkillers to live a normal life. Getting healthy is not about having money but putting in the work to keep healthy,” she says. Her blood pressure is also under control.

Phindile Shabangu had suffered from two strokes which left her paralysed on the right side of her body. The 57-year-old woman walked with a limp and, until she joined Bophelong, couldn’t do anything for herself.

“I was paralysed when my children brought me to the club. My blood pressure was out of control but that changed through exercising,” she says.

Grace Moya, (64) is also happy with the changes that have happened to her since she started exercising. Moya, a diabetic, also suffers from high blood pressure.

“I was unable to stand or walk without support and was frustrated with having to depend on others to perform normal house duties like cleaning or cooking. I now exercise and follow a healthy diet which has changed my quality of life drastically,” she says. 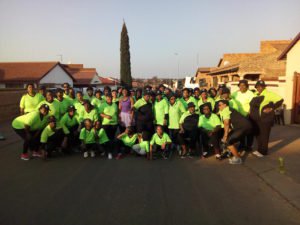 Moya advises other women to go for regular check-ups and to follow a healthy diet. Caroline Phungwayo (73) is happy that she no longer has to use a walking stick. She suffered from sore joints following a car accident and also had arthritis and high blood pressure before she joined Bophelong Fitness Club in 2017.

“I can now sleep at night since I no longer have cramps and aches. Being old does not mean we cannot exercise so I encourage other pensioners to exercise,” she says.

The women at the fitness club are unemployed and some are pensioners. They need financial assistance to ensure that they can travel to other townships and provinces, spreading the message of the importance of healthy lifestyles.

Mathebe’s aim is to reach other elderly women, which is difficult to do because she doesn’t charge for sessions.

“It would be an honour for us to be able to go around showing others what we can do without having to worry about finances,” says Mathebe. — Health-e News