Home » Elections Cheat Sheet: Your guide to a feminist vote 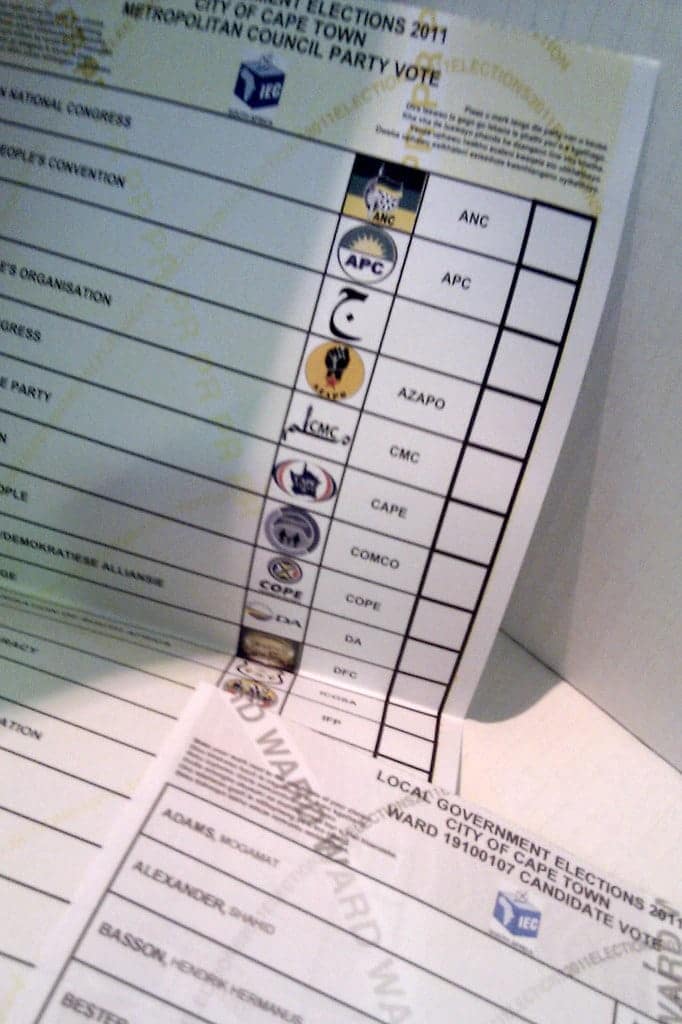 Many South African women and queer people may find themselves in a conundrum about which political party to give your “X” to on May 8. Here’s a quick cheat sheet to help you make a pro-women, pro-queer choice.

Women make up most of those registered to vote in the elections, according to the Independent Electoral Commission. This should mean gender issues are front and centre of the political parties’ campaigning, but this hasn’t been the case because young women feel excluded from these parties’ agendas. That’s why Health-e — in partnership with the #Yvote4U campaign —developed this cheat sheet.

“Women will still be in that corner waiting another five years to vote again because we’re being used as tools,” said Esther Meletse of the feminist collective Shayisfuba, which is campaigning for a feminist socio-economic and political agenda in South Africa. “I’m asking myself how many new cars will I see after the elections are over because people are going to buy their fancy cars after being elected into office, but the unemployment and inequality will still rise.”

If you find yourself as disheartened as Meletse, here are some crib notes you can take to the voting booth.

Although the South African Law Commission states that sex work “should not be recognised as a reasonable means to secure a person’s living in South Africa” and “should not be considered to be work or decent work”, activists and health experts have been advocating for the decriminalising of sex work for decades now.

There are between 132,000 and 182,000 sex workers in South Africa, with almost a quarter of them in Gauteng alone, a 2013 study found. As it stands sex work is criminalised in South Africa, which means the buying and selling of sex is considered a criminal offence.

But it’s sex workers who bear the brunt of criminalisation. Stigmatising and discriminating against sex workers decreases their access to healthcare, another  2013 study published in the journal Culture, Health & Sexuality found. And they’re more likely to face abuse from their clients and even the police. According to a 2018 report by Sonke Gender Justice and Sex Workers Education and Advocacy Taskforce (SWEAT), a third of almost 60 sex workers who were surveyed said they have been raped or sexually assaulted by police.

Sexual and reproductive justice for the win

But access to abortion remains a problem even in a country with liberal abortion laws such as ours. The expansion of the US anti-abortion policy, the Gag Rule, has forced organisations across the globe — including in South Africa — funded by the US government to stop promoting or performing abortions. Health workers say they are unable to provide any kind of information on abortion to their patients.

Meanwhile, women in Mpumalanga are also complaining about the shortage of contraceptives in their province. This exponentially increases the chances of unplanned pregnancies. This, coupled with the inadequate access to abortion services, could be a recipe for disaster, including illegal and dangerous abortion practises such as boiling dirty five cent coins and drinking the water or drinking fabric softener.

Ask yourself, does the political party you want to vote for have a budget and implementation plan for family planning and abortion, including how to avoid stockouts and interruptions in services?

It’s not a feminist vote if it’s not about dismantling patriarchy, homophobia and every kind of prejudice against people who identify within the LGBTQIA+ community.

The Prevention and Combating of Hate Crimes and Hate Speech Bill is yet to be signed into law. While many have focused on the bill’s call for the criminalisation of racism and it also calls for criminal offences for those who discriminate against people based on their gender and sexual orientation.

The prejudice against queer people can be life-threatening and have irreversible consequences. For instance, intersex people — those who are born with a reproductive and sexual anatomy that doesn’t seem to fit the typical definitions of female or male — are often operated on by doctors without their consent. This is referred to as Intersex Genital Mutilation.

Marginalised groups such as men who have sex with men and transgender people have some of the highest rates of HIV infection. Health workers’ hatred and bias against queer people make it difficult for them to access healthcare services, this kind of discrimination increases their risk of becoming infected. “Most transgender people I know avoid clinics and hospitals. I would rather not have to answer a hundred intimate questions that don’t even relate to the reason I came to the clinic in the first place,” said Tebogo Nkoana, a transgender rights activist.

South Africa should have a national strategic plan to tackle gender-based violence and femicide before the elections, as promised at the Presidential Summit against Gender-Based Violence and Femicide in November. But instead, there’s yet another delay after years of activists and researchers demanding one be put in place.

While preventing gender-based violence is the ultimate goal, ensuring health facilities, police stations and courts are adequately equipped to deal with survivors also takes priority so that survivors don’t experience secondary victimisation. Women who have been sexually assaulted often experience secondary trauma when asked to recount what happened at the police station, to a health worker examining them who may lack empathy and also when giving evidence at the court proceedings — if it even gets to that.

Most importantly, all political parties should be able to hold their own leaders and members accountable for any kind of gender-based violence they have committed, including sexual harassment. After all, how can we trust politicians to properly deal with the country’s gender-based violence if they’re silent and complacent in their own ranks? – Health-e News