Home » Where there’s smoke, there are health risks 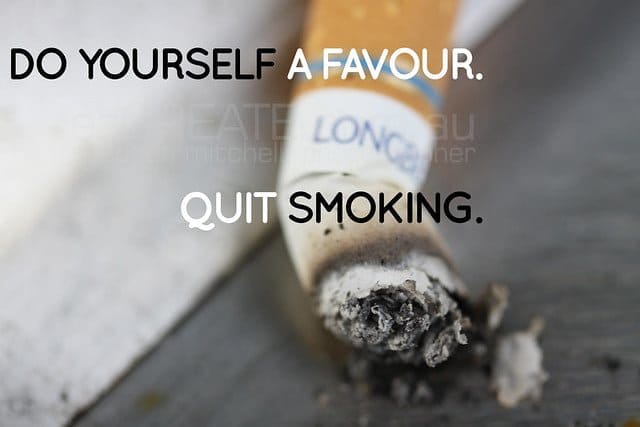 The focus of World No Tobacco Day 2019 is on "tobacco and lung health."Photo Credit: Stephen Mitchell/Flickr.

Where there’s smoke, there are health risks

The World Health Organisation says this year’s campaign aims to increase awareness on the negative impact that tobacco has on people’s lung health, from cancer to chronic respiratory diseases and serves as a call to action, advocating for effective policies to reduce tobacco consumption.

Tobacco use is associated with many health issues, including increasing users’ risk of cancer, heart and lung diseases, and strokes. Research shows that tobacco is responsible for the death of millions of people around the world each year. This year World No Tobacco Day draws attention to the negative impact that tobacco has on people’s lung health, from cancer to chronic respiratory disease. Health-e asked smokers around Pondoland in the Eastern Cape why they light up and whether they are aware of the risks.

Nkosinathi Mfino started smoking when he was 15 – that was 17 years ago. “I was just having fun with my friends and thought it was a matter of time when I will stop but the craving never went away and I smoke about four cigarettes a day,” he said. Mfino is trying to quit smoking but says when he doesn’t have a cigarette a day he becomes sick.

According to the National Council Against Smoking (NCAS), it is the nicotine that gives smokers the feeling of pleasure or ‘high’ when they smoke. This is what they get used to or addicted to and as time goes on, they need more of the drug to get the same feeling of pleasure, which is why they start smoking more cigarettes. NCAS Executive Director, Savera Kalideen, told Health-e News that when people like Mfino try to stop smoking, they often experience anxiety and stress because their brain has become used to the feeling that nicotine gives them.

“The withdrawal symptoms of a headache, irritability, stress etc. are an indication that they are addicted to the nicotine. If they stay away from cigarettes, they will find that those symptoms disappear after 10 days or so. It might be difficult at first, but once they make up their minds to stop smoking, and substitute the craving to smoke with a glass of water, piece of fruit, walk around the block or another healthy behaviour, they will find that they can stop smoking.”

Mama Gumata, 25, said when his parents died two years ago he sought comfort in tobacco and alcohol. Despite knowing that the habit can be fatal, Gumata says he hasn’t thought of quitting. “I think [I’ll smoke] for the rest of my life,” he added.

Like Gumata, 29-year old Esethu Fezeka started smoking 2 years ago. Fezeka smokes when she’s drunk because she thinks it’s fashionable. Apart from having serious health side effects, Kaleedine says youth are using money that could help them in other areas of their lives to finance the deadly addiction.

“Someone who smokes 5 cigarettes a day is probably spending R10-R15 a day on cigarettes which adds up to R300 or more a month which is more than R3600-00 for the year. This can be used for transport, fees for a short course or food or clothes instead. The cost of cigarettes is not just the price of the cigarette today, but the cost of ill – health and lost the opportunity to work in the future as a result of this ill-health. Even though it is hard for young people to think far in the future, when it comes to smoking, it is a reality that people who smoke are more likely to develop a serious illness and even die from it,” she said.

Kaleedine added that since the Tobacco Control legislation was introduced over 20 years ago, the prevalence of smokers has dropped from 38% to 21%.

“This shows the impact of legislation and the increases in the taxes on tobacco products, which increased the price. The draft tobacco bill which was released for public comment last year proposes that all indoor public places be made 100 smoke-free and that e-cigarettes be regulated in the same way that cigarettes are regulated. It also proposes that the plain packaging of cigarettes be reduced. This will also reduce the number of smokers so we welcome this Draft and urge the government to speedily process it into law”. – Health-e News