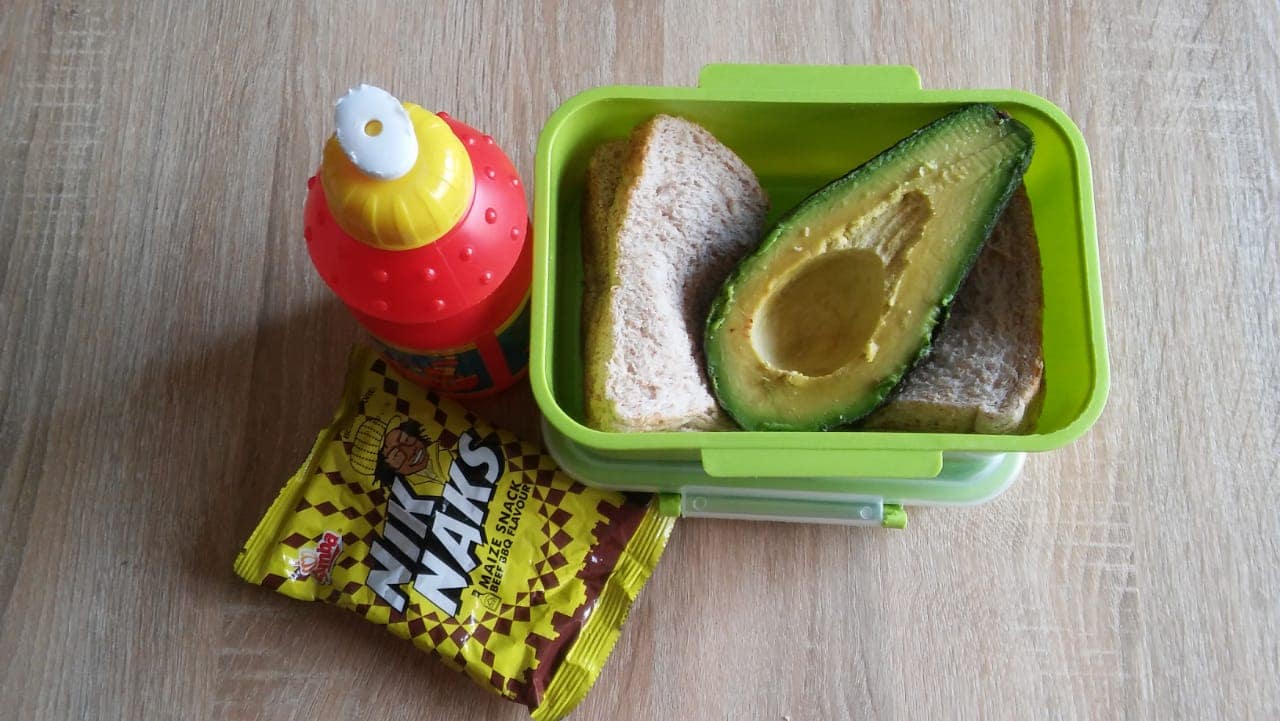 Back to school means back to making daily lunches for your kids. But is it easy for parents to keep it healthy?

Some parents in Mpumalanga say they’re aware of the importance of feeding their children healthy meals, but they can’t control what the kids are exposed to at school because the tuck shops and vendors mostly sell unhealthy processed food high in sugar, salt and fat.

Health-e News asked the parents of school-going children to find out what they put into their lunchboxes.

They revealed that lunchboxes depend on what the family had for supper, as well as the groceries that are available at home – which might not always be healthy.

Father of three, Enock Khoza, 41, Ermelo: “It’s a challenge to pack lunchboxes for my children because there are certain foods they can’t eat – one of them has a skin condition, eczema, which means there are foods that she shouldn’t eat or else the condition will get worse. My 11-year-old daughter, for example, currently weighs about 70kg. Her dietician advised that we feed her nutritious meals to prevent her from getting [non-communicable diseases like] high blood pressure, stroke and cholesterol. 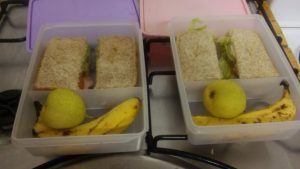 On Mondays, Wednesdays and Fridays, we make sandwiches that have lettuce, cucumber, tomato and ham and margarine. Then, on Tuesdays and Thursdays, we pack peanut butter and jam sandwiches. We also make sure that their lunchboxes have at least three different fruits, one snack and water.”

Mother of two, Nomcebo Sibisi, 35, KaNyamazane: “I’m unemployed, so we depend on the social grant to buy groceries. I feed my kids whatever I can afford because I don’t want them to go to school on an empty stomach. My kids’ lunch always contains bread, potato chips and polony. To drink, I give them cordial juice.”

Mother of two, Nompumelelo Simelane, 34, Mbombela: “My 10-year-old daughter was born with high blood pressure. I have to make sure that she eats healthy food and takes her medication – her condition is a ticking bomb so I can’t take any chances. Even though I make sure she eats well, I can’t control what she eats when she’s at school because I don’t know what’s sold there. Once, I was called to come fetch her because she couldn’t breathe because of something that she ate.”

Mother of one, Khanyisile Ntuli, 29, Wesselton: “The great thing about schools in townships is that the kids don’t laugh each other based on what they bring for lunch, because most of them come from poor homes. It doesn’t matter if you give them pap and cabbage, or rice and beans – they all understand each other. Sometimes I don’t pack anything because I know they will be fed at school through the feeding scheme.”

Mother of four, Fikile Msimango, age 37, Msogwaba: “I’m so glad it’s avocado season – I don’t have to stress about my kids’ lunchboxes because I can pack bread, avocado and juice. I actually don’t know or understand what kind of foods are healthy because even if I knew, I wouldn’t be able to afford it because healthy food doesn’t come cheap.”

The Healthy Living Alliance (HEALA) attributes the lack of knowledge about what is and isn’t healthy, amongst children and parents, to the over-accessibility of unhealthy food in and around schools. Poverty is another barrier – parents are faced with the challenge of providing food for their children, regardless of whether it’s healthy or not.

And its children who bear the brunt of this.

An audit conducted by HEALA into the food sold at about 60 Gauteng schools last year revealed that a kota was the most consumed food item children ate, followed by fat cakes. Fried chips and sugary drinks also topped the list.

But, it’s small changes that will make big difference.

It’s the simple things that make a difference, explains Lamula. “Instead of packing juice, parents can pack water. Polony or fried processed meat can be substituted with a protein from last night’s dinner, and white bread can be swapped for whole-wheat bread,” she says, adding that instead of unhealthy snacks such as chips and sweets, parents should opt for fruits. – Health-e News