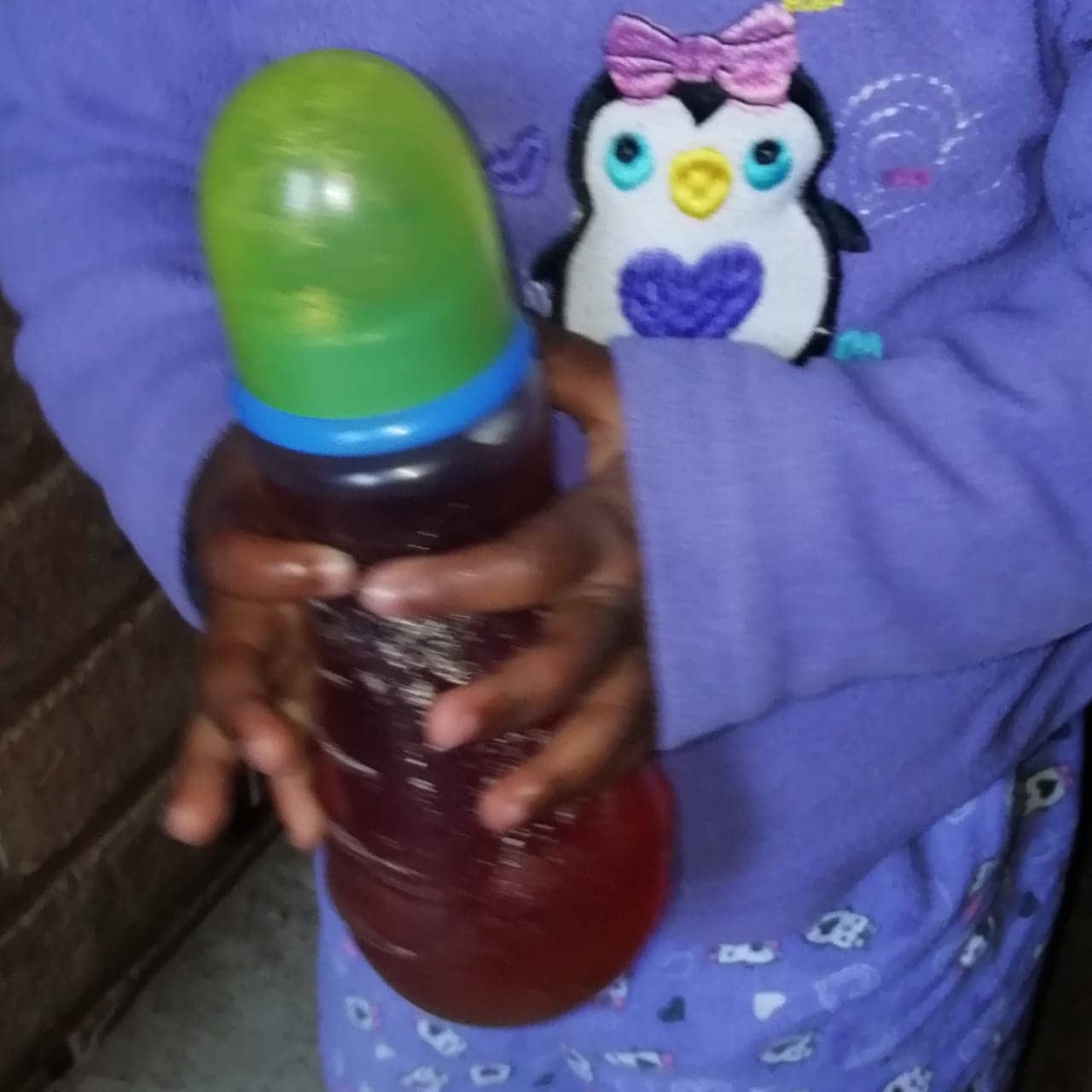 Rooibos is often given to children instead of breast milk or formula which is unaffordable. Photo: Marcia Zali / Health-e

While South Africa’s most popular tea is rich in antioxidants, it’s not suitable for babies. But struggling mothers often replace breast milk or formula for rooibos and water.

The problem, Mdluli says, is an inadequate diet, which doesn’t support accelerated growth in children under the age of five years old. This involves taking children off breastmilk too early and replacing it with overly diluted milk formulas, rooibos tea, and water.

South Africa’s latest Demographics and Health Survey, which examined about 15 000 households across the country, found more than a quarter of children under the age of five were stunted. In other words, their development and growth were impaired mostly because of poor nutrition. The survey also found children from poorer families are more likely to be stunted than those from wealthier families.

Mdluli says rooibos tea is one of the causes of malnutrition seen at the hospital. “Rooibos is given instead of nutritious milk feeds, [which supports the] rapid growth in the first few years of life, especially under three years old.”

“Guidelines state that mothers should exclusively breastfeed their babies for the first six months [and thereafter] they can gradually introduce other foods as the child grows.

What we are seeing is that mothers will introduce water and tea in large quantities. These liquids are non-nutritive and lack protein, carbohydrates or fat – nutrients that are vital to a baby’s growth,” Nkwana explains.

She adds that when parents stop feeding their babies breastmilk or formula in their first 1000 days, it negatively impacts their growth.

“Milk contains calcium, which is important for strong bones. [When] affected by a lack of calcium in their diet, stunting occurs, where a child doesn’t grow at a normal rate and never reaches their optimal height,” Nkwana says.

Stunted children are also more likely to become obese as adults because their bodies burn less fat as a way of surviving malnutrition, a 2016 study published in the South African Medical Journal found.

Ntsako Hlengani (28) says she introduced rooibos tea to her daughter when she stopped breastfeeding her at 18 months.

“I bought rooibos for kids because I thought it was suitable for children. I would give my daughter 250ml of tea at least twice a day. She seemed to be enjoying it. I didn’t know that replacing milk with tea might affect her growth.”

The tea for children comes with a warning that it should not be given as a replacement for milk. Yet, mothers seem to be unaware of this. Nkwana says this could be caused by some mother’s socioeconomic conditions because they depend on social grants.

“They start formula feeding and realise that the price is too high. This causes them to over-dilute the formula, and introduce tea and water to supplement the milk,” Nkwana adds.

According to Mdluli, malnutrition is one of the problems that were targeted in the Millennium Development Goals by the World Health Organisation (WHO). Part of the proposed solution was to educate women on feeding practices and the types of foods that are rich in proteins, energy and micronutrients for their babies.

Nkwana says sticking to the WHO guidelines should help to lower levels of malnutrition.

She adds that meat and eggs, which are high in protein, should be fed to children in order to improve their weight. Home-cooked meals such as soft porridge and vegetables and fruit that can be boiled, mashed or pureed are also recommended for babies. – Health-e News