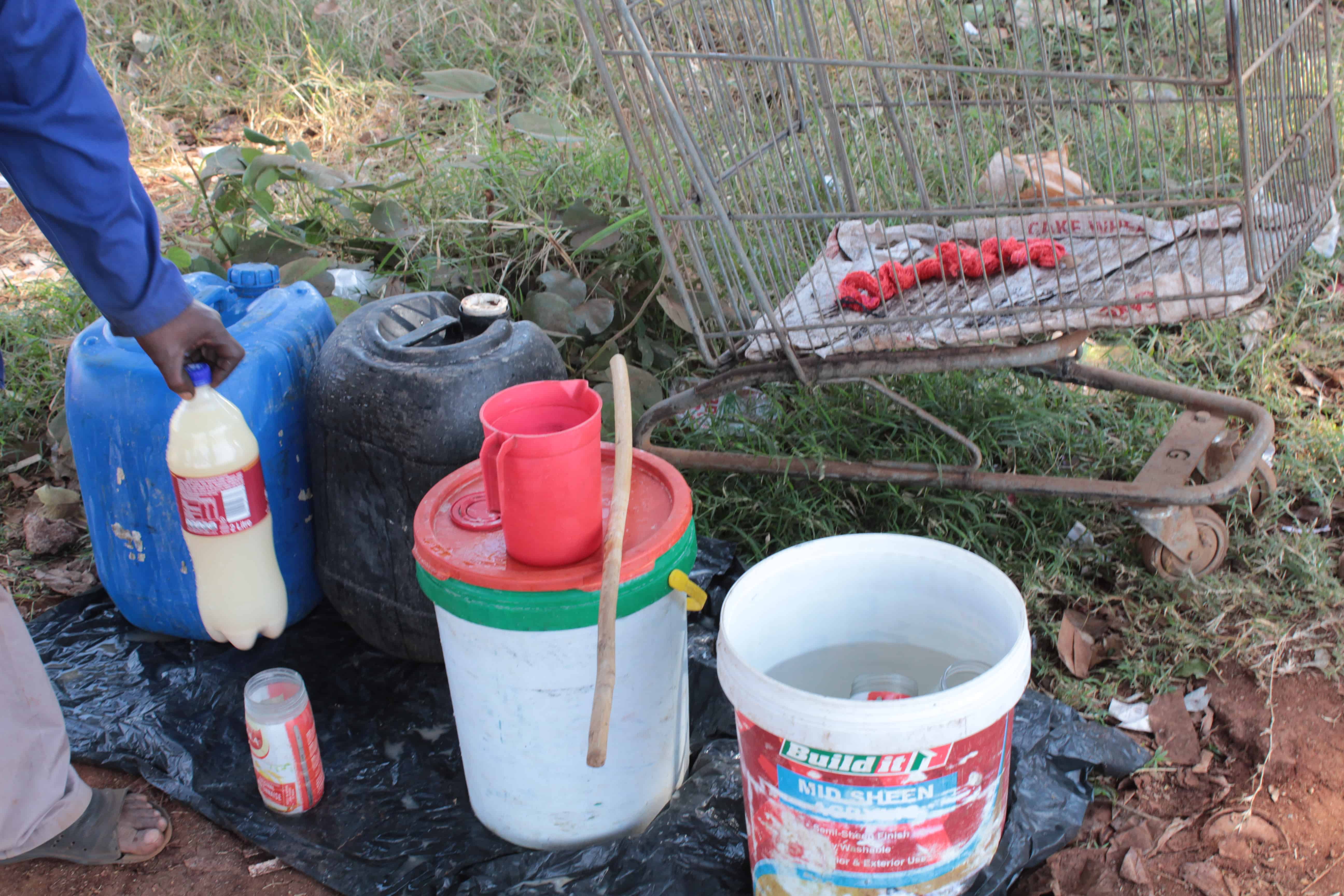 Mainganye Mathavha says drinking traditional beer has been a part of his life since he was a teenager. Photo: Ndivhuwo Mukwevho / Health-e

Many villagers in rural Vhembe binge on cheap traditional beer, don’t have access to nutritious meals and don’t exercise – a triple combination that can prove lethal.

“Chronic alcohol abuse causes destruction of liver cells, which results in scarring of the liver, alcohol hepatitis and cellular mutation that may lead to liver cancer,” Muremela says. Alcohol abuse has many other health risks beyond possible weight gain and a damaged liver, such as high blood pressure, high triglycerides, heart disease and insulin resistance.

“Although most traditional African beers take time to damage one’s liver, most people who drink it excessively are more at risk of developing medical conditions, such as obesity, because alcohol abuse often stops one’s body from burning fat. It can also lead to people choosing unhealthy junk food when they are drunk,” Muremela adds.

Alcohol abuse has also been named as one of the main culprits that lead to non-communicable diseases (NCDs), a 2019 study in The Lancet reveals.

Another study, published in the Nature International Journal of Science earlier this year, found that the global rates of obesity among people who live in the countryside are rising faster than those who live in the cities because there’s greater access to healthier foods and places to exercise in urban areas.

Mainganye Mathavha (35), of Lwamondo village outside Thohoyandou, has been drinking Tshivenda traditional beer since he was 16. He says the beer makes him full.

“I cannot go a day without drinking it. A single bottle costs less than R10. I do not care what it does to my body and health as long as I’m happy I will keep on drinking it,” he says.

Lufuno Mudau (38), from Tsianda village outside Thohoyandou, says he drinks a two-litre bottle of homemade traditional beer every day, and it has become part of his life.

He blames his alcohol habit on a lack of recreational activities in the village.

“The problem is that we have nothing better to do. We have plenty of time to indulge in alcohol and traditional beer is very cheap; one can drink for the entire month without spending more than R300,” he explains.

Meanwhile, over the last few years, grannies in many rural villages within the Vhembe district have started to play soccer twice a week. They say the regular sport not only keeps them fit and healthy but also prevents them from overindulging in traditional beer. – Health-e News.