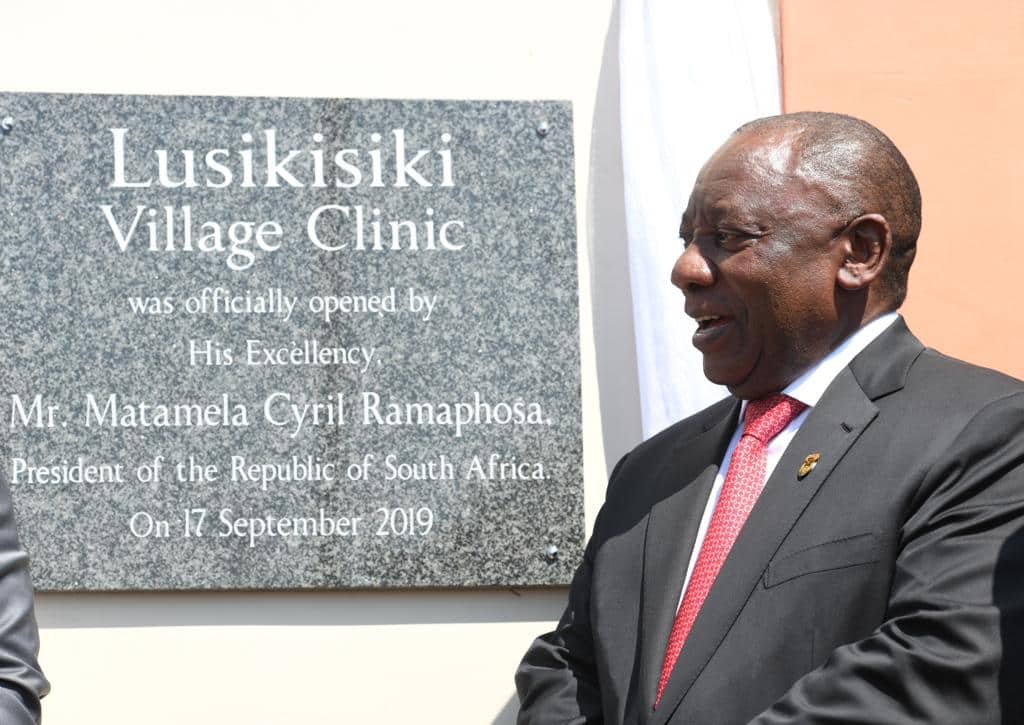 The Lusikisiki Village Clinic was officially opened by President Cyril Ramaphosa in the Eastern Cape on Tuesday. The clinic was closed in 2012 despite protests from community members and activists fearing that the move would leave a large of patients unable to access their chronic medications.

Health-e broke the story of the troubled clinic abruptly closing its door to patients who relied on it for basic health services. In 2013, Lusikisiki Village Clinic served up to 7 000 people a month in Qaukeni sub-district in the Eastern Cape.

Almost seven years ago, a notice was posted on the Village Clinic door that informed patients the clinic would be closing at the end of the year. With no explanation, the department of health advised patients to go to St Elizabeth Gateway Clinic, about a kilometre away. But they were turned away told they needed referral letters from Village Clinic. 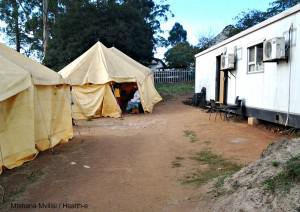 The Eastern Cape health department decided to close the clinic after it failed to pay rent in the building it was leasing. A “new” clinic of erected tents with no proper sanitation, electricity or running water replaced it. In these tents, refrigeration for drugs such as vaccines was a problem — which meant parents would need to go to St Elizabeth Gateway Clinic for vaccinations because there were not enough vaccines. There was also no privacy in the tents, which meant that procedures such as pap smears couldn’t happen.

The community was unhappy and they approached the Treatment Action Campaign (TAC) which pressured the provincial health department and threatened litigation which resulted in a settlement. This led to the construction of a temporary clinic.

Accompanied by his cabinet, which included the Minister of Health Dr  Zweli Mkhize, Ramaphosa told the community that the new permanent structure is what the future of the  National Health Insurance (NHI) is really about.

“The real NHI that we would like to see is spreading throughout the country.  Lusikisiki Village Clinic is one of the largest ones which sees about 65 000 patients annually.  It is well staffed with professional and knowledgeable staff, such as therapists, professionals dealing with occupational issues and there is a resident doctor,” he said. 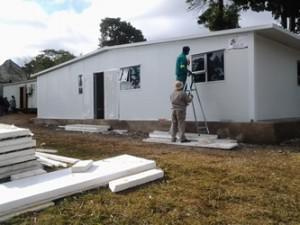 A temporary structure was erected after a settlement between the health department and TAC.

The clinic is one of the country’s identified NHI pilot sites that aims to provide more equitable access to healthcare.

The facility is a world-class type medical facility, Ramaphosa added, with committed staff and a digitised patient information system.

TAC’s district coordinator Noloyiso Ntamehlo said the organisation is delighted by the quality services provided and it’s been a long walk to ensuring that the Lusikisiki community access decent health services.

The pressure from the TAC led to the construction of the temporary clinic even before plans to build a permanent clinic were confirmed.

He said: “We are delighted about the clinic it showed that civil society groups play a big role in the country, but I am unhappy that the government did not mention that they were pushed by TAC to finally do their work.” – Health-e News