Home » Putting the ‘U’ back into Universal Health Care: Do South Africans know what the NHI is?

Patients have shared their experiences at various public clinics in the North West. (File photo)

While the country’s draft policy for bringing universal health care to all bewilders many, long waiting times at health facilities, drug shortages and clinics not operating for 24 hours, remain the biggest concerns they face.

Putting the ‘U’ back into Universal Health Care: Do South Africans know what the NHI is?

NEW YORK – On 23 September 2019, heads of states will be gathered for the United Nations High-Level Meeting on Universal Health Coverage (UHC). South Africa, and other UN member states, will sign the political declaration which has already been prepared at the UN General Assembly. This high-level meeting comes during a time where South Africa is grappling with its version of UHC, the National Health Insurance (NHI).

It’s been a little over a month since health minister Dr Zweli Mkhize tabled the NHI Bill in Parliament. There’s been plenty of analysis about the good, the bad and ugly of the government’s policy for “universal health coverage for all”.

According to Mkhize, the main function of the Bill is to establish the NHI Fund which will purchase all core health services on behalf of all South African citizens and certain categories of foreign nationals. By 2026, medical aid schemes will only be limited to cover “complementary” services not provided by the NHI Fund.

There have been concerns on whether the NHI Bill in its current form will be able to address the problems in the South African health system and prevent its rollout from being captured by private or political interests. While discussions around universal health coverage in South Africa have been happening since before the dawn of democracy, the concept of equal health for all has gained more attention in the public over the last decade or so. But, the conversation has mainly been driven by political and private interest groups, health experts and very rarely by those who would be most affected. 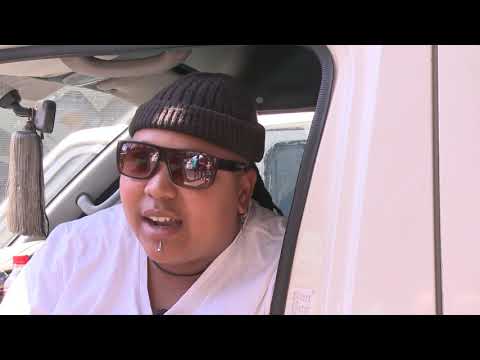 But do ordinary South Africans know what the NHI is and how it could change their lives? According to Statistics South Africa: “As many as 45 million, 82 out of every 100 South Africans, fall outside the medical aid net and as a result are largely dependent on public health care”.

Health-e News has asked people across South Africa if they know what the NHI is and how it could affect them. While the concept continues to bewilder many, South Africans are clear on what they’d like to see improved in their public health facilities. 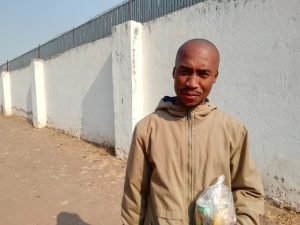 Thapelo Nkoane (27) from Tembisa has heard about the NHI but doesn’t know how it’s going to work or where the funding will come from.

He’s concerned about some of the challenges that his community currently faces. “The long queues at clinics and hospitals are still a big problem that we have to deal with every time we seek medical assistance. Sometimes files go missing because there seems to be a lack of proper filing systems,” he says.

Nkoane is worried about the shortage of medication and lack of privacy at clinics. He doesn’t think that the government is doing enough to inform citizens about the NHI and believes imbizos should be held to educate them. 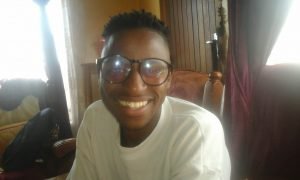 When asked about his knowledge on the NHI Bill, Lebohang Pharoe (24) thought it was an international health day. Having cared for his mother until she died, Pharoe has first-hand experience with the health system.

He also cites drug shortages and long waiting times as some of the biggest challenges he’s faced in public health facilities.  Although he believes universal health care is possible, he says it will take years before the people of Botshabelo, in State, can actually benefit from it.

He thinks radio and social media are the best means government can use to tell people about NHI. 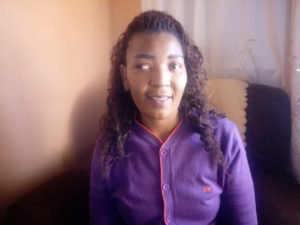 “I have heard something like that on the news but [I] just became oblivious to it,” says Mmabatho Madikgetla when asked if she knows about the NHI Bill.

After receiving an explanation, she hopes the NHI will alleviate the persistent problem of medicine shortages. 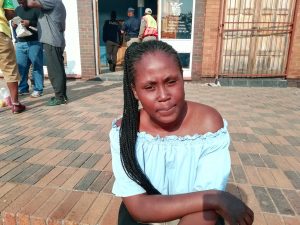 Meanwhile, Kamohelo Shandu (20) says she has never heard about NHI and believes that community programmes should be put in place to educate and inform the community about it.

She is also unhappy with the treatment that patients receive at health care facilities.

“The nurses are very rude and shout at patients,” Shandu says.  “Another problem is the shortage of staff which affects service delivery and patients distrust staff which contributes to them not wanting to seek help at clinics.”

Meanwhile, civil society organisations have also critiqued the UN’s declaration for the deletion of sexual and reproductive health and its silence on the needs of lesbian, gay, bisexual, transgender, and intersex (LGBTI) people.

“Universal Health Coverage dominates the discourse on global health policy today. It can be interpreted in multiple ways, but its dominant discourse seems to be favouring market-based neoliberal reforms. We are concerned that the High-Level Meeting may end up reinforcing the same,” People’s Health Movement, Partners In Health and other organisations said in an assessment prepared ahead of the meeting.

Additionally, a group of civil society organisations that advocate for LGBTI rights are calling on all heads of state, political and health leaders to express their commitment to ensuring LGBTI people’s access to health services, as an essential part of achieving universal health coverage.

“We believe universal health coverage is unattainable unless LGBTI people everywhere can access quality, affordable, evidence-based, comprehensive health services, free from stigma and discrimination. If LGBTI people are ignored and sidelined in country commitments for universal health coverage, the world will fail in its promises to leave no one behind,” reads the petition. 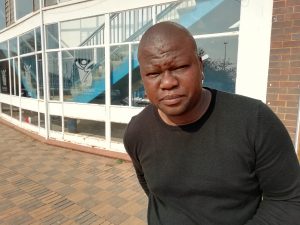 Clifford Phohu (31) has seen news reports about the Bill but doesn’t know how it is going to work.

He says that health services in Tembisa have reached crisis levels. “People receive poor treatment from nurses and the long queues are unbearable.

It is a huge crisis and out hospital [Tembisa] is known for being in a crisis mode.” He also believes that the government hasn’t done enough to ensure that people are well informed about the NHI Bill and suggests that workshops be conducted by the government to inform communities about it. 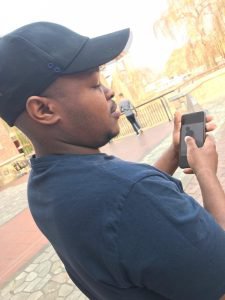 Edwin Moilwa, a retail worker in Potchefstroom says he has been hearing about the NHI for quite some time and has been following it, but says that it doesn’t sound like a well-thought plan.

“I think I heard about the NHI last year or two years back, and I have been following it. To me it seems like it wasn’t well planned, it seems like another entity that’s going to fail, get a bailout from government and open a platform for corruption,” he says.

Moilwa says the NHI would impact badly on the current health service delivery. “I heard some doctors are threatening to leave because of the NHI so with the current challenges we are facing in the health sector, it might make things worse.

It doesn’t touch on important things like building more hospitals, building more clinics, getting more ambulances, increasing the number of health care workers, improving our public hospitals, it seems like government saw that medical aids are making money, so they are also after that.” 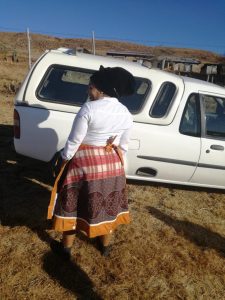 Zusakhe Zwezwe from Khanyayo says: “First of all, I don’t know what NHI stands for, it’s new to me. Government always implements new things while [things] implemented before are still challenging. As we speak, in my community we don’t have a clinic nearby, we need to go to Holy Cross Hospital to [get] help, or hire cars because ambulances take time to arrive.  If government wants to improve ordinary citizens’ understanding of the NHI, it should delegate people that will spread the word, giving people information even in rural areas, not only in townships because that’s what government does.” 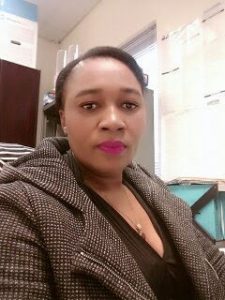 Nomakhaya Nqezo from Palmerton says it’s too soon to implement it. “As far as I know the government will face challenges on implementing the NHI programme. As we speak, government is failing to [build] proper roads in rural areas. In Palmerton, we are struggling when it comes to health service delivery.

The community clinic has a shortage of staff and treatment. People need to go and seek help from other health care centres or in hospitals, especially those who depend on medication.“Government is not doing enough to teach our people about NHI. We heard some people talk about such things, [but] there is a lack of information,” says Nqezo.

“[Most people aren’t] familiar with it and if this really can change people’s lives, the government must educate people soon. So far I don’t think NHI can make a difference except only [to] those individuals [who] will get tenders to supply.”