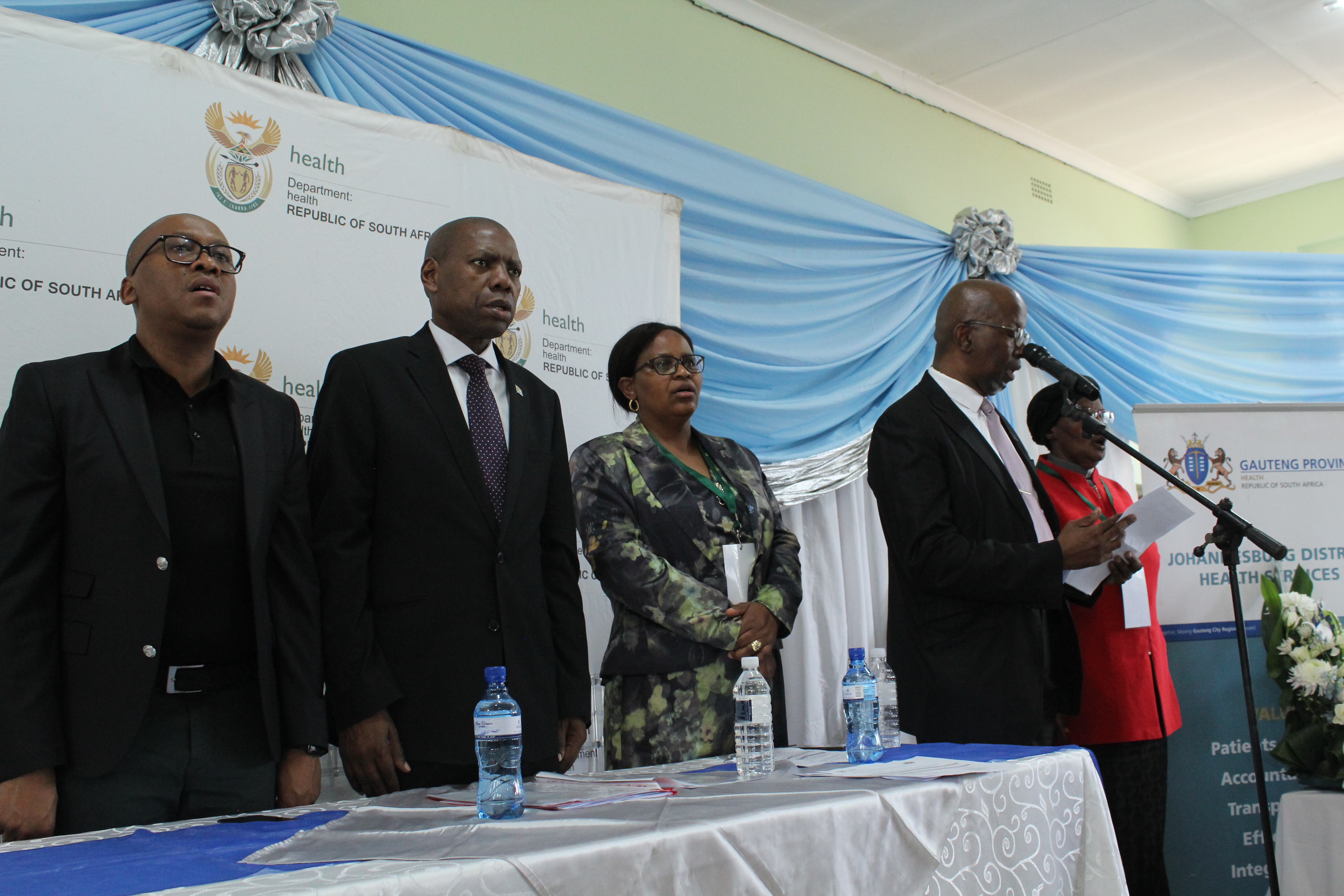 Currently, the health promotion levy — implemented in April 2018 — is almost half of the World Health Organisation’s recommendation which research has shown could be more effective.

“The minister cannot proclaim on the actual number as that is the business of Treasury [but] he supports the principle of the sugar tax,” she said.

This comes after Health-e asked Mkhize whether or not he in favour of the World Health Organization’s recommended 20% levy on sugar-added beverages.

“We support that there should be a reduction in the content of sugar in drinks and in consumable foods. All that has to be about the overall culture of getting people to take less sugar and take less starch, try and keep a balanced diet which is healthy and recommended so that we can avoid diabetes,” Mkhize told Health-e.

Mkhize and other health officials were commemorating World Diabetes month, the Minister of Health Dr Zweli Mkhize took to Alexandra township and raised awareness about the impact of diabetes on individuals, families, the health system and society at large. This was in line with this year’s global theme for World Diabetes Day “Family and Diabetes”.

“Every South African has been affected by diabetes — whether directly or indirectly. For those who have experienced or witnessed the complications of this deadly disease, it can be devastating and disruptive for families and communities,” Mkhize wrote in Health-e last week.

In April 2018, government introduced an 11% Health Promotion Levy on all sugar-added beverages. The tax was introduced as a way to discourage people from drinking sugary drinks in an attempt to stem non-communicable diseases (NCDs), particularly diabetes, heart disease and strokes.

But over a year since the levy was implemented, activists and researchers say this is not enough. Mathematical modelling done by the Wits School of Public Health’s research tank PRICELESS SA, published in Plos, indicates that a 20% tax on sugary drinks would result in 220 000 fewer obese South Africans and contribute up to R7-billion in revenue that could be used to fund health initiatives.

Pitso Molemane has been living with diabetes for about 35 years and said people must eat healthily and exercise in order to fight diabetes.  “I have gone under so many complications with diabetes, from minor stroke to your heart attack and all that,” he added. “At that age, I was not even aware of what diabetes is.”

According to Molemane, NCDs such as diabetes are scared of physical activity and healthy eating. But living a healthy lifestyle is a challenge because unhealthy food is easily accessible — especially in low-income black communities such as Alexandra. According to 2018 research published in the South African Health Review, the distribution of healthy food outlets is unfairly skewed towards suburban areas in Gauteng. These areas — mostly populated by affluent residents — have the highest number of stores with healthier food options. The inner city of Johannesburg and in black communities also had a high concentration of fast food outlets.

There are two things that can deal with diabetes, healthy eating as per what the dietician is telling you to do, also exercising a lot, but very important is that you need to take your medication as per the orders of the doctors.

Gauteng Health MEC, Dr Bandile Masuku said, diabetes is one of the diseases that continuously burden the province’s health facilities. However, he added, diabetes can be prevented more especially type 2 diabetes because it can be prevented and can be controlled.

Masuku said diabetes awareness is also part of the National Health Insurance (NHI) discussions that are currently underway. “NHI cannot be sustainable if we don’t control some of these diseases like diabetes,” he said.

Mkhize urged all South Africans and their families to adopt and maintain healthy lifestyles by eating healthy meals, exercising frequently and by regular health screening and testing to avoid preventable and manageable diseases such as diabetes.

“Diabetes is now amongst us, what is important is how do we deal with it, we must also learn to be specialists on diabetes, it’s very important to know the symptoms.”

According to Mkhize, if implemented, the NHI will play an integral role in ensuring patients living with diabetes have an uninterrupted supply of medication. “The NHI will create funds for the country to be able to organise the best [chronic] treatment,” he added. Mkhize did not elaborate on how he or the health department envisions the procurement of chronic medicine to operate under the NHI Fund.

The national health department has also launched a new campaign focusing on cancers and diabetes, the aim of the campaign is to encourage South Africans to go to for early screening.

Mkhize said: “There is a new epidemic growing out there. All our [health facilities] are going to be ready with early screening, early information and early interventions in those kinds of diseases.” – Health-e News