Home » Young men learn how to properly put on a condom 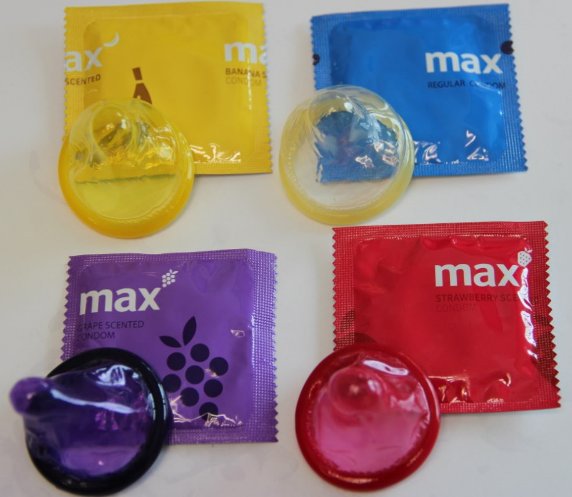 It’s a misconception that all men know how to put on a condom. So this organisation teaches and promote men’s sexual health.

At a workshop in Saulsville in Atteridgeville attendees demonstrate how to put on a condom using a toy penis. Until today, most of them didn’t know the right way to wear a condom, what a condom in a  good condition looks like and where to store it safely.

“This workshop has been designed to promote men’s sexual health and prevent HIV among boys and men,” says Tyobeka.

About 68% of men between the ages of 15 and 24 reported using a condom the last time they had sex, according to the latest HIV household survey and has stayed the same over the past decade. In 2016,  the department of health rebranded the male condoms – previously called ‘Choice’ and now ‘Max’ to promote condom use.  The news condoms came in flavoured options intended to appeal to younger people.

Man Package is a series developed by Community Media Trust, an organisation that specialises in communication in the fields of health and human rights.

According to Tyobeka, many men in these workshops fail to answer basic questions on condom use.

He explains: “Condom use is important with a partner, not only to prevent pregnancy, but infections [too]. When a guy wears it, he must leave a space in front else the condom will burst. If you store your condom, don’t store it in extreme heat or unsafe areas otherwise it’s likely to break during sex.”

Tyobeka says young people have a tendency of putting it in their wallet in their back pocket and are most likely to sit on it. Another discovery which surprised most male attendees was finding out that it is possible to contract infections by inserting a finger in their partners’ vagina if they have cuts or open wounds on their fingers.

“Most young men are not aware of this. It seems as if this act – of putting fingers inside their partner’s vagina before sex – is [common] among males yet [can be] be risky,” he explains.

Participants were also given an opportunity to address their peers. One man warned against using manipulation to avoid using a condom. Aubrey Polo says it has serious implications for both women and men.

“Stop trying to cheat women by manipulating them so that you can just have sex without a condom. This is just short satisfaction because you are not only destroying her but your future as well.” – Health-e News